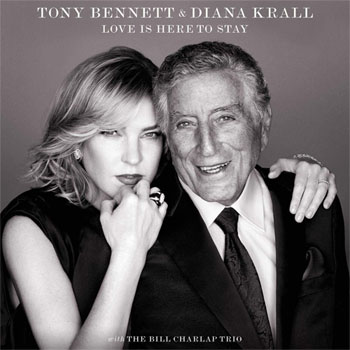 Tony Bennett & Diana Krall – Love is Here to Stay
Tony Bennett is an American institution (watch for my interview with him, coming soon). At age 92 he’s still going strong, long after most all of his contemporaries have left us. Diana Krall is only a bit over half Bennett’s age, but she’s well established as one of her (my) generation’s finest jazz vocalists. It’s fitting – if not inevitable – that the two would eventually team up for a sultry stroll through the Great American Songbook. With superb backing (Bill Charlap Trio) the two tackle a dozen songs the likes of which won’t surprise listeners. But the seeming effortlessness with which they deliver the songs is a true delight. Bennett’s voice is surprisingly like it was decades ago, and Krall could – as the shopworn saying goes – sing the telephone book and it would sound great. Everything about Love is Here to Stay is understated, but when you’re these cats, there’s nothing to prove, so you do it the way you want. Bennett and Krall are so assured that they happily give space for pianist Charlap trio to drop in the occasional tasty solo, too. The pair’s classic phrasing and smooth back-and-forth is spot-on. Each takes a solo break (for Krall it’s “But Not for Me,” and for Bennett it’s “Who Cares?”) that’s a delight, but it’s the pairing-up that really makes this disc special. 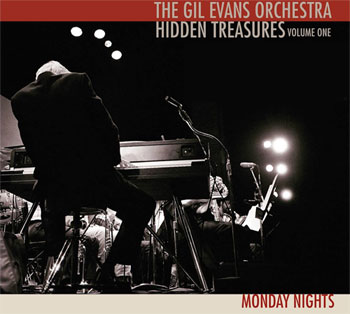 The Gil Evans Orchestra – Hidden Treasures Volume One: Monday Nights
Gil Evans was a giant of jazz; he was a key figure in the development of several substyles. To some, he’s best known as a Miles Davis associate, but there is much more to his work. Evans passed away more than 30 years ago, but today his band is led by his son (pointedly named Miles Evans). And all of the thrilling ambience of the elder Evans’ work is on display in tis 21st century recording. Ten core musicians (including Gil Evans associate and brother of bassist Tony, keyboardist Pete Levin) are joined variously by auxiliary players . Some of them are fairly obvious choices (the ubiquitous but undeniably talented Paul Shaffer, for example), while others are quite unexpected (guitarist Vernon Reid on trumpeter Miles Evans’ original Steely Dan-flavored number “LL Funk”). The set is a tasty mix of classic and more modern (urbane funk-jazz) approaches, and it all works. Even when synthesizer is used (as on the orchestral-tinged “I Surrender”) it’s done in a tasteful way that’s fully integrated in to the arrangement, never showy or scene-stealing. This set is a fine collection worthy of its namesake. 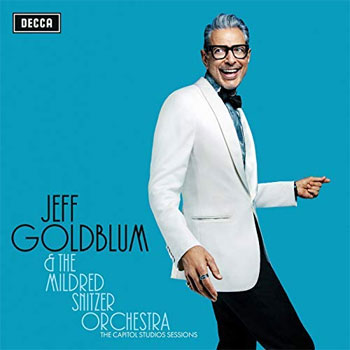 Jeff Goldblum & the Mildred Snitzer Orchestra – The Capitol Studios Sessions
There is, I think, a healthy tendency among critics to look upon potential busman’s-holiday efforts as just that. Such a perspective brings skepticism to album releases by artists better known as actors. That said, Jeff Goldblum knows how to play that piano, and he lead s a band. His quirky persona meshes well with a swingin’ cocktail-vibed collection of vocal jazz numbers featuring talented friends. Using a proven approach favored by the great Cannonball Adderley, Goldblum assembled band and audience in an ersatz club inside the Capitol Records building. With a peerless selection of songs – the set opens with Herbie Hancock’s soul jazz classic “Cantaloupe Island” – Goldblum and band deliver in a big way. There is, of course, little about The Capitol Studios Sessions that identifies it as a current-day recording. What does give it away is the onstage guest list: Haley Reinhart, Imelda May, trumpeter Till Brönner and a surprisingly competent Sarah Silverman. The band really cooks – simmers, actually – and Goldblum is a superbly expressive pianist. Even chestnuts like “Caravan” are performed in a way that feels both true to the original spirit and some combination of timeless and modern. A delight. 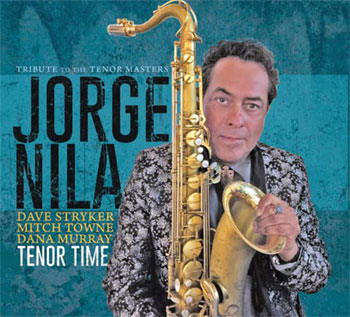 Jorge Nila – Tenor Time
The tenor saxophone holds an important place in the history of jazz. On this new recording, Jorge Nila pays tribute to the masters of the instrument, a list that (from his perspective at least) includes Lester Young, Dexter Gordon, Hank Mobley, John Coltrane, Wayne Shorter, Stanley Turrentine, Joe Henderson, Sonny Rollins, Sonny Stitt and Harold Vick. It’s hard to argue with those choices, nor with the songs chosen to represent each of them on this album. Some of the choices are expected (“Soul Station in tribute to Mobley) but Stevie Wonder’s “Rocket Love” is an unexpected choice that still fits in well among the older classics. Nila’s band is small (guitar, drums and organ); while there’s plenty of ensemble playing and individual soloing, that configuration keeps the focus primarily on the horn. 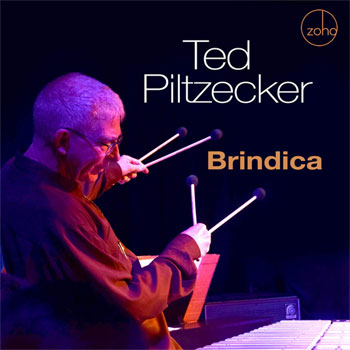 Ted Piltzecker – Brindica
It’s not all that uncommon for a jazz player to be a multi-instrumentalist. But trumpet and vibes are an unlikely combination. Though he studied at the Eastman School of Music as a trumpeter, Ted Piltzecker ended up playing the vibes. And that’s fine; that storied instrument is among the most expressive and lively tools in the jazz idiom. Here, Piltzecker plays nearly as much marimba, a similar instrument, albeit one with a slightly more gimmicky sound. It’s when he moves over to the vibes that he really shines. The rich interplay between the band (various combinations of some 16 players) is the true star of this set. The tracks are nicely varied, showcasing the vibraphone’s appeal across a wide array of jazz styles. Piltzecker is equally at home playing with understated nuance as he is tearing up the scale.