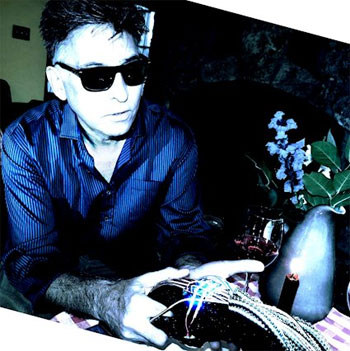 NYC post-punk artist Les Techno aims for a dance pop vibe on “Guilty Pleasure.” Don’t be scared off by that description. There’s a gritty feel to the song that places it in a kind of male-version-of-Blondie category. Nicely treated guitars and stuttering percussion has a vaguely late ‘70s feel, miles away form what passes for current-day dance pop. Dissonant guitar leads toward the song’s end give it a pleasantly disorienting character that (perhaps only vaguely) suggests Lodger-period David Bowie. With a vocal that seems to recall Lou Reed and Jonathan Richman, “Guilty Pleasure” is a pleasurable track; one needn’t feel the least bit guilty listening to it.