A Conversation with Producer Chris Thomas 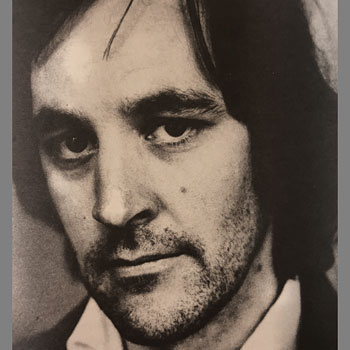 Chris Thomas in the ’70s

Chris Thomas is among the most celebrated and admired record producers of the rock era. Beginning with the Beatles, he went on to work with many of the top acts of the 1970s and beyond. His list of credits includes production work for Procol Harum, Roxy Music, the Sex Pistols, Wings, the Pretenders, Pete Townshend, Elton John, the Human League, INXS, U2, David Gilmour and many more.

Relatively early in his career, he was brought in to mix Pink Floyd’s The Dark Side of the Moon. Around that time he was also working on a succession of albums by Badfinger. And it was last fall, in connection with new reissues of that group’s Warner Brothers era material that I got the opportunity to speak with Thomas – who does few interviews – about his life and work.

When Badfinger arrived at Caribou Studios to begin work on what became Wish You Were Here, they didn’t have songs already written. Doesn’t that present a challenge for a producer?

Well, in some ways that was very similar to Roxy Music. When I started working with them, the first track I did was “Do the Strand.” We recorded it that first night;, it had been completely written, they’d rehearsed it, and they knew what they were doing and so it was very quick to record. And when I came to do the [1973] Stranded album, nothing had been written, so we went in there and really just put down things with just the right drums and keyboards. We started building up the backing tracks bit by bit, because none of the lyrics had been written for any of the songs on Stranded.

So there’s no set pattern necessarily for any one band; they’re all going through their own particular phases.

Back in the 1970s, was it your approach in the studio to record and capture layers of instrumentation – more material that you could eventually use – and then sort of sculpt a finished product out of those elements?

Oh, no. I would already have made those decisions before I mixed it. So if there’s something very quiet in the background, it was meant to be there all along, very quiet in the background. Whenever I mix something, from the moment I start a song I tend to work through till the end, so quite often mixing is just a refinement of what’s there. I rough mix it sometimes; sometimes I’ve done rough mixes and they are on the finished product. On the first Pretenders album [1980], “Tattooed Love Boys” and “Precious” were both rough mixes I did at the end of the night. And then like two months later I thought, “Well, I’m not going to mix those again; they sound perfect!”

There’s kind of an immediacy in doing it that way…

Absolutely. And that’s always been the case with my mixes. I don’t go in there and say, “I’m going to get rid of this, and we’re going to do that.” I’ve already worked it out in my head. Because I would hate to have all those thousand of extra questions to think about while I’m mixing. I’ve already made the decisions by the time I come to mix; mixing is only a refinement.

And even then, mixing is not the finished product for me because what I have developed would be my own production master off the album. So I would decide the spaces [between songs], I would possibly speed tracks up slightly, I would compress them all again, I would add echo again and so on. So if you actually go back to my mix compared to the finished product, it’s not there yet. The whole thing becomes a sort of cradle-to-grave thing, one long seamless line.

Though you weren’t officially credited as such, you were the producer on several of the Beatles’ White Album tracks, and you played keyboards – Mellotron on “The Continuing Story of Bungalow Bill,” harpsichord on “Piggies” and more – as well. Have you been involved at all in the upcoming White Album album re-issue that’s going to be coming out in November?

And the same for Ken Scott. We are two of the few people still alive who knew what went on, and they have shown absolutely … they’ve produced the booklet, they’ve done everything without asking one question.

I’m coming to America to Monmouth University in November; they’re holding an event there, so I’m going to that.

As a fan, I’d like to thank you for all the work you’ve done. You’re on a lot of records in my collection.

That’s really kind of you. The biggest thrill in the world is to have somebody enjoy the work that you’ve done, because that’s the reason why you did it in the first place. That’s the only reason, really. So that’s the best compliment in the world.