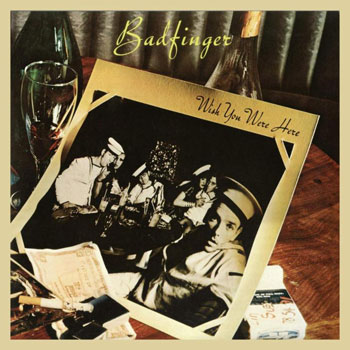 As brilliant as the original mixes of Badfinger’s two Warners albums are, the 2018 bonus mixes shed additional light on the process of making those records. Matovina says that Badfinger’s guitar work – primarily by Ham and Molland, though all four members played guitar – is underrated. The new mixes highlight some of that work. “There’s also their background vocals,” Matovina says. “These albums are deeply layered, which is a Chris Thomas trait. And he might have four, five, six, even eight vocals going on. Now you can break them out, hear who was doing what, and appreciate Badfinger’s amazing chemistry.”

Badfinger always drew from a wide variety of styles, and nowhere is that variety in as sharp focus as on Badfinger and Wish You Were Here. “They were bursting with ideas,” Matovina says. “They could have gone in almost any direction.” The latter album’s “You’re So Fine” (misspelled on every release until now) shows Badfinger’s country-rock side, while “Matted Spam” has funk and soul textures (“Chris brought in saxophone player Jim Horn,” Matovina says). And the pair of medley/suites on Wish You Were Here (“In the Meantime/Some Other Time” and “Meanwhile Back at the Ranch/Should I Smoke”) are ambitiously progressive.

“I came up with the idea of combining songs to actually make one sort of piece of music,” Chris Thomas says. “Which, to be fair, is an idea I copied from the Beatles, from side two of Abbey Road. We had to make an album, and we didn’t really have the material there. And I think the pressure brought something different out of the band.” Thomas says that for Wish You Were Here, the four members of Badfinger were “sort of building the pieces to the jigsaw at the same time they were trying to fill in the spaces.”

Each of the two album reissues features a new track. Badfinger’s “Love My Lady” and Wish You Were Here’s “Queen of Darkness” are both written by Tom Evans. “Chris told me that there was never any favoritism shown toward any one member’s material,” Matovina says. The two Evans songs simply didn’t make the cut in an era when an album’s length was typically limited to 44 minutes.

There would be plenty of creative give-and-take in the making of Badfinger’s two 1974 albums. Thomas witnessed firsthand the inventiveness of the musicians. “Pete Ham could play a guitar solo, and then we’d play the tape backwards. And the backward guitar solo would be the notes that he wanted.”

Recorded interviews of Badfinger from the Warner Brothers era are rare, but the documentary nature of the band’s songwriting often gave the clearest picture of its members’ emotional state. “The song lyrics jump out at you,” Matovina says, citing Molland’s “Got to Get Out of Here” on Wish You Were Here as one of many examples.

Thomas says that the external pressure on the band did have unexpected positive effects. “It gave me an opportunity to experiment a bit more,” he says. With his trademark modesty, the man who had already worked with the Beatles and produced albums by Roxy Music and Procol Harum (and was mixing Pink Floyd’s landmark The Dark Side of the Moon) characterizes his level of experience during the making of Badfinger’s Warner LPs as “early days. I was sort of growing in all the things that I was learning as well.” 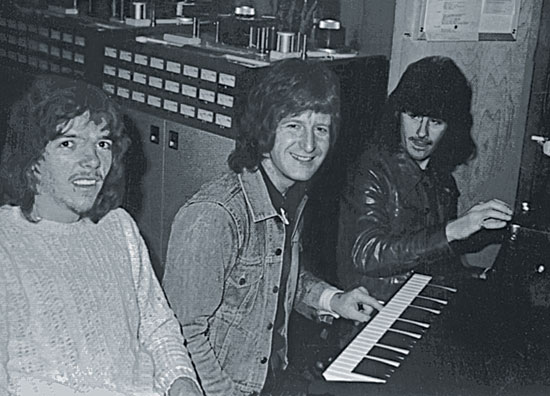 Other than the four band members, producer Thomas and engineers Phil Chapman (on Badfinger) and Jeff Guercio (on Wish), few others were involved in the primary sessions that yielded the two Warners albums. After Badfinger finished work on Wish You Were Here, Thomas and engineer Bill Price continued production at George Martin’s AIR Studios. Working with scores by Anne Odell, a friend he knew from the Royal Academy of Music, Thomas added horn and string arrangements, using the Martyn Ford Orchestra.

Thomas had recently produced former Velvet Underground violist John Cale’s Paris 1919. “I knew John was a fantastic orchestrator,” Thomas says, “and I knew I could work well with him.” So he invited Cale to meet the band.

Working in the studio, Thomas says that Badfinger were solidly professional; on their off hours, they did partake of illicit substances. And at the time of the Cale meeting, guitarist Molland wore a file or spoon on a chain around his neck. He had just finished making use of it when Cale arrived, “eyes blazing,” in Thomas’ words.

“While he was talking,” Thomas recalls with a hearty laugh, “John pulled out an envelope, and shoved a drinking straw – like you’d get with a McDonald’s milkshake – into the envelope.” With one big snort, he consumed the entire contents of the envelope, “probably what Joey would have consumed in an entire week! It was so funny, and the look on Joey’s face was one of pure terror.” 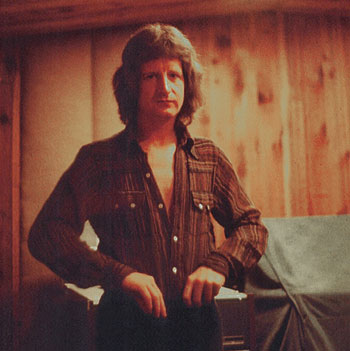 In the end, Cale didn’t show up for the brass and string overdub sessions, so Odell got the gig and created masterful arrangements. Thomas is effusive in his praise for Odell’s work on Wish You Were Here. “Those fade-in and fade-outs and discordant things that open ‘In the Meantime’ are completely Anne’s ideas,” he says. While Thomas knew from the start of the sessions that he wanted orchestration on certain tracks, he says that Odell “did a brilliant, absolutely wonderful job.”

With the benefit of hindsight, Thomas agrees with the critical consensus that he did a better job on Wish You Were Here than on the previous album. For 1974’s Badfinger, he says, he was presented with “songs which were sort of pre-written, so it was just a question of recording them.” For Wish You Were Here, he took a major role in developing the arrangements (“That’s the main thing I do,” he says), and played a good bit of (uncredited) keyboards as well.

And once Wish You Were Here was complete, Thomas knew that the band had something special. “That was definitely the pinnacle of the records that I’d made up to that point,” he says. “Even today, there’s very, very little I would change on it; I loved it. As I say, I was given such free rein that it was really exciting.” Sadly, Warner’s recall of the record from retailers kept the world from hearing Badfinger’s new music.

Even though all of Badfinger’s Apple era albums has been reissued with bonus tracks, and the band’s post-Warners era record Head First finally got official release in 2000 (Matovina was instrumental in that project as well), the vaults haven’t been swept clean of gems. “To be honest, there’s quite a bit still unreleased,” Matovina teases. “And I think in time it will come out. As slow as it’s been, I think Badfinger will get their day and proper due.”