I’ve been doing these hundred-word reviews for many years now; they’re a handy way to communicate my enthusiasm for new and newly-reissued albums without taking the time for a deep-dive critical assessment. Here’s my second installment for 2019, featuring five new titles along with five reissue, compilation and/or archival releases. 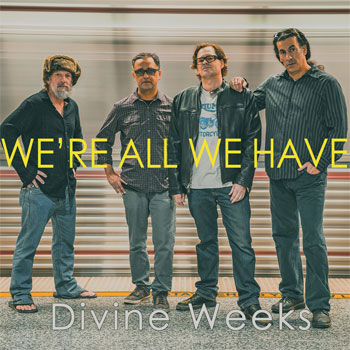 Divine Weeks – We’re All We Have
If you’re of a certain age, you may remember MTV and videos showcasing a triumphant, fist-waving vibe that made you feel transcendent. Videos by the Call, U2 and a few others had a soaring vibe that made the tunes something special. I detect that same sonic aesthetic, ineffable as it is, in the music of Divine Weeks. So it’s a bit sad to learn that my only second exposure to the band, We’re All We Have is also the group’s farewell release. We’re All We Have is timeless rock with a superb balance of hooks, power, vocal harmonies and intelligent lyrics. 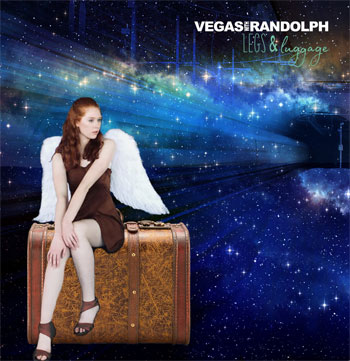 Vegas with Randolph – Legs and Luggage
Notwithstanding the use of a leggy and young – emphasis on young – model on the cover of an album by middle-aged guys (hey, they’re neither first nor last band to do it), Legs and Luggage is another ace set of rocking powerpop from this underrated outfit. The harmonies are strong, the tunes solid and – an absolute requirement for the genre – the hooks razor sharp. Having multiple lead singers gives VWR a serious edge over any perceived rivals. The band is clearly skilled, but unafraid to enlist guests (including Lannie Flowers), making a very good album even better. 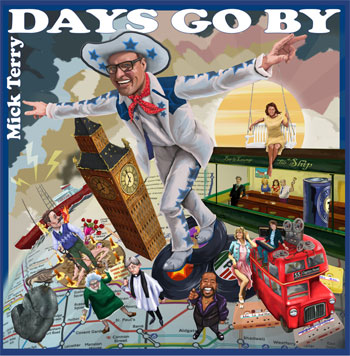 Mick Terry – Days Go By
Nearly every rock artist from Queen to ELO to, well, Mick Terry has endeavored to rewrite Sgt. Pepper’s “Fixing a Hole”. “Rocking in the Photograph,” the opening track on Days Go By, does a fine job on that score. Mick Terry has other musical ideas, too, and he expresses them expertly on this disc. Fine, shimmering melodic tunes are on display here. Terry writes a catchy tune and sings in a style that’s earnest yet unaffected. I hear hints of The Verve Pipe, Gin Blossoms and other song-oriented pop rockers of the last quarter century. That’s meant as high praise. 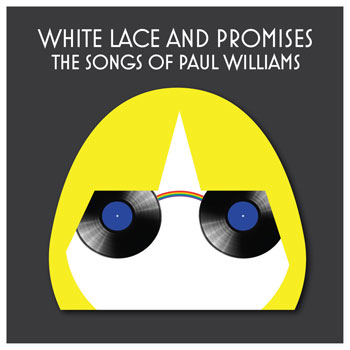 Various Artists – White Lace and Promises
I’m a serious fan of Paul Williams (I’ve interviewed him twice, and he’s as funny and gracious as you might expect). So I was pleased to learn that Andrew Curry – master of this sort of thing – had turned his attention to compiling a tribute to Williams’ songs. By nature, such a collection is often hit-or-miss, but this one is nearly all spot-on. Proving the adage about a great song transcending genre, the best tracks here recast the tunes. Special props to the artists who tackle Phantom of the Paradise material. Hell, even “Theme From The Love Boat” works. 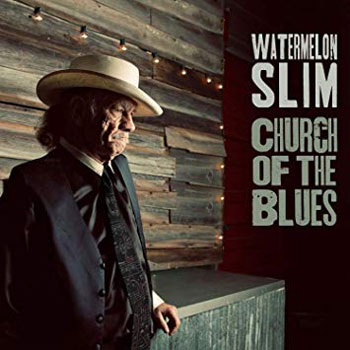 Watermelon Slim – Church of the Blues
For reasons I’ve outlined at length in previous reviews, blues must scale soaring heights to warrant coverage on this site. Watermelon Slim’s new album has no problem meeting and surpassing that standard. This Oklahoma slide guitarist (and singer and harmonica player) positively sizzles. There’s no artifice. Sure, you’ve heard the chord progressions a million times, and the subject matter breaks little new ground. Slim fronts a trio, but enlists the help of some top-notch guest guitarist, singers and keyboardists including Bob Margolin and Albert Castiglia. Church of the Blues may well be the best blues album I’ve heard in years. 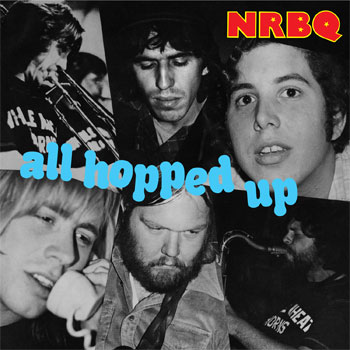 NRBQ – All Hopped Up
At the band’s peak, NRBQ represented something akin to an all-American answer to The Band, except that the Q had a much sharper pop sensibility. Hardcore fans can (and, surprise, do) argue endlessly about which lineup was “best,” but if one sets that pointless exercise aside and focuses on the music, 1977’s delightfully out-of-step-with-the-trends All Hopped Up is a real winner. Made once the group had moved beyond its major-label era, it’s wholly free from artifice and simply wonderful. Al Anderson’s “Ridin’ in My Car” has all the qualities of a breezy ‘70s AM Gold hit (though it wasn’t one). 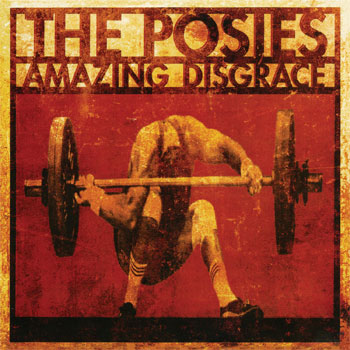 The Posies – Amazing Disgrace
For some, this is the pinnacle of the Posies’ catalog. Others find the harder tone of the album a bit less satisfying than the soaring melodicism of, say, Dear 23. “Daily Mutilation,” for example, rocks as hard as Redd Kross. The band feels – for lack of a better word – angrier here than on previous records. But if one looks beyond the crunchy surface, the tunes are top-notch. And for energy, you simply can’t beat this record. As is their practice, Omnivore and the band have collected a full disc of associated rarities, nine of which are previously unreleased. 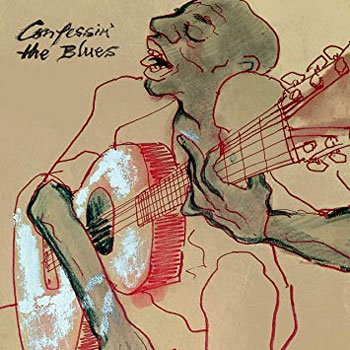 Various Artists – Confessin’ the Blues
Serious fans of the Rolling Stones recognize the group’s early and enduring passion for American blues. Some forget that their early albums were mostly covers. And the best (and really only decent) release from the Stones in the last few decades is an album of blues standards. So a Stones-curated set of the original versions of blues classics makes sense, and it’s welcome. You’ll recognize most every artist here – and many tunes – and the result is worthwhile for both the blues novitiate and the hardcore enthusiast. Plus, they got a proper musicologist to pen the extensive liner notes. 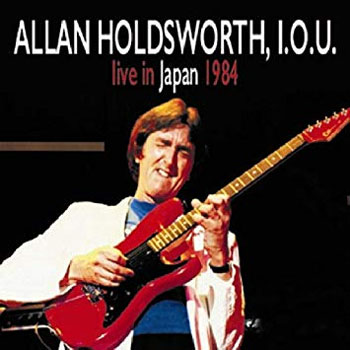 Allan Holdsworth / IOU – Live in Japan 1984
If, like me, you found this disc in your inbox, you might be surprised to discover that – though the sleeve doesn’t indicate – it’s a CD+DVD package. Holdsworth and band are captured here at the height of their prog/fusion greatness. An official release by Holdsworth’s estate, this set is an upgraded, official release of a 1997 unauthorized 1997 release. It documents the last show his band I.O.U. played. This dates from right before he changed direction and began his synth-guitar phase. Gary Husband was gone by this point, but Chad Wackerman (drums) and bassist Jimmy Johnson tear it up. 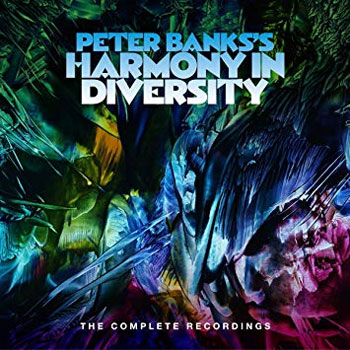 Peter Banks’s Harmony in Diversity – The Complete Recordings
I call it closet-cleaning. Guitarist Peter Banks had a fruitful if sadly unappreciated career, most notably with Yes, Flash and The Syn. But he did a lot else, as the seemingly nonstop parade of posthumous reissues and archival releases is making plain. His group Harmony in Diversity recorded quite a bit, and this package offers up no less than six CDs of material. Recorded over a relatively short period (2005-2007), it nonetheless showcases stylistic versatility, and a few different approaches to music-making. The idiosyncratic liner note essays are essential to understand what this music is and how it came about.