No Way Out: The Curious Case of The Chocolate Watchband (Part Three) 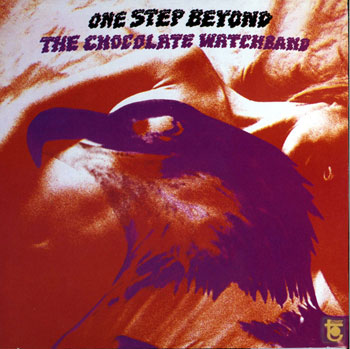 “I can’t think of too many bands that manage to build a reputation through as small a body of work,” says Palao. “When anybody looks at ‘60s garage, ‘60s punk – whatever you want to to call it – the Chocolate Watchband is always going to be one of the first two or three names.”

After his time with the group ended, Aguilar went on to become an astronomy professor, doing work connected with the U.S. government’s NASA program. “I worked with astronauts, I worked with the Hubble telescope repair, and I was one of the first human beings to see what Pluto looked like when the spacecraft sent us the images,” he says. Aguilar left music behind, seemingly for good.

But interest in the Watchband endured, kept alive in part by the inclusion of a track on the Lenny Kaye-curated garage/psych compilation, 1972’s Nuggets. As psychedelic and garage revivals popped up, many acts acknowledged a debt to the Chocolate Watchband.

“The first inkling that something weird was going on was when I would get these random, out of the ozone phone calls from young kids who were big fans of the band,” Aguilar says. “They tracked me down while I was working at an aerospace company. The second indication came in ‘86 when Rolling Stone put out its ‘100 Best Albums’ list. We were #78.” 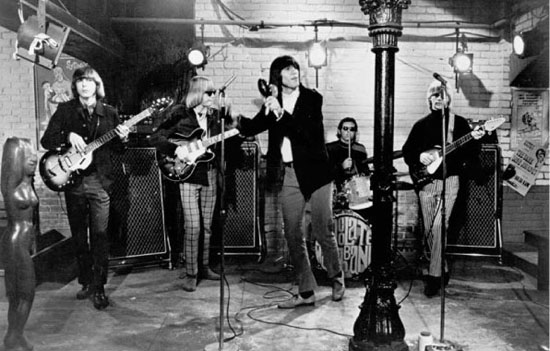 Several years later, Richie Unterberger’s book Unknown Legends of Rock and Roll filled many of the gaps in the Chocolate Watchband’s story, and spurred new interest in the band’s long-deleted catalog. In the late 1990s, publisher, author and musician Mike Stax arranged a reunion of prime-era Watchband. For the event billed as 66/99, he brought together Aguilar, Andrijasevich, Flores and Tim Abbott (a fixture of the post-Aguilar ‘60s lineup); the success of that show led to a tour, and a 2001 album, At the Love-in Live! In more recent years, the reunited group – with journalist-author Alec Palao taking over for Flores on bass – has released new albums and continues to perform live.

A 2012 album, Revolutions Reinvented (reissued in 2015 as I’m Not Like Everybody Else) was a revisionist effort aimed at setting the band’s record straight: it included songs that had been part of the group’s mid-’60s live set, as well as remakes of songs like “Expo 2000,” this time played by the actual band. In 2018, the Watchband released two new singles, along with the promise of more new material.

Today – some fifty-plus years after the release of its debut album – the band that never made it outside California now plays to enthusiastic audiences as far away as Europe. While the 1960s-era Chocolate Watchband never got its proper due, today the group enjoys well-deserved (if belated) acclaim. “We can’t wait to get on that stage,” Aguilar says. “The greatest flattery you will ever have as a musician is when you’re in a foreign country – maybe one where not all of them speak English – and the audience sings your songs back to you while you’re onstage.”

Palao says that the Watchband was “the quintessential … I hesitate to say ‘garage band,’ but they just sort of crystallized that combination of the arrogance and the nerve of the British thing with the way that music on the West Coast was starting to evolve. They nailed it, that particular kind of energy.” Acknowledging that the Chocolate Watchband was never properly represented on albums bearing its name, Palao asserts, “those recordings still added to the mystique – pun intended – of what they were as a band.”

You may also enjoy my 2015 interview with Chocolate Watchband’s Tim Abbott.