Good Takes Take Time
Coming in to a studio session with unrealistic expectations is a recipe for dissatisfaction. “Don’t bite off more than you can chew,” says Harrington. “Be realistic about how many songs you can record within the time you have booked, and always think about quality over quantity.”

Bruce Sales of 2BruceStudio points out, “Recording a good take usually takes longer than expected. Mixing and mastering can take as long as the recording. So it’s best to be prepared with enough time and budget to achieve the best results.”

While acknowledging that every session is unique, Dorion says that a useful guide is to allow “eight hours per song for full-band recordings, with roughly half of that being post-production.” Hilltop’s Reese works with a lot of rap artists. “It’s not uncommon for our rappers to come in and do a basic tracking session for one song in about an hour,” he says. “But it’s also very typical for them to spend two to three hours on a more complex vocal tracking session for a single song.” Sessions involving improvisation or vocal freestyling tend to go on longer, he says. And if multiple takes are recorded, even more time is needed to review and select the best from among those.

If you’re not sure that your budget will allow recording, mixing and mastering a full album or EP’s worth of material, Bishop has a simple suggestion. “Just plan on recording one song and see what’s up,” he says. “Then try again with realistic expectations … and maybe a better understanding of how the process works for you.” 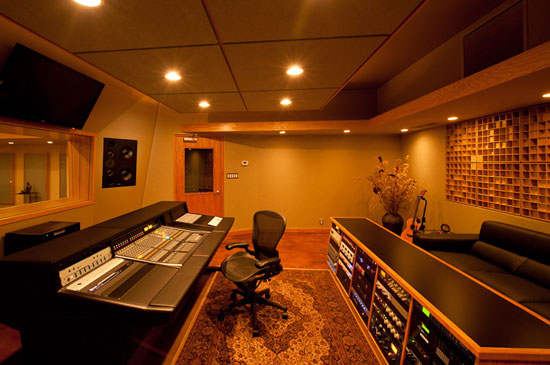 Part of the region’s commerce engine
Audio recording is a relatively small yet vibrant part of the regional economy. According to data provided by Heidi Reiber, Director of Research for the Asheville Area Chamber of Commerce’s Economic Development Coalition for Asheville-Buncombe County, the sound recording industry provides at least 110 jobs in the metro region. For the period 2012-2017, the sound recording industry demonstrated job growth of more than 13%, outpacing the national growth rate (8%) and the rate of growth in North Carolina (4%). For the metro area, Reiber also estimates 92% more jobs compared to an average region.

Revenue generated by recording studios is difficult to estimate, as most studios are privately held and not willing to share revenue data. But it stands to reason that the local economy benefits not only from the studios’ operation, but by the money spent by out-of-town artists who come to Western N.C. to record, stay at hotels and dine out, and hire local session musicians to play on their sessions.

While most of the artists booking time in the region’s recording studios are based in and around western North Carolina, the high quality studios attract national talent as well. Much of the music for last year’s television remake of Dirty Dancing was recorded at Sound Temple Studios; the studio hosted vocal sessions for actor-singers including Bruce Greenwood and Sarah Hyland. R. Lee Ermey, the actor immortalized in the boot camp sequence of Stanley Kubrick’s Full Metal Jacket has done voiceover work at 2BruceStudios.

Good Flow Recordings’ Dorion has done remote recordings with many high-profile artists including Shovels & Rope, Ike Stubblefield and Big Sam’s Funky Nation. Working in the gospel idiom, Crossroads Studio has worked with some of that genre’s biggest names including the Kingsmen; the studio has also hosted sessions by Balsam Range and the Grascals. Popular family band Dave’s Highway has recorded at Sedgwick Studios. 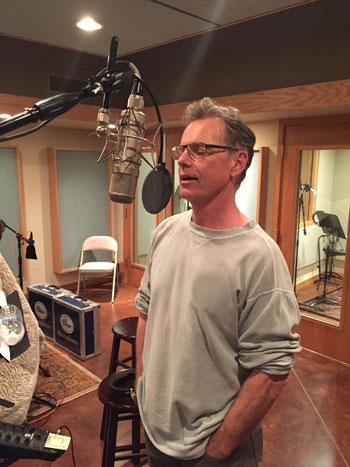 The Eagle Room’s client list has included the Corporation for Public Broadcasting, and the Weaverville studio is a favorite for national-level Asheville artists like the Broadcast, Jonathan Scales Fourchestra and Ben Phan. British psychedelic instrumental band Ozric Tentacles used the Eagle Room as a recording and rehearsal space prior to embarking upon a recent tour.

The Future of Audio Recording
The Do-it-Yourself method of recording music is likely to continue and grow, but so too is the tried-and true method of professional studio recording. Digital technology is streamlining many of the processes that used to require substantial time and effort. “Mixing in the box” refers to creating final mixes more or less on the fly, as opposed to during post-production. Many studio professionals report an increase in artists bringing in in rough tracks made at home; combined with work done at the studio, these projects result in a hybrid home/studio finished product.

In what may be a distressing development for session musicians, Hilltop’s Reese says he has noticed “a decrease in demand for live instrument recordings,” with more artists opting for digitally-generated instrumental sounds. That observation may be purely anecdotal, though; Bishop has observed that more acts want to record in the studio with real instruments. “it’s been a little more fashionable lately to track live,” he says.

Meanwhile, there’s nothing at all wrong with recording at home. But for the Western North Carolina-based musical artist looking to take one’s career to the next level, a solid group of local and professional studios can help make those goals a reality.