Even though there’s an impressively high standard of facilities, engineering staff and gear at the recording studios in western North Carolina, some studios are better suited for specific types of music. Robert George says that at Sound Temple, he tends to “record and mix music that is either acoustic or rootsy.”

At Sedgwick Studios, Andrew Reed often works with artists and bands who have an ambitious musical vision. “We specialize in artists who want to make records like Pink Floyd, Eagles, Fleetwood Mac and even the Beatles,” he says. Other studios focus on a narrower slice of the recording business. “I specialize in adding orchestral sampled instruments,” says Bruce Sales of 2BruceStudio in downtown Asheville.

Hilltop Studios in Boone was designed specifically for vocal work. “We don’t typically work with bands, says co-owner Reese. In contrast, Williams says that “The Eagle Room is best suited for a band with a four-piece rhythm section.” And Saloon Studios Live focuses on recording live performances.

Most studio professionals in the region, however, emphasize their ability and willingness to take on most any kind of audio project. “We do it all,” says Rudolph. “We have recorded bluegrass, Americana, gospel, Christian rock, pop rock and metal.”

“I do metal, rock, rap, country, some jazz and even classical klezmer,” Bishop says. He chuckles inwardly when he looks at his current schedule. “I spent the first half of today mixing a band that refers to its music as ‘gothic fuck jams.’ Next, a lady will come in and record flute on a Christmas song. Tomorrow, I’ve got a couple rap sessions. Friday I’m off, and this weekend I start on a heavy rock, metal EP session.”

That kind of versatility is a hallmark of the region’s audio recording pros. “I work in any genre,” says Eric “Mixerman” Sarafin. “All that matters is that I adore the music.”

Nearly all of the studios in the Western North Carolina region offer a full array of services that extends beyond recording. Mixing (balancing the multiple recorded tracks for a finished product), mastering (transferring finished recordings to a data storage device) and editing are the most widely available services, but some area studios can provide remote recording, songwriting, vocal and instrumental talent, physical and digital distribution, promotion, retail placement and even technical training. 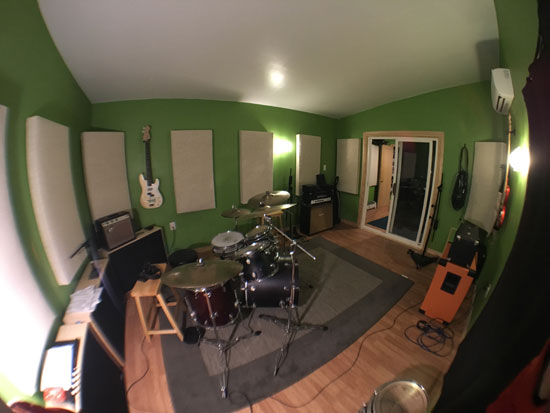 Pro Tips on Preparation
Recording at home means a musician can proceed at relative leisure, essentially making things up as he or she goes along. But working in a studio, the well-prepared artist is likely to end up with a recording session that is both more enjoyable and more productive. The producer, managers and engineers of studios in the region willingly offer some professional tips; much of this advice applies equally to the seasoned recording artist as it does to first-time visitors to a professional recording facility.

Not surprisingly, these busy professionals are largely of one mind when it comes to the most important piece of advice for artists planning a session. That advice can be summed up in a single word: practice.

“Rehearse with a metronome, and record yourself at home first, listening critically,” says Robert George. “You should be able to deliver your material as if you’re doing a real performance,” says Reese. Harrington notes that artists “should be ready to knock out their songs within three takes.”

“Work out your vocals and harmonies,” advises Brad Rudolph. “Play the songs live as much as you can.” Andy Bishop reiterates the point. “Just practice,” he says. “It makes the studio cheaper, easier and more fun if you’re not having to go to war with your own parts.”

But all of the studio pros agree that there are times when the recording studio will serve as a more basic part of the creative process; in those cases, artists arrive with a more open-ended, undefined mindset that allows them to explore ideas instead of laying down a fully thought-out collection of songs.

“It really depends on what the artist is trying to accomplish,” says Matt Williams. Though he often works with seasoned bands who know exactly what they want to do during their session, he welcomes and enjoys the less-defined projects. “Some artists are working with me one-on-one to produce their record, which may mean that they’ve only prepared rough demos, snippets of song ideas and lyrics, and basic ideas for tempos,” he says.

Yet even then, a certain level of preparation is very useful. “I preface all sessions with an off-the-books meeting where we talk about the artist’s vision for their project,” says Anthony Dorion. “We sort of map out what will be necessary to get there. This helps us both set expectations for the individual sessions and the project as a whole.”

No matter which studio in which he’s working, Eric Sarafin takes a similar approach with his clients. “We start with rehearsals, then we hone the basic arrangements during pre-production,” he says. “Then we go into the studio where I lead them through the process of making their record.” 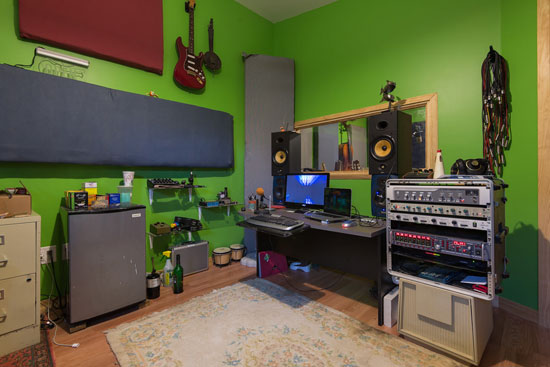 What Not to Do
Artists who spend time in pro studios learn some lessons the hard way. But the region’s engineers and producers are happy to run down a list of rookie mistakes best avoided. “Don’t stay out partying the night before your session,” advises Harrington of Echo Mountain. “Come in well rested and ready to work.” agrees Hilltop’s Reese. “Don’t drink too much alcohol the night before, get three hours of sleep, not eat anything, and expect to have a productive session,” he warns.

Reese offers another bit of widely agreed-upon advice. “Don’t bring anyone to your session who may end up being a distraction,” he says. “The most common faux-pas I’ve seen people make over the years is bringing too many friends with them,” says Dorion. He notes that different artists have different motivations for bringing people along. “Some are nervous about going alone into a new environment, and others just want to be ‘seen’ in the studio by their peers,” he says. “But inevitably that becomes distracting to the artist’s creativity, and in more extreme cases it’s a hindrance to the decision-making process.”

Several of the producers and engineers offer some advice that they all-too-often see ignored. “Don’t hire your friends who will play for free,” says Robert George. “Don’t hire them to play on your record if their playing isn’t up to snuff,” agrees Harrington. “It sounds like a great idea to share the studio experience with your buds, but if they can’t hack it, that adds up to a lot of wasted time and stress on your relationships.”