Western N.C. Recording Studios Help Artists Take Their Music to the Next Level (Part One)

An edited version of this feature was published previously as the cover story in the November 2018 issue of Capital at Play.

“Music discovery and delivery have changed drastically in the past ten years, and they’ll keep changing,” says Jeff Collins of Crossroads Recording Studios in Arden. “It’s hard for an artist to keep up with the newest and latest approaches.” Helping artists achieve that goal are some twenty professional recording studios in the 18-county Western North Carolina region.

Looking at the arc of human history, sound recording is a very recent invention. The first known recordings of the human voice were made in France just over a century and a half ago; Thomas Edison patented his wax cylinder phonograph in 1878. Gramophone records wouldn’t dominate the market until after World War I. And though he’s best known for the iconic electric guitar that bears his name, Les Paul began experimenting with sound-on-sound or multi-track recording in the 1930s.

By the 1980s, another musical revolution began to take shape. Wedding widely available consumer hardware to studio technology, California-based TASCAM introduced the Portastudio, a device that represented the first truly practical (and affordable) means by which musicians could create home recordings. In some ways, the Portastudio unlocked the magic of the recording studio, putting it in the hands of the everyday musician and hobbyist alike. The four tracks (simultaneous recording surfaces) afforded by a tape-based TASCAM unit equaled the number of tracks available to the Beatles fifteen years before when they recorded <i>Sgt. Pepper’s Lonely Hearts Club Band</i>. Even today in an era of crystal-clear digital recording gear, vintage TASCAM units are in use by some artists who want to create “warm” sounding recordings without booking studio time. 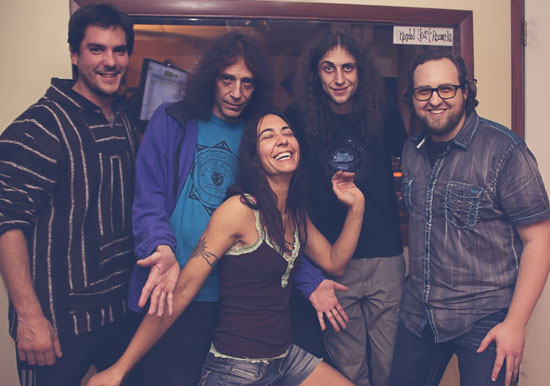 Do or Don’t Yourself
That DIY (Do It Yourself) aesthetic is one prized by many musicians. And modern digital equipment has further broken down and blurred the line between home recording and professional studio projects. Even experts will admit that there are many advantages to recording at home. Brad Rudolph, owner of Falling Waters Recording Studio in Pisgah Forest, agrees. “Typically, it’s a good idea, as long as you understand your limitations. Home recording is a great way to figure out your arrangements, learn some new tools and have fun,” he says.

But even in the face of low-cost home solutions, there are many reasons why professional recording studios continue to flourish. First among those is the fact that while the skill sets required to play and record music do overlap, they remain very different. Expertise in one is not a reliable predictor of success with the other.

Donovan Murray is Entertainment Director of Saloon Studios Live in West Jefferson. He says that while some amazing things come out of home studios, “you just can’t get the array of sounds possible in a good studio. For example, you can’t get high-quality sound captures of ‘real’ authentic live tracking in a small studio or bedroom.” Saloon Studios Live has a special focus on that live tracking; the complex is both a listening room and pro studio, and since opening in May of this year, it has hosted sessions by Steve Cropper, Dave Mason, Rick Derringer and other classic artists.

And with home recording, there’s the challenge of doing two very different things at once, says Anthony Dorion. Alongside his production manager duties at Asheville Music Hall, he runs a downtown studio, Good Flow Productions. “As someone who considers himself both a fairly skilled musician and recording engineer, I have a difficult time playing and recording simultaneously,” he admits. “If I’m focused on the technical side of recording, I’m not able to commit fully to the artistic side of making music. And the inverse is true as well.”

That perspective squares with observations made by Alex Reese, co-owner of Hilltop Studios in Boone. Artists often “choose to record with a professional studio because they do not have the necessary skills to turn their ideas into musical assets,” he says. “Most of artists I’ve worked with either have no interest in recording themselves, or they’ve tried it and not gotten the results they were looking for.”

While at its most basic a recording studio is simply a recording device and a means (such as a microphone) of capturing the sound onto it, the reality is that good recordings often require much more. “Unfortunately, getting professional results is a lot more complicated than just throwing some [acoustic] foam on the walls,” says Reese. 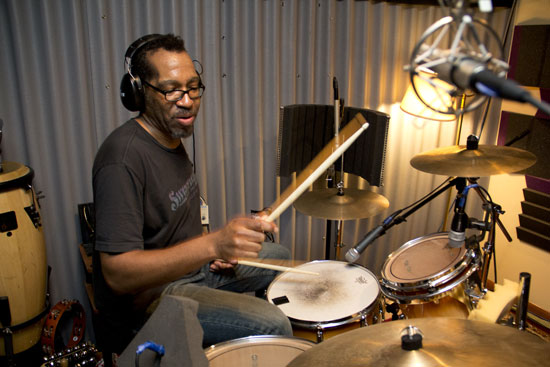 Claude Coleman Jr. (Of Amandla and Ween) at Eagle room

In fact, “the room is the number one reason that people have problems with recording,” says Eric “Mixerman” Sarafin, an Asheville-based independent producer with multiple Gold- and Platinum-selling albums to his credit. He works in many of the region’s top studios. “The room is literally half of your recording, because instruments aren’t captured in isolation,” he explains. “If I want big rock drums, I need a big room. For tight R&amp;B drums, I need a somewhat ‘dead’ room. And if I want to record an entire band at once, I need a sizable room with plenty of equipment.”

“Our belief is that the artist should concentrate on being an artist, honing their music skills in songwriting, performance and delivery,” says Jeff Collins. His advice: “Let a team of people who are creating the curve in the ever-changing world of music discovery do the rest.” Crossroads has been doing just that since the mid 1980s, making it one of the most successful and longest-running studios in the region. Focusing primarily on gospel and Christian acts, Crossroads aims to stay current with the latest innovations in digital recording technology.

Ultimately, recording your music in a pro studio with skilled engineers ensures that “the job gets done to a higher standard, more quickly, and with less hassle,” says Andy Bishop of Giraffe Studio in Hendersonville. Bishop hand-built his studio in his back yard, and his all-digital setup with two discrete recording rooms yields impressive results.

The bottom line in favor of using a professional studio instead of recording at home may be an intangible one. “The vibe of a pro studio can be much more inspiring than your bedroom,” says Robert George of Sound Temple Studios in West Asheville. “Having a professional engineer/producer with years of experience can help guide a project to a more professional presentation.”