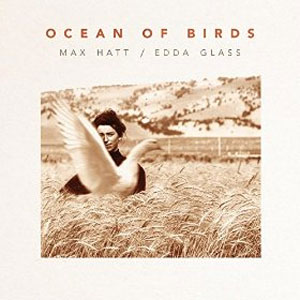 Just one of the many fine releases from NewSong Recordings

Studio Serendipity
“Even in college, I was hopeful that I would be able to make a living in music,” Ragland says. “I’ve always had aspirations of trying to make a living as a creative person. So, it doesn’t come as a surprise that I’m doing what I’m doing now. What’s more of a surprise, though, is that I never anticipated being lucky enough to be here in Asheville, North Carolina.”

Having previously relocated with his wife to Brooklyn, Ragland had again expanded his ventures. He launched an independent record label, NewSong Recordings, primarily to release the music of contest winners.

In April 2012 Ragland decided to tag along for a few dates on NewSong winner Arthur Alligood’s tour in support of his album One Silver Needle. “Arthur had a show in Asheville,” Ragland recalls. “Growing up in Winston-Salem, I was familiar with Asheville, and my wife and I had come here to celebrate an anniversary or two.” He had heard about Echo Mountain’s studio and decided to pay an impromptu visit. “I had some time to kill before the show,” he says.

“I just walked down to the building, rang the buzzer, and as luck would have it, the studio manager Jessica Tomasin answered the door.” Ragland introduced himself, explaining that he ran a label and a songwriting competition, and asked if he could check out the studio.

He didn’t know it, but Tomasin was on the NewSong mailing list, and was very familiar with him and his work. “It was so serendipitous,” Ragland says. “I mean, she could’ve been at lunch or in a meeting, or an intern could have answered the call.” He and Tomasin spent about an hour talking. At one point in the conversation, the studio manager told Ragland, “We’re looking for new ways to promote the studio and I’ve been meaning to reach out to you to talk about doing a partnership.”

In the course of that one short hour, the partnership was established. “We ended up the tour on the roof of Echo’s API Studio, the Old Salvation Army building,” Ragland recalls. Tomasin was showing him the panoramic view of the Blue Ridge Mountains. “And I said, under my breath, ‘God, what I wouldn’t do to live in Asheville, North Carolina.’ And she heard me. She said, “Why don’t you move in?” It had turned out that studio owner Steve Wilmans was looking for a tenant for one of the studio’s corner offices.

“My wife Meg and I had just had our twin boys a year earlier,” Ragland recalls. “We were living in and loving New York. But we were feeling a financial and a space squeeze. We didn’t really see ourselves living there forever.” After leaving the Asheville studio, he called his wife. “Meg, you’re not going to believe this…” He says that his wife’s adventurous spirit fit perfectly with the opportunity.

“We knew that we were going to find a way to do the move, but I wanted to play a little hard to get,” says Ragland with a laugh. He contacted the Economic Development Coalition of the Asheville Area Chamber of Commerce, asking if they had any resources to help facilitate a relocation of his wife’s unique publishing business. (Meg Ragland and her Plum Print business were profiled in the November 2016 issue of Capital at Play.) “I got connected to the EDC and Pam Lewis, who was running Venture Asheville at the time, and I made several trips down here,” he says. The family moved to North Carolina in 2012, a mere two days before their daughter started first grade at Claxton Elementary.

“I immediately moved into Echo Mountain,” says Ragland. “I do all of my record production work there, and I do all the other stuff out of there too.”

A New Spin on Music and the Arts
Ragland is a serious fan of what used to look like a dead music format: vinyl records. And he’s not alone. “Millennials are the fastest-growing demographic for purchasing vinyl,” he notes. He thinks he knows why: “The tactile, experiential art form that it is, with its emphasis on the visual as well, makes it a multimedia purchase.” Vinyl’s resurgence gives him faith in humanity, because young people “who grew up in a completely digital environment are recognizing that there’s something missing in this world of zeros and ones,” he says. “They’re looking for more authentic experiences.

“I think society as a whole is experiencing some degree of ‘digital fatigue,’ and perhaps for the first time in human history, we’re beginning to recognize the limitations of our digital, online experiences,” Ragland says. “That’s why house concerts are so popular, and why vinyl albums are making a tremendous comeback.”

It might dovetail nicely with Ragland’s creative career path—playing music, recording, producing, curating concerts, supporting new artists and launching an indie label—to start a record-pressing business. And while the details remain under wraps for now, plans are moving forward for a music vinyl pressing plant in Asheville. “It could be a really timely opportunity to get into,” he says with a broad smile.

But whether that venture spins into life or not, Gar Ragland remains busy with plenty of other pursuits that combine creativity and commerce. He’s approaching his three-year anniversary as Board Chair with the Asheville Area Arts Council. In that time, the organization has experienced a revitalization, launching the Refinery Creator Space on Coxe Avenue in the city’s resurgent South Slope district.

Thinking back to his youngest days, Ragland recalls the work of the Arts Council of Winston-Salem & Forsyth County. “It was a big fundraising machine,” he says. But when he moved to Asheville, Ragland recognized both the enormity of the city’s creative capital and a troubling disconnect. “I was surprised that this community didn’t have a representative advocacy organization commensurate in profile and support,” he says.

Striking a serious tone, Ragland articulates his concern. “I think that we are at risk as a community,” he says. “Too many people—and most importantly, our community leaders—are not being proactive enough to address the concern about the sustainability of our creative class here. People just assume that the creative culture will just organically prosper.” He believes that a plan is essential. “Unless we as a community address this and have more financial support for the arts, we’re going to wake up in a few years and wonder, ‘Where did all the creatives go?’”

In his role with the Arts Council, Ragland aims to address those issues. “It’s our job as an organization to connect the dots,” he says. “People’s quality of life is directly correlated to the support of the arts. We’ve got a kick-ass board, and we’re all concerned about this dynamic.” In a fundamental way, his work with the Arts Council follows on directly from everything he’s done before in support of music and the arts.

Ragland is happy and fulfilled with the various components of his professional life. “I really love what I do,” he says. “I feel grateful to be able to do it, which makes it super easy to stay motivated. More often than not I feel like my professional journey is still in its infancy; I’m just getting started.”