The Yuka & Chronoship Interview, Part One

Yuka Funakoshi’s musical journey has followed a circuitous path. The Japanese keyboardist, songwriter and vocalist was classically trained, but became an established presence in her home country’s J-pop scene. A decade-plus later, Funakoshi has released Ship, the fourth album credited to Yuka & Chronoship, a progressive quartet that — at first blush, anyway — seems very much in the stylistic tradition of Yes, ELP and other early ‘70s progressive giants.

“I was playing piano ever since I was small,” says Funakoshi. “And I went to college to study classical music. I was heavily influenced by Maurice Ravel and Claude Debussy.” Funakoshi was drawn to what she describes as those composers’ “structured yet very flamboyant and flexible kind of music.” Chronoship bassist and musical director Shun Taguchi points out that those defining characteristics of Ravel and Debussy’s work are “quite common among the kind of progressive music played in European countries.”

Funakoshi’s college studies focused on composition. “Even when I was in primary school, I was composing,” she says. But in college, Yuka wasn’t a good student. “I didn’t want to listen to the instruction from my teachers. I didn’t want to play the songs they asked me to play; I played all the songs that I really wanted to play,” she says with a laugh. “I was not highly appreciated by my teachers.” 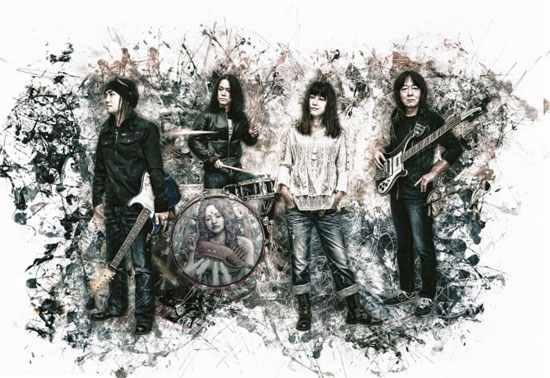 The J-pop era
Once out of college, Funakoshi headed in a perhaps unexpected direction: J-pop. By the late 1990s, Shun Taguchi was already an established songwriter and producer; under his musical mentorship, Funakoshi recorded and released three albums: Pool No Nioi No Natsu (1998), 1999’s Silent Sun and Morning Bird (2000). The title track of that third album was a popular release; a professional music video of the song can be viewed on YouTube.

But even as a pop artist, Funakoshi focused on musicianship over style. “I was not dancing,” she emphasizes. “I was playing piano and singing songs, making quite a mixed format of J-pop.”

Working closely with Funakoshi, Taguchi noticed that progressive and/or classical elements revealed themselves in her original work. Mentioning three specific songs — “Morning Bird,” “Kagerou Mitaina Kisetsu” (“Seems Like a Rush”) and “Kokoro Dake Hitori Bocchi” (“Only Mind is Alone”) — Taguchi explains, “The original forms of these songs sounded quite like prog-rock: complex and extended structure, and a great amount of melody elements.”

To make the compositions work in the pop idiom, Taguchi says he “asked Yuka to slim down these songs, reducing elements to make them simpler, more pop, and commercially correct.” But by the time of the release of the Morning Bird album, both Funakoshi and Taguchi found themselves exhausted with the musical direction they had been pursuing. Besides that, both musicians were becoming a bit old for the youth-centered J-pop scene. (Asked her age, Funakoshi giggles and says, “It’s top-secret!”)

Navigating the ‘Ship toward progressive rock
“So I decided to steer the direction of Yuka’s music into the genre of prog rock,” Taguchi says. “That gave her more freedom of composition, and brought me closer to what I had dreamed of doing since I was 13 and first heard Pink Floyd’s The Dark Side of the Moon.”

Oddly, prior to Chronoship’s launch in 2009, Yuka Funakoshi had absolutely no grounding in progressive music. “I didn’t know anything about it before I formed this band,” she admits. While Taguchi concedes that there are stylistic cues in the music of Yuka & Chronoship redolent of Keith Emerson’s instrumental flourishes, he insists that Funakoshi arrives at her musical destination via a different route. Taguchi suggests that any similarity stems from the influences that Emerson and Funakoshi have in common.

Even today, Yuka claims not to have heard — much less been influenced by — progressive rock. “I don’t listen to it, even now,” she says. “Shun doesn’t want me to; he doesn’t want me to compose music that’s similar to Yes and Pink Floyd and King Crimson.” Without a hint of discomfort, Funakoshi freely admits that “Shun is controlling my imagination.”

Taguchi also brings his progressive musical orientation to bear on the work of Yuka & Chronoship. For the group’s first album, 2011’s now out-of-print Water Reincarnation, Funakoshi says that “Shun asked me to compose a couple of songs, and then he added a couple of elements that came directly from his own experience of progressive rock.” She describes the end result of that process as “composed by me with Shun adding bits and pieces of prog.”

That first Yuka & Chronoship album began as a collaboration between Funakoshi and Taguchi. “Later on, Takashi [Miyazawa, guitar] and Ikko [Tanaka, drums] were added to make it an album,” Funakoshi says. Water Reincarnation was embraced by progressive rock fans; more than half of the respondents to a poll on progarchives.com rated it excellent or essential. But the album likely confused at least some of Funakoshi’s J-pop fans.

“There are a number of people who were fans of my J-pop music, and later on, they kept on listening to my progressive rock songs,” Funakoshi says. She understands that while many were initially shocked by her new style, once they listened to the actual songs they discovered that her signature melodic style remained. Even with the progressive presentation and Debussy-inspired melodic lines, Funakoshi’s pop sensibility provides an accessible foundation for her relatively ambitious compositions.