John Lydon Tells It As It Is (Part Two)

In what ways do you think that that realization comes through in your music?

I try to be as transparent and honest as I possibly can, with the realization that if you give it all away there is nothing left for yourself. And that would be silly. Because I absolutely understand that as human beings we’ve got to go through this world with our own secrets, thank you! Because indeed without that then you have no inner personality; that’s your special hiding place. I mean, the bastards are on me all day long, all evening, every which way I turn there’s someone willing to be deeply cruel and vindictive. I expected this, but not quite the way and bitter twisted way it is. But I became adjusted to it, and then I find myself years later when we’d scrounge enough money together to re-set PiL back off on its journey. But the people I picked weren’t for incredible musicianship but incredible friendship, and now it has a completely different way of working. And it’s working with a complete respect for each other, which is an astoundingly different approach for me, but I took to it like a duck to water. It’s a new experimental phase for us, approaching it with a sense of unity. And that really wasn’t there before.

Do you think that just comes with age and maturity?

Oh, I bloody hope so! That may have been a part of it, even though I’m always screaming I want to stay an immature child to the day I die. But it’s a deeper bonding. I’m not having to argue with people on stage because they just deliberately won’t give you that extra note. It’s so easy to make the singer sound like a fool. And every guitarist knows that’s the truth. 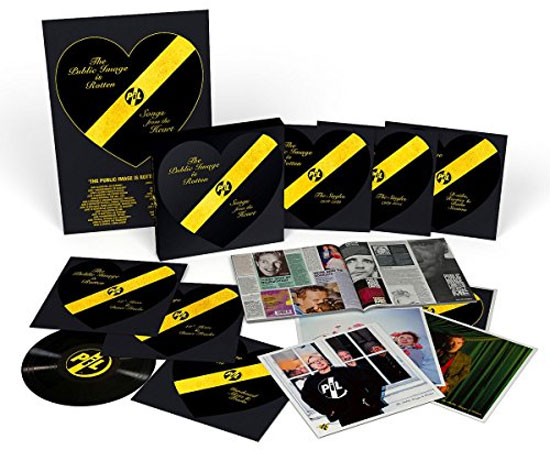 After all these years, what keeps it interesting for you?

Audience participation. And I don’t mean running across the stage or breaking things or any of that. I mean the way they look at me, the eye contact. I prefer these smaller, intimate venues. When I was younger, I wouldn’t have the capability of standing there or staring and sharing with other people; eyeball contact was something I was quite shy of. Took me many, many years to get over. Funny enough I’m the celebrity, which is the major thing. Because there were cameras on me 24/7, and I just thought, “I’d better get over this.” So I used that whole thing as a learning curve, and from there on in now if I can’t see people’s eyes then I’ll do something about it, I’ll let the house lights go on. That’s why these people come, they come to share that, and they’re telling me things, they’re telling me emotions in their eyes. And that shape shifts the songs.

Do you give any thought to how you and your body of work will be thought of and remembered after you’re gone?

Well I’m not planning on going anywhere, am I? I run myself down very, very seriously, but I do this from time to time, I overwork. But I know I’ve got a month now to get myself back up to fit and I will. We did 39 gigs in Europe; that’s a lot. And I should have had time off, but no, went straight to New York to promote the documentary and the box set. That took a lot of physical energy out of me. But people shouldn’t be surprised, because I do push it always too far. And I’m more than prepared to now recover and push it even further. That’s how I like it. If it isn’t hard work, don’t be bothering with it.

Once this tour is over, what’s next for you and PiL?

We’ll go in and finish our recordings, which we’ve also been doing. There’s no such thing as time off; it really is the cutting edge of hard work, whatever that term means. Once that’s done, then we’ll be planning on going out and promoting that. It’s a wheel that keeps spinning favorably … and that wasn’t happening [in the early days].

I’m very proud of the box set, by the way. I don’t think we’d have got the same quality if we had gone through the old labels, but I’ve got to say that Universal helped us there. Sometimes these old dinosaurs have some good in them. Every now and then, but not as a long term option.

What, if anything, do you think is your duty or obligation to your listeners?

To be as honest as possible. Even though now both my parents have died, they still live in my head, as indeed all my friends that died do, too. And I don’t ever want to let any of them down. And so it’s this: tell it as it is.