A defining characteristic of most all of PiL’s releases is that – like Black Sabbath, oddly enough – each was critically panned upon release, only to undergo reassessment within a few years, by which time the music would be hailed as relevant, innovative and important. One might expect Lydon to find that amusing.

“I don’t find it amusing,” he snarls. “I find it life-threatening, really. Because I needed to survive. So many walls and barriers were put up against me, and the record labels really weren’t supporting us at all.” He believes that explains the negative reviews. “Somebody pays their bills: it’s called record companies or advertisements. There was no control put in our favor, and so a free-for-all really is what went on, and it just got worse and worse and worse.”

But even as group members left or were dismissed, with new ones taking their place, Lydon didn’t give up. “To quote Shakespeare, I learned very, very quickly to smile in the face of adversity from the Pistols onward,” he says. “The more thrown at me, the more I thought, ‘Oh, delicious! New tools!’ You’ve got to, when they’re out there doing that.” He says that the record company wanted to “bland” PiL out, or worse, remake them as “the Sex Pistols Part 2 … which is a shocking, bad idea.” 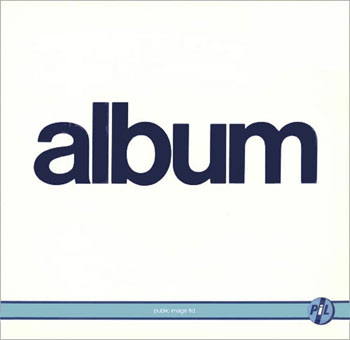 Bad reviews or not, as the saying goes, many of the people who bought those early albums went on to their own careers in music, absorbing influences – musical, attitudinal – from PiL. The new documentary film The Public Image is Rotten features Moby and Sonic Youth’s Thurston Moore (among others, but notably not Bono or Dave Grohl) rhapsodizing about Public Image Limited. And that makes John Lydon, in a word, happy.

“I’m very happy, because at the time I didn’t think anybody appreciated us,” he says. “It was madcap laughs, the whole thing.” He admits that the band blew almost its entire budget for its second album on the packaging. “An actual metal box, and we thought why not?” So when it came time for the sessions, the group made do with odd bits of unused studio time booked by other bands. “We took whatever opportunity we could,” Lydon recalls, “which was always after midnight, a couple of hours here or there. Our album was never done in one full piece. It really was like a gang of burglars at work!”

With hindsight, Lydon thinks that method yielded creative rewards. “And I kind of stuck with that as a very good idea,” he says. “Sometimes your best work can come that way. You rush yourself in, and then you better have the inspiration at that moment. We did, and we worked bloody hard!”

Subsequent albums each had their own character. Flowers of Romance (1981) was built upon drum tracks laid down by Martin Atkins; it’s more or less a collaboration between Lydon and producer Nick Launay. 1983’s Live in Tokyo was essentially made with a pickup band. And 1985’s “generic titled” release (Album on vinyl, Compact Disc on CD, and Cassette on … you get the idea) featured an uncredited, all-star lineup of musicians that included drummers Tony Williams and Ginger Baker, and guitarist Steve Vai.

I mention to Lydon that “Ease,” one of the standout tracks on Album, sounds to my ears like a post-punk answer to Led Zeppelin’s “Kashmir.” I immediately wonder how he’ll react. “Oh, how complementary can you get?” he gushes. “That’s a wonderful thought!”

Though it’s near impossible to imagine 1977-era Johnny Rotten making such an admission, he continues. “I’ve always said that I think Physical Graffiti is one of my all time favorite records. There’s one side of that that absolutely tears my head off. It’s so involving and threatening and forceful and just beautiful.” He pauses and refines his comment to include a gentle disclaimer. “I would never be shy of other people’s seriously interesting commitments to music, but I never want to sound exactly like them,” he says. “But the raw energy to attack the subject matter, that’s what I do best.”

He sees his responsibility to fans in simple terms: to be as honest as possible. “I remember the very first interview my mother was challenged with,” he says. “They asked her to defend me as [a member of] the Sex Pistols. And she said, ‘Well, Johnny doesn’t tell lies.’ She meant that, too; she meant it deeply. And that’s now indelibly stamped on the inside of my brain.”

In the end, John Lydon is a pop artist. Asked where he thinks Public Image Limited falls on the continuum between entertainer and artist, he quickly shoots back a pithy response. “We’re artistic entertainers,” he says. He admits a love for pop music, but emphasizes that with PiL he has never consciously aimed for hit singles. “No, I wasn’t thinking, ‘Let’s have a hit,’ because all the way through this hits were happening, indirectly or whatever,” he says.

“I had to break some of the record contract rule books at the time,” Lydon explains. “The label would say, ‘We can’t release this; it won’t sell,’ but things like ‘This is Not a Love Song,’ ‘Rise’ and even ‘The Flowers of Romance’ single all managed to chart.” But eventually, he says, the record label purse strings tightened, and he found himself wanting – needing, really – to get out of the business. “I had to go outside of music for quite some time,” he recalls. “For nearly two decades there, there was no support from this industry, nothing. That was very, very painful.

“And then everything I did, I’d be accused of one thing or another,” he says. “Accusations have permanently followed me.” He may be referring to a UK television commercial he made in 2008, extolling the virtues of – wait for it – Country Life brand butter. But Lydon used the money from that pitch man gig to fund the revived Public Image Limited. Since reforming, the band has maintained a stable lineup – something the 20th century PiL never came close to doing – and today, the husband, father and Public Image Limited front man seems more at peace – possibly even happy – with his past, present and future.

Check back tomorrow for even more from my conversation with Public Image Limited’s John Lydon.