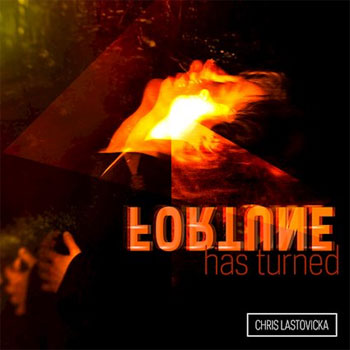 The Book of Job, from the Old Testament (or the Ketuvim of the Tanahk, if you like) might not seem the most uplifting subject matter upon which to base a modern classical work. But that’s precisely what New York composer-pianist Chris Lastovica has done for the opening track of his six-piece Fortune Has Turned (Remixed). The first “single” from the album is a remix of his “The 7th Chapter of Job,” and the yawning strings convey the anguish and despair that the character experienced as he was (arguably) tormented by his god. Toward the end of the piece, the music does seem to head in a more elegiac direction.

Three of the four remaining tracks are extended works, each running in excess of ten minutes. There’s a somber and hypnotic air to much of Lastovica’s work; the pieces start out in a minimalist fashion and grow from there. The insistent piano figures of “Abraxas” suggest the influence of Philip Glass. The dark and unsettling ambience of the strings evokes thoughts of tragedy and its aftermath. There’s a forlorn and resigned feel to the opening moments of “The Tender Ones,” but time spent with the piece reveals a more nuanced composition with plenty of emotional shade and light. That said, Lastovia’s work on this album would never be mistaken for uplifting fare.

“Shanti” is the most instrumentally full and complex track on the album; much of the composition is built around a two-chord motif with a good helping of dissonance mixed in. It title notwithstanding, “The End of Tyranny” isn’t especially upbeat, though the work is achingly beautiful in its own way.

The composer’s direction for cellos and French horn is masterful; clearly Lastovica understands the range and capability of those and the other instruments he so deftly employs. And he’s not overwhelmed by the talent at his disposal, instead choosing to dab splashes of sound only as their needed. This music is modern classical, and it leans toward a kind of textured minimalism.

It’s not immediately clear what the remixes bring to these completely acoustic works (I haven’t heard the original versions). The promo album’s accompanying press kit quotes the composer as being a fan of Massive Attack, though I can’t detect any of that groundbreaking electronica/trip-hop act’s influence upon these pieces.