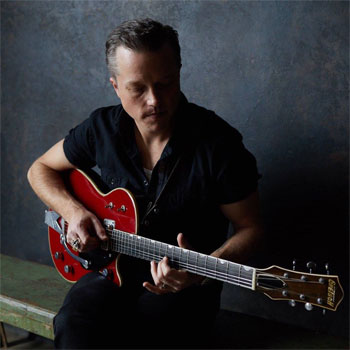 If he were so inclined, Jason Isbell could fill his time dusting and polishing the many awards he’s earned as a songwriter and musician. He has won four Grammys, nine awards from the Americana Music Association (including three this year), as well as several other honors and nominations. But instead Isbell focuses on songwriting and performance. The Nashville sound, his most recent album with his band The 400 Unit, was released in June 2017, but its runaway success means that Isbell is still touring in support of it nearly a year and a half later. Nominally he’s a country/Americana artist, but his music is informed by – and reflects the healthy influences of – rock, soul, folk and rhythm and blues. He grew up just outside of Muscle Shoals, Alabama, a town famous in the history of American popular music; session bassist David Hood of the Swampers (Muscle Shoals’ version of L.A.’s Wrecking Crew and Detroit’s Funk Brothers) was an early friend and mentor.

What are some of the most important musical values that David taught you, either explicitly or by example?

Treat [being a musician] like professional people treat their job. I’ve heard stories about back in the day, David getting to the studio first because he had a key. The artist would get there and [wonder who] David was, because he was so young and he was a white guy; they didn’t know that there were white people playing on Muscle Shoals Records at that stage. [They assumed he just worked there as an assistant of some kind – ed.]

Somebody – he would never tell me who this was, but I have a couple ideas – told him where to set up all of the instrumental sections, like, “The bass goes over here, the guitar will go in this room, and the drums go there.” So David just set everything up. And when it was time to record, he just picked up the bass. And the artist was like, “Oh, my God. I didn’t realize you were the bass player! Why didn’t you say something?”

What do you think it is about the music that came out of Muscle Shoals and Memphis that is so quintessentially American?

I think that the combination of white folks and black folks making music for everybody reflects the struggle to be an American at that point in time as much as anything.

You’ve made headlines beyond music publications recently with the whole “unhinged” thing. [In August, Tennessee Senate candidate Phil Bredesen, a Republican, called Isbell and Ben Folds members of the “unhinged left.” – ed.] As a songwriter, what responsibilities do you feel in regard to ideas like speaking truth to power?

Well, I don’t know that I feel responsibility as a songwriter, but I feel a responsibility as a person who has to go to sleep at night. And I think that’s the trick; just being a citizen with a clear conscience means that you have to speak out. Luckily, I have a pretty big platform compared to most people. So I feel like maybe every once in awhile there can be a few ears that are open to what I have to say that might not otherwise be. Especially considering the fact that I make music that some people call country music or roots-based music, which is not necessarily where social change happens first. I think I might actually have a few people in the audience who might have their mind opened a little bit. 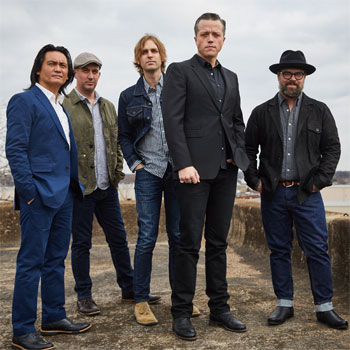 In what ways do you think that the religious upbringing of your early years has influenced your worldview, and more specifically, your songwriting?

Well, it definitely does a lot for me musically. My grandfather was a preacher at the Pentecostal church, and they used full bands: drums, bass, and electric guitars. And that was really rock and roll music in church. And he was also a student of old gospel music and old country music, so the first things that I learned to play from him were those kind of songs. I think the sentiment from those songs and a lot of the structures, a lot of the melodies, I think, stay with me still when I’m writing my own music.

I don’t know if it was unique, but the church had a quality of sort of redemption, I think, that a lot of churches didn’t necessarily have. There were a lot of people in my grandfather’s church who had either been to prison or had been drug addicts or alcoholics in the past. And I think that happens a lot with your fire-and-brimstone Holiness churches in the South and in rural areas; you get a lot of people who had done some really bad things before and had cleaned up their act and come to Jesus, so to speak. And I think my narrative follows that now … probably more closely than I realize, sometimes.

You’ve been sober for several years now. Some people say that they use whatever substances they use as a way to sort of “connect with the muse.” Clearly, if that was the case with you, you’ve found another way to do it …

Yeah, I’ve definitely found another way to do it. I don’t think I necessarily view the muse as something that you connect with or disconnect with. I think I look at it more like work. The more work you do, the better your art is going to be. The more you read, the more you’re aware, the more notes you take, the more time you spend interacting with other people and actually really listening to their stories and what they’re trying to say rather than just what they’re saying. I think the muse is probably a combination of all the things that come from being open and aware, and maybe that’s directly linked to staying in touch with your emotions and allowing yourself to feel things. I think that the better you are at that, the better you’re going to be at doing anything creative.