This will almost certainly be my last roundup of new releases – capsule review style – for 2018. Lots of great music came out this year; don’t let anyone tell you differently. As always, each of these albums deserves more coverage than I’m able to give here, and each warrants a spin (at least) by you, gentle reader. 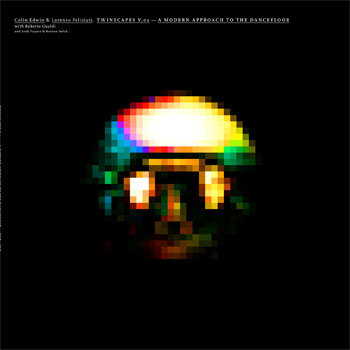 Colin Edwin & Lorenzo Feliciati – Twinscapes Vol. 2
Enough time has elapsed now – The Incident was released more than nine years ago – that we should no longer describe Colin Edwin as the bassist of Porcupine Tree. No, he’s better described as the very busy, superbly melodic prog bassist who has a strong predilection for collaboration. Working with frequent associate Lorenzo Feliciati on a project subtitled A Modern Approach to the Dancefloor, Edwin spins accessible and alluring instrumentals. Intricate enough to intrigue prog fans and groove-oriented enough to live up to that subtitle, Twinscapes Vol. 2 is a treat. Some intriguing soundscapes here (see “Severing Suns”) too. 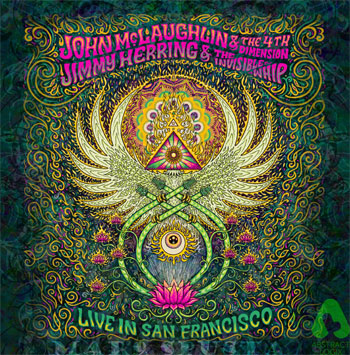 John McLaughlin & Jimmy Herring – Live in San Francisco
Last December I realized a lifelong dream: seeing John McLaughlin in concert, and meeting him in person (I had interviewed him twice before and famously missed our first planned meeting). I was initially less excited about seeing Jimmy Herring, as I was unfamiliar with his work. Turns out Herring is easily up to the task of standing toe-to-toe with the maestro. This summit – featuring both McLaughlin’s and Herring’s bands – is a supremely accomplished end-note to McLaughlin’s performance career. Jaw-dropping, muscular contributions from all involved, showcasing some of the best fusion ever made. A perfect souvenir of the show.

Various Artists – The Three Seasons
I’m a serious acolyte of late-’60s psychedelia/freakbeat, British variant. So this 3LP (well, 2 CDR in my case) collection of deep-dive covers by modern-day acts works a treat. There’s so much to like here – 27 tracks in all – that mentioning one does the others a disservice. Current lineups of classic bands (Pretty Things, Yardbirds, Electric Prunes) site nicely aside newer artists – many of whom I’ve covered previously – like Cary Grace, Kris Gietkowski, Anton Barbeau expertly cover nuggets by the likes of the Action, Love, Alice Cooper, Simon Dupree and the Big Sound, Family and the Attack. 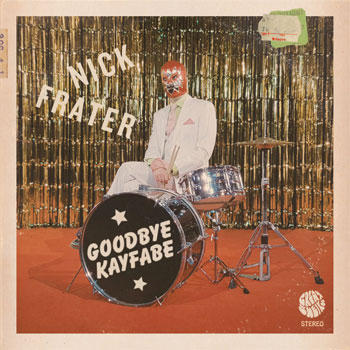 Nick Frater – Goodbye Kayfabe
Part of the proud tradition of bedsit creatives, Nick Frater is an artist in the mold of R. Stevie Moore and Martin Newell; he’s prolific and tuneful at once. Frater’s chosen style hews more toward a powerpop manner than either of those lo-fi auteurs. I have three of Frater’s albums on my desk this moment. Goodbye Kayfabe is the most recent effort from the Croydon, England multi-instrumentalist. He proudly wears many of his influences on his (record) sleeves, but is possessed of character all his own as well. Ear candy melodies and uncluttered production style are hallmarks of his work. 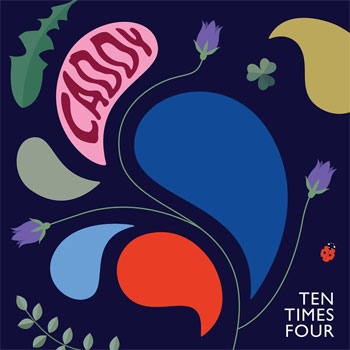 Caddy – Ten Times Four
From Norway comes this chiming powerpop group. Hints of Shoes, Smithereens and other intelligent yet high-powered rockers can be found in the band’s songs. Crystalline vocal harmonies are backed up by taut and lean instrumental work; well-worn pop ingredients like hand claps are used judiciously, and there’s an especially well thought out use of keyboards (in other words, minimal, and in service of the songs) throughout. Occasionally, songs seem to recall the past a bit too on-the-nose (“Somewhere Beautiful” sounds like a previously unheard cut off the Records’ Crashes), but one cold certainly do worse influence-wise. Well worth seeking out. 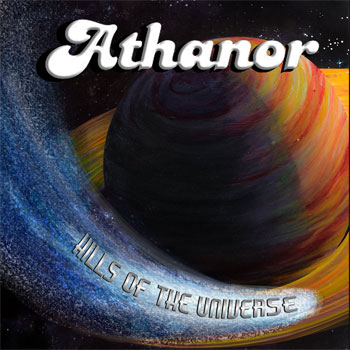 Athanor – Hills of the Universe
Imagine, if you will, a current-day garage band writing its own original material, influenced mostly by artists like Phil Spector, Jim Steinman, Bruce Springsteen, Lee Hazlewood and the like. A bit odd, right? Well, you’ve heard the melody to”Now I Know” eleventy-billion times before, and the guitar on “Lie to Me” evokes strong memories of Gerry Marsden. There’s a singular production aesthetic at work here – fishtank reverb, everything bathed in one particular echo setting – and I’m not sure I like it; twelve songs with that sound’s a bit much. But there’s no denying the appeal of the music. 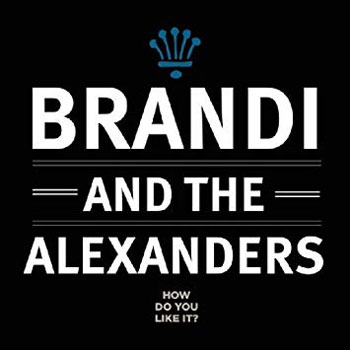 Brandi and the Alexanders – How Do You Like It?
Catchy funk-soul is the specialty of this Brooklyn group. Music listeners who appreciate the stylings of top-flight practitioners of the genre (the late Sharon Jones, the late Charles Bradley, Lee Fields, the New Mastersounds) will surely enjoy this set. The songs are rock-solid if familiar (in this sort of music that’s a feature, not a bug) and the arrangements are top-notch, full of thrilling horn charts. And it’s capped off by the powerhouse vocals of Brandi Thompson, who wrote or co-wrote all but one of the album’s 12 songs. There’s also an inventive cover of Black Sabbath’s “Paranoid.” No, really. 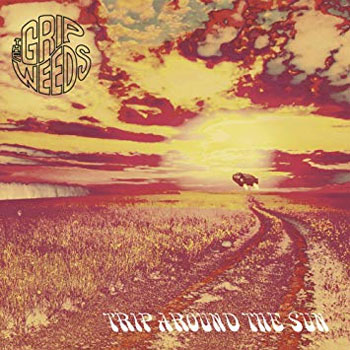 The Grip Weeds – Trip Around the Sun
Like fellow New Jersey residents the Smithereens, the Grip Weeds make absolutely superb melodic rock. And like Smithereens, they toil in undeserved obscurity. Powerpop fans know and love ‘em, but the ‘Weeds are really so much more power than pop. The band has an inexhaustible well of creativity, and the foursome’s Who-like power and note-perfect vocal blend is on full display on Trip Around the Sun. Now, if listeners beyond the powerpop and “Underground Garage” listening community would take notice, the Grip Weeds might finally get the attention they so richly deserve. In the meantime, they’re rock’s best kept secret. 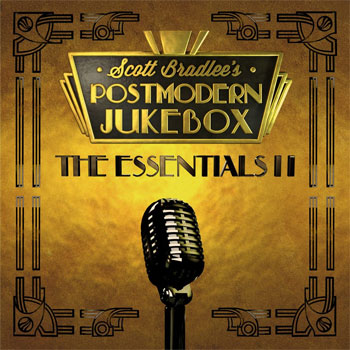 Postmodern Jukebox – The Essentials II
I must admit that I never grow tired of Scott Bradlee and his high-concept Postmodern Jukebox project. Giving life to the adage that a great song holds up to interpretation in most any style, Bradlee and his rotating cast of singers demonstrate that – in the right hands – the same is true for just-pretty-good songs. Admittedly, Soundgarden’s “Black Hole Sun” is an absolutely ace tune, but hear it done by PMJ and it’s something wonderfully new. And 17 other tunes get the PMJ treatment here, from Hanson’s “MMMBop” to David Bowie’s “Heroes” (featuring Nicole Atkins) to Aerosmith’s “Dream On.” 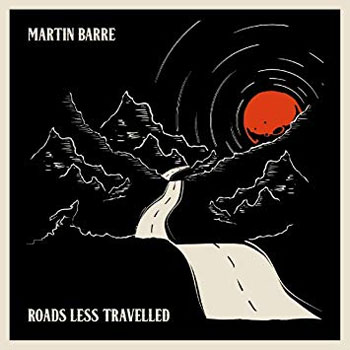 Martin Barre – Roads Less Travelled
Ian Anderson’s return to the use of the Jethro Tull name might suggest to some that he is/was that band’s sole creative force (see also: Jeff Lynne and ELO). But anyone who has witnessed Martin Barre live onstage or heard his solo work knows this to be a falsehood. Barre doesn’t ape Tull’s approach – he’s rockier and bluesier – but sometimes, as on “Lone Wolf” he nails the Tull vibe. Weirdly, Barre’s banjo on that track feels (if not sounds) like Anderson’s flute. With a muscular band and solid songwriting, Martin Barre shows that he has plenty to offer.