EP Review: Spaceman Jones and The Motherships — Space and Time 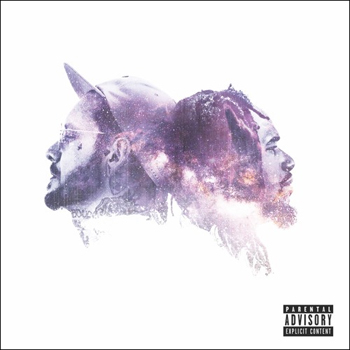 The creative collaboration between Asheville rapper Spaceman Jones and genre-defying outfit RBTS WIN continues to bear fruit. Their first recorded project together was 2017’s RBTS WIN Presents Spaceman Jones and The Motherships. That 11-track set drew from funk and soul, with Jones rapping fluidly over deep-groove, sample-heavy musical backing. The music was as interesting and compelling as the streetwise, NSFW rhymes; together, the mix was hypnotically alluring. Spaceman Jones displayed a facility to deliver a wide palette of textures in his rhyming; each was suited perfectly to its subject matter, and Jones wisely avoided the hip-hop trope of over-reliance on self-referential boasting; even “Soup and Cold Cuts” displayed restraint on that score.

In March of this year, the team returned with Vol. 2, a full-length that followed its predecessor’s strategy of building a bed of mesmerizing sampled loops while leaving plenty of room for Spaceman Jones to lay his rapping flow on top of it. Sonically the disc has echoes of Ice T-s 1991 classic OG: Original Gangster, but The Mothership places greater emphasis on a soothing, rubbery sonic bed. That bed is so appealing that an “instrumental” edit of the album would be an engaging listen. The music draws from slow-jam soul and funk of the 1970s, and while the loops aren’t identified, there are strong hints of Stax-style samples all over Vol. 2.

Demonstrably, Spaceman Jones and The Motherships have no shortage of new material. This fall marks the release of a new EP, Space and Time; its release is the third in just over a year. And unlike some EPs, Space and Time doesn’t feel like a quick compilation of leftovers designed to buy time while the next full-length is developed. Each of its four cuts is the equal in quality and nuance to the best of what has come before.

“Henny Nights” is built upon a bed of soaring, sweeping strings that sound as if they were sampled off a Barry White or Isaac Hayes LP. And in addition to Jones’ articulate and impassioned (but still thoroughly NSFW) rapping, the track showcases some sultry singing. The beats are deep, but they never overwhelm Jones’ vocal turns. The tune – with a title possibly paying tribute to a popular brand of cognac – is very much in line with trip-hop/downtempo music of the 1990s and early ‘00s, evoking warm memories of the best work from acts like Zero 7 and Massive Attack.

“Return to the Mental” continues with an even more laid-back chillwave vibe. A saxophone-centered backing track gives the piece a video-montage feel, evoking mental images of a nighttime drive down a sparsely-populated boulevard. Jones’ verses sketch out a dark, subtly sinister scene, but – oddly enough – they mesh seamlessly with the sexy, romantic instrumental bed. And as with the first tune, harmony vocals figure prominently in the arrangement, serving a kind of Greek chorus counterpoint to Jones’ raps. The repetitive nature of the backing is a feature, not a bug.

“S Class Benz” suffers – if only slightly – from too-familiar subject matter. But once again, Jones’ rapping is irresistible in its delivery, and the superb backing envelops the vocals without overwhelming. Even though the music is sample-based, it feels very much as if an actual group – one along the conceptual lines of Jagga Jazzist – is playing behind Jones.

The EP concludes with the title track. “Space and Time” largely follows the successful approach of the three previous tunes, but this time the backing track features some gently picked Spanish guitar; a repeating melodic line undulates both during Jones’ rap sections and the smooth harmony-sung parts. Jones’ rhymes alternate between observations about the present and hope for the future. When the vocals conclude, the tune fades away gently, with some clattering percussion taking the place of voices.

The whole thing is over in just over 15 minutes, but Spaceman Jones and The Motherships make the best possible use of time (and space) on Space and Time.