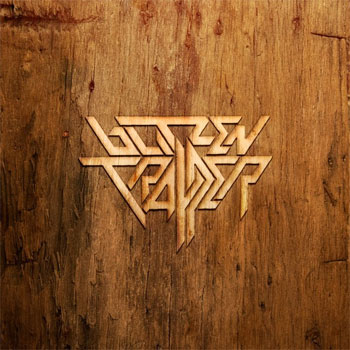 Songwriter, guitarist and singer Eric Earley founded an experimental group, Garmonbozia, in Portland, Oregon in 2000. The group’s material shows a band grasping for its signature style; free-form psychedelic excursions characterized its output. Eventually, hints of the band’s future style emerged; Earley’s songwriting coalesced around an alt-country, folk-rock style. By late 2003 the group had changed its name to Blitzen Trapper; the band would self-released three albums between 2003 and 2007. Blitzen Trapper’s third album, Wild Mountain Nation, was released outside the U.S. by Sub Pop; the success of that arrangement led to a major domestic deal for the band. 2008’s Furr was the first product of that new contract. Furr would be the first Blitzen Trapper album to chart. To celebrate the 10-year anniversary of the release of the group’s breakthrough album, Blitzen Trapper is embarking on a tour and a reissue of Furr, both featuring bonus songs that Eric Earley wrote and recorded ten years ago.

When you listen back to those songs from a decade ago, do you recognize the guy who wrote them?

I guess so, in certain ways. I think there’s things about everybody that don’t change over time, but and in other ways, yeah, it’s hard to recognize that person. A lot of changes take place: life changes, career changes.

Do you find yourself thinking, “I wish I had done this or that differently”?

With that record, not really. No. I listen back and it all still sounds good to me. Of course, not every record’s the same. But with that one, yeah; I feel like I was definitely in something that was pretty cool.

I hear some common values between some of Buffalo Springfield’s music and the kind of musical textures that Blitzen Trapper explores. You balance rock and folk better than most.

There’s a lot of rock [in our] music. But then there’s always a few folk songs thrown in as well. All of that is in there.

In terms of musical style, what was the original idea for the band?

There wasn’t really a concept. I think I was just writing lots of songs and just sort of following wherever the songs took me at that time.

Looking back, do you think that Furr represents a turning point in the band’s creative development, or was it just the next album?

When I was making that record, we weren’t even really signed yet. I made most of it a couple of years before it came out. So when I was making those songs, I wasn’t really thinking about it in terms of an album or albums. I was just writing and recording lots and lots of material. Some of it turned out to be [2007’s] Wild Mountain Nation, and then a lot of it turned out to be Furr, the record after that. It was just a time in my life where I was really super-productive … for whatever reason.

Furr got all kinds of critical acclaim. Going forward and coupled with the band’s increased profile being on Sub Pop, did that put more pressure on you when it came to making the next album?

Yeah, maybe a little bit. A lot of stuff changed. We were touring all the time. And I was working on the next record for a while; I never really quit writing songs, really. I was working on the next one while we were touring [in support of] Furr. They all just kind of meld into each other; in a certain way, each album is just another step on the way to my songwriting process, yeah.

When it came time to put Furr together, did you sort of just pick and choose from what you had, or did you sort of say, “Well, these are the ones that will make an album”?

It was a pretty big group of songs. We just picked out the strongest ones. I had help doing it, too, from the people at Sub Pop and our management. We just kind of figured out which ones would be best and in what order. And there was a lot of extra material; that’s why the reissue has a whole record of extra material that comes with it from that same group of songs.