These three are reissues. 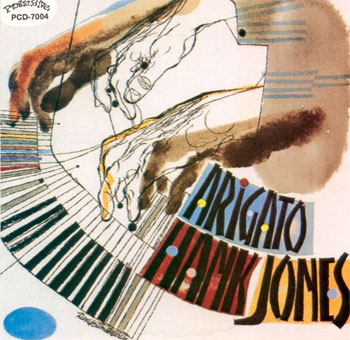 Hank Jones – Arigato
Jones’ recording career as a jazz pianist began in 1947 and continued until age 91 with the aptly-named Last Recording in 2010. Recipient of numerous accolades (NEA Jazz Masters, ASCAP Jazz Living Legend Award, etc.), Jones was a prolific musician; he released some five dozen albums under his own name. He was a frequent sideman on other recordings as well. (Personal note: he’s the pianist on the album that represents my own gateway into jazz, Cannonball Adderley’s landmark 1958 record, Somethin’ Else.)

Arigato represents a slice of Hank Jones’ mid 1970s work; it’s his sole release for the Progressive label. Customary in that it’s a mix of jazz standards, American Songbook selections and originals, Arigato is a varied and thrilling ride. For all of the LP’s eleven cuts, the music is played by Jones on piano, upright bassist Richard Davis and drummer Ronnie Bedford (guitarist Ray Rivera guests on his own composition, “Majorca.”) As best as I can tell, Arigato is the only Jones album to feature this lineup of players.

Jones’ lyrical and precise style is bright and full of uptempo feeling; he never overplays, and the arrangements here allow each musician to take his turn at blowing. Even a bossa nova-leaning cut like “Night Sadness (Notte Trieste)” Is exciting in this trio’s capable hands. The blues underpinning of “What Am I Here for” isn’t quite soul jazz, but it’s certainly soulful. A near perfect balance of carefully-crafted style and substance, Arigato is a tasty addition to one’s jazz library. The 2018 ORG Music release is (per the hype sticker) pressed on audiophile-grade vinyl in Germany. 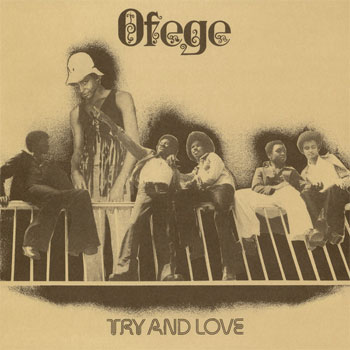 Ofege – Try and Love
It’s part and parcel of Westerners’ self-centeredness – the idea that the cultural world somehow not only revolves around, but starts and ends with, us – that we rarely pay attention to the creative output of what we used to call “third world” countries. Well, in 1973 Nigerian group Ofege released an LP called Try and Love, and it’s quite, quite good.

The production values are first rate; in fact other than the lilt of youthful, African-accented English vocals, there’s nothing here that would lead a listener to suspect that the members of Ofege were all high school students. The music has elements of funk and reggae, and the occasional splash of combo organ pulls things in a garage-rock direction.

But just a bit; the songs are fully developed, and the playing is simultaneously taut and loose. If Try and Love sounds like anything you’ve heard, it’s a bit like early Santana, filtered through an African sensibility. The trendy sounds of the era – fuzz, wah-wah – are all used with judicious restraint. One gets the sense listening to Try and Love that these guys probably tore it up live; in the recording studio, they seem to be holding back just a bit.

The limited-edition (500 copies) vinyl re-pressing has been done with the cooperation of Ofege founding member and lyricist Melvin Ukachi. He authors an essay — printed on a color insert — that provides additional context for both the group and its music (they released three more albums over the next few years). Try and Love is a delightfully engaging record. 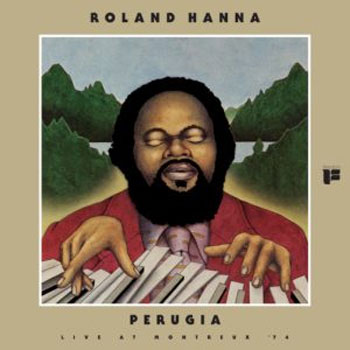 Roland Hanna – Perugia: Live at Montreux ‘74
The ability to hold an audience’s rapt attention should never be taken for granted. Plenty of top-flight ensembles of musicians can’t do it. Pulling that off in front of a jazz audience is tougher still, as jazz audiences are among the most demanding. Try it as a solo musician and it’s an exponentially more daunting proposition.

All that is true, but apparently nobody told pianist Roland Hanna. Onstage facing the audience at the 1974 Montreux Jazz Festival, Hanna plays like a man on fire, unaccompanied (save for his Monk-like vocalizations).

Released the year of its recording, Perugia was only Hanna’s seventh album; he’d go on to release nearly sixty more. The six tunes – three standards, three originals – showcase the breadth of the man’s expressive musicianship, from the subdued blues of Billy Strayhorn’s “I’ve Got it Bad and That Ain’t Good” to the majestic “A Child is Born” (Thad Jones) to the classical-meets-ragtime workout of Hanna’s original “Wistful Moment.” Solo piano records should always be as filled with verve and variety as Perugia. First-pressing copies of the ‘74 LP are (apparently) easy to come by, but this new ORG Music reissue on audiophile vinyl is a treat nonetheless.