Todd Rundgren’s ‘No World Order” at 25 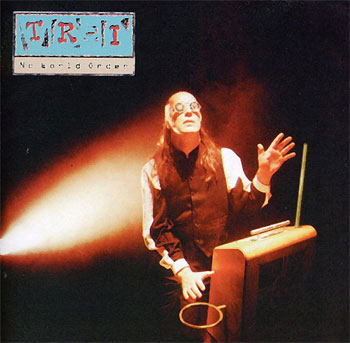 Todd Rundgren has long made a career out of alternatively (and sometimes simultaneously) confounding and delighting his most ardent fans. Resolutely following his muse wherever it takes him, Rundgren is remarkably unbound from commercial considerations; he makes the music he wants to make, how and when he chooses. The result is a body of work like that of no other artist: rich with gems, but wildly varying and with little in the way of consistency. In fact, consistency is a quality in which Rungdren likely places little stock; for him, unexpected stylistic left turns are a feature, not a bug.

Even against that backdrop — and with the perspective of a quarter century having elapsed since its release — Rundgren’s 1993 album No World Order remains among the most challenging and polarizing projects in his lengthy recording career. Combining electronic beats and rapping, No World Order sounds a bit like what one might get if they took Trent Reznor’s Nine Inch Nails, threw it in a blender with Vanilla Ice, and added a healthy dose of Todd Rundgren’s melodic sensibility. “Weird” doesn’t even begin to describe the album.

Coming as it did on the heels of the lush and dramatic 2nd Wind, the large-cast culmination of Rundgren’s immersion in stage music, the one-man No World Order is jarring enough. But Rundgren’s method of assembling the album makes it even stranger. Then enamored of the new CD-i media format — a development that for a brief moment looked like entertainment technology’s Next Big Thing — Rundgren crafted a cache of what might be termed songlets or song snippets (the No World Order CD-i contained nearly one thousand four-bar segments). The idea of the CD-i was that users could interact with the media, creating their own mix of the music by adjusting the sonic elements. If you had the CD-i hardware, the thinking went, you could change the backbeat, add or remove vocal parts, re-sequence the album etc, all to your liking.

Rundgren went so far as to mount a demonstration tour in which he set up the CD-i with a projection TV screen, and using material that would appear on No World Order, remixed the tracks live in front of assembled audiences. (I witnessed one of these performances, and it was quite revolutionary for its time. Watch an example on YouTube here and here.) Rundgren touted the planned upcoming release of other interactive titles; I recall him mentioning that both U2 and Peter Gabriel —both hugely popular at the time — had CD-i albums in development. And Rundgren made noises about revisiting his back catalog to create interactive versions of A Wizard/A True Star and other classics.

None of that ever happened. Philips’ CD-i technology died a quiet death as entertainment technology spun in the direction of MP3 technology and internet-based delivery. Meanwhile, the average music consumer interested in hearing Rundgren’s latest work could purchase a comparatively non-interactive (standard CD) version of the album, though even it invited a certain degree of interactivity: No World Order worked nearly as well when the listener set the player to “random track shuffle” as it did playing straight through. (There would eventually be several versions of the album issued, including the ominously titled No World Order Lite, an ultimately less-than-satisfying mix of the material). 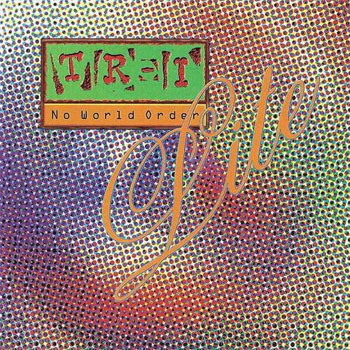 Stripped to its basic elements, No World Order is a collection of ten songs. And despite the album’s dodgy reputation, Todd Rundgren’s near infallible sense of melody — one arguably on a par with that of Paul McCartney and Brian Wilson — rarely fails him. Songs like “Worldwide Epiphany” and (most notably “Property” are full of all the ear candy that has characterized the man’s most enduring songs, classics like “Hello It’s Me,” “Can We Still Be Friends?” and “Love is the Answer,” to name but three of his most well-known compositions.

But yes, Todd does rap. In 1993 it was nothing short of shocking that a supreme melodicist (and deeply expressive vocalist) of Rundgren’s stature began spitting spoken-word verse on an album; it would have been no more shocking had Wilson or McCartney done so (notably, they didn’t). Sometimes the raps come at the listener rapid-fire, as on “Day Job” when Rundgren says: “Media-pimp / Day after day, nite after nite if the money is right / The campaign goes on to make right seem wrong / With computer animation and a hip-hop song.” As ever, Rundgren has a lot on his mind, and he’s more than willing to share it with his listeners, even in a somewhat unorthodox manner.

No World Order also showcases Rundgren at his most musically and lyrically abrasive: “Fascist Christ” is as jarringly provocative from a musical standpoint as it is from a lyrical one. And you haven’t lived until you’ve witnessed Rundgren’s computer-animation video for the track, in which crucifixes come alive and twist themselves into swastikas. No, really. But even here, Rundgren’s wicked sense of humor is in evidence, as he chants “Gimme that old time religion” at the end of each chorus.

Fans who want a song with all of the pop hit qualities can delight in “Proactivity” and “Property,” standout cuts on No World Order (and ones that stood up especially well to the CD-i’s on-the-fly remixing). And the shimmering, transcendent qualities that are a hallmark of much of Rundgren’s work are on brilliant display in cuts like “Worldwide Epiphany,” “Love Thing” and (especially) “Fever Broke.” Even those who most treasure Rundgren’s melodic rock side could — if they chose — revel in tracks like “Word Made Flesh” and (if they’re a bit adventurous) “Fascist Christ.”

Released a quarter century ago this year, No World Order stiffed on the charts. How could it do otherwise? At his best, Rundgren has never been a commercially-minded artist, and No World Order is miles away from the pandering, more-of-the-same approach so favored by record companies in search of the next blockbuster. Rundgren’s 1993 album challenges listeners at every turn; even in its de-fanged Lite version, it’s not “easy listening.” But for the, er, faithful, No World Order is as compelling a work as Todd Rundgren has ever produced.

Much maligned — even ridiculed in some quarters — on its release and not generally considered among his best works, Todd Rundgren’s No World Order remains a fascinating example of the groundbreaking artist who’s unafraid to try new things. And beyond that, if one approaches it with an open mind, it’s a great listen.