Bill Kopp: The band has enjoyed rather consistent commercial success in the UK and a number of European countries. Simple Minds’ commercial peak in the U.S. lasted more than a decade, which in and of itself is impressive, but of course, that’s just a slice of the group’s overall history. Despite the high quality of the music and the sort of worldwide success, the most recent albums that you’ve released haven’t charted in the U.S. Do you have any ideas why? 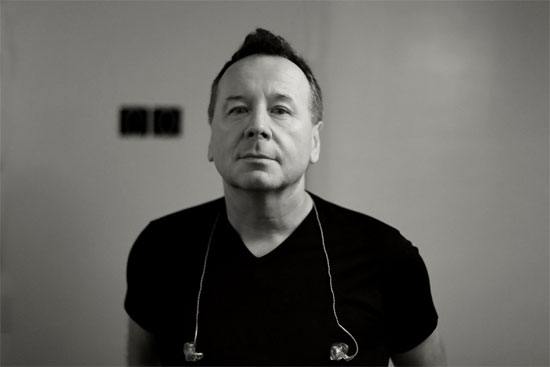 Jim Kerr: Well, there’s a lot of reasons. The main reason probably begs another question. Let’s just say that in the early ‘90s, the wheels did come off our thing. Our longtime manager who wad worked with us decided he’d had enough. Michael MacNeil, our keyboard player, decided he didn’t want to be in the band anymore, and hasn’t been in the band since. Also, considering we started in 1978, by the early ‘90s, we were probably dead on our feet, anyway. I don’t want anyone to feel sorry for us, but we probably had run out of juice, which is rather unfortunate after being one of the big shots of the ‘80s. Come the ‘90s, the new kids on the block are coming over the horizon. That’s when you really need to regroup, reinforce, and reinvent because the young kids don’t want their big brother’s band.

So, it was going to be tough anyway, and unfortunately, in our case, wheels kind of came off. Obviously we didn’t quit, we didn’t give up, but it meant that we didn’t do very much. We were kind of lost. We didn’t know where we fitted in. We didn’t know what was what. Grunge had come and gone. Britpop, all this stuff. We had to decide what we were going to do, and it took awhile. But in the time, the prestige and profile, certainly in America, had gone. And it’s been very hard to get a chance to come work there ever since.

And that’s why we’re really delighted about getting this opportunity, getting out and coming to places. I mean, don’t get me wrong: I don’t expect to be at the top of the Billboard charts come Christmas, but that doesn’t matter to us just now. What matters to us is to get out there, get playing, show that most of the people coming will be interested in the band, show people the progress we’ve made in terms of being a great live band. And who knows? Maybe as a result of this tour we’ll be able to add playing in the States to our regular touring bouts. Certainly, this is what we’re gambling on. And if that’s to be the case, then nothing would make us more happy.

Some years ago, I interviewed Thomas Dolby and he told me, “Every week I get an offer to off and do some ‘80s revival tour with ABC and the Flock of Seagulls. With all due respect, I wouldn’t touch something like that with a 10-foot pole.” With regard to Simple Minds, what are your feelings on that subject?

Well, I’d be a little more respectful, but we wouldn’t do it. I don’t think we would. We’ve been offered that stuff. We know we had peaks and we know where we came from, but we’re a band that’s still adding chapters to our story. Whether people are interested in those chapters, whether people know about them … we just put out an album there that we think reflects on the period we came from (i.e. the ‘80s), but it’s contemporary.

I would also say, with respect to those guys, we don’t have to do it. We’ve been looked after. Our kids have got shoes. I mean, I would be respectful to them. But if you said to me, “Tears for Fears are going to play. You want to play with them, go on tour, make it a great night?” Sure, no problem.

When the band began, the industry was very different. There were record company people between the band and fans. With the rise of the internet, fans have, fairly or not, an expectation of more direct contact with the artists that they follow. Is that sort of thing—social media, meet-and-greets—something that you embrace?

I’ve been on Facebook and on our own sites and all that stuff. It’s something that we embraced in that ‘90s period because when no one wanted to talk to us, we were kind of blessed, in a way, because we did have a fan group worldwide. And suddenly, this thing came along that let you talk to them and let them talk to you. Or inform them, at least. And everyone said, “This thing is great. This internet thing. You can talk to fans now.”

It’s like, “Yeah, but what are you going to say? What are you going to give them?” I’ve been told, on more than one occasion, that we’re good at it. What a great tool to get the message out. A lot of people who like Simple Minds or their favorite artists, some of them kind of support them in the same way that people support their football team, or their baseball team, or their ice hockey team. You want to read a little thing about them every day. And that’s my kind of philosophy for something going on, a little bite-size chunk every day to keep it going. Even if we were on tour in Europe, a lot of people in America are getting to feel the flavor of what’s going on here, and they feel a little bit clued up as to what’s happening. 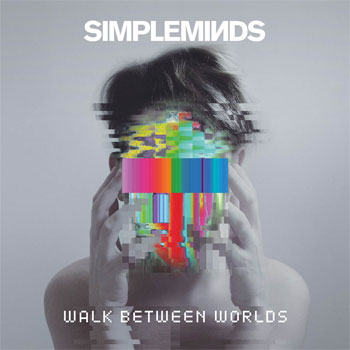 Obviously, the band’s biggest hit here was, “Don’t You (Forget About Me).” Do you think that North American audiences will sort of wander into your shows expecting everything to sort of sound like that song, or do you think they’ll be more familiar with and accepting of the new music and the rest of the catalog?

But at the same time, there is that colossal thing, that Breakfast Club thing, and “Alive and Kicking,” and those MTV songs. There will be people who know that as well, but if that’s the kind of sound that they like, they won’t be let down.

The new album, Walk Between Worlds has connections with what you sounded like in the 80s, yet it doesn’t sound dated; it doesn’t have a retro feel to it…

Yeah. I’ve got to say we lucked out, but we landed exactly where we wanted to land with that. Because, how great if you can conjure up those ghosts from the past, and as you say, not make it sound like it’s sort of a poor identikit, instead make music that’s still somewhat evolving.

In 2018, what’s your motivation to continue with making music?

Well, that goes right back to the first thing we were talking about: that link as kids. I can tell you that when we started the band in 1978, obviously we were naive. We had no idea of anything. And back then, no one knew about wealth, or money, or box office, or who sold what. We just wanted to be an especially great live band. That meant you had to have great music and great songs. And we wanted to take it around the world.

And here we are, 40 years later, not only still getting the opportunity to do that, but still dealing with the challenge involved in trying to reach that goal that we set for ourselves. So, that’s what I was like back then. And that’s what I’m like now.