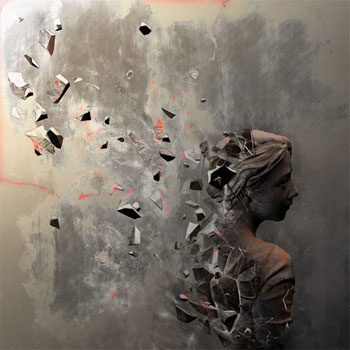 Combining literate, singer-songwriter approach with instrumentation that draws form trip-hop and moody alternapop, Canadian artist Elza has crafted an album of subtle beauty on Nothing’s Wrong. Elzy doesn’t possess the overly-affected vocal mannerisms so trendy these days; she sings in a straightforward, unadorned manner, and she has the pipes to pull that off with out artifice. Her background – Russia, Israel, Vancouver – has surely informed her musical approach in some ways, but for the most part, Nothing’s Wrong doesn’t explicitly sound like anything from any of those places.

The minor-key, contemplative tunes have a feel not unlike Steven Wilson’s more mainstream (i.e. less progressive-minded) material. Elza’s voice is, naturally, at the center of the arrangements on each of the album’s ten songs, but the playing – subtle, understated yet assured – is intriguing, interesting and (most importantly of all) sympathetic and appropriate for Elzy’s voice. And just when you think that Nothing’s Wrong is going to be a colleciton of soothing, downtempo tracks, she breaks out with someitng like “Swayed,” a rocking, highly-charged tune that – in a just world – -would earn some serious airplay.

With its wonderful string arrangement, “Hollow” does feature some textures that suggest Northeast Africa and the Middle East – melodic lines that would be at home on an Aviv Geffen recording. “Simple Dreams” shows that Elza can do the introspective acoustic ballad thing well. And the instrumentation on the title track is memorable and effective. In fact those adjectives can be applied to most all of the tunes on this release. “Can’t Heal” is perhaps the only (very minor) misstep: it’s a fine tune, well executed, but it sounds perhaps a bit too much like Natalie Merchant-era 10,000 Maniacs. To be fair, one could do worse than sound like that, and it’s only the one tune. That aside, fans of melancholy, well-crafted adult pop should make a point of hearing Nothing’s Wrong.