Home  »  interview • prog   »   Before and Beyond with Yes Guitarist Steve Howe

Before and Beyond with Yes Guitarist Steve Howe

Progressive rock giant Yes is currently on tour celebrating the band’s 50-year anniversary. Today the group is led by Steve Howe, Yes’s longtime guitarist (he joined in 1970 and has been with the band through most of its albums). Just ahead of the tour, Howe took the time to answer a few questions about the band’s legacy and future. 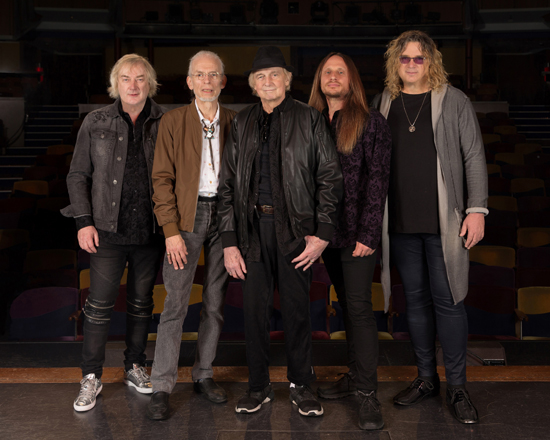 Bill Kopp: After all these years, what keeps playing in Yes fresh and interesting for you?

Steve Howe: I feel that it’s a desirable thing to keep playing this music, playing songs that are maybe sometimes being missed by the band. For instance, our album series tours were so successful; they covered five albums – five and a half, actually – in their entirety.

How do you balance fans’ desires to hear the songs the way that they know them with your own interest in expressing yourself creatively onstage?

I think there’s a happy medium. We’ve become more interested in really looking at the original recordings as much as possible, taking everything we can from them. There are obviously compromises we might make, but that doesn’t really matter. What we’re interested in is giving a sense of realism to it. Without that realism, we might as well not even go and play the right notes. So, we’re really keen on that realism, and I think that’s brought together with improvisation.

After all, a solo is a solo, and you can play what you like. Tunes always develop into some sort of free form idea in somebody’s solo, whether it’s [keyboardist] Geoff [Downes]’s, or mine, or whether it’s the bass or drums. There’s got to be some freedom. But again, it’s nice hearing the raw, core tunes that call in that solo.

Throughout its history, Yes hasn’t really done a lot of road-testing material before recording it as an album. Why not?

We only did that on The Yes Album [1971]. I’ll tell you one reason why: until the music is defined and has had the care and attention that recordings get, then to play it onstage is somewhat compromising. We always did improve the songs by having them in a rehearsal room and then having them in the studio. Also, we don’t want to get bootlegged; we don’t want an album out of new songs before we release them.

You left after 1980’s Drama, but returned for Union in the early 1990s, and then rejoined permanently in 1995. Can you explain all that in a few words?

When it stopped after Drama, it was over for me because it was over for the whole band. Union, that was a [temporary] regrouping. But in ‘95 I realized you could go back to a band, pick up the pieces, and do it all again, which was great. 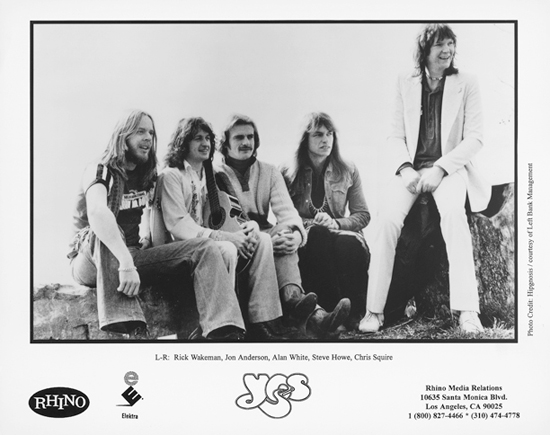 It’s been nearly four years since the last album of completely new material, Heaven & Earth. At this point in Yes’ career, do you feel that the band still has new things to say music-wise?

I’m very good at not making promises that are premature. Basically, in a low-key way, we’ve been getting ready to investigate each other’s music. And if that is very productive, then we could have something pretty good. But we have to feel that way about it. We’ve got interest from labels and things like that, but we’re not taking anything onboard until we’ve got the kind of thing we like. And so, there is sort of hope that we will find good ways of developing new songs, it’s fairly early process. It wouldn’t take much time once we got the space.

Is there any prospect at all for some kind of a reconciliation with Jon Anderson, Rick Wakeman and Trevor Rabin that might yield something like the Union project?

No, it’s completely off the table.

Once the 50th anniversary tour wraps, where does the band go from there?

Basically, we’ll keep thinking about the set list; we want to have a different approach to that. And we might have a more collective [touring] approach – with other bands – next year. We’ve got other things we might do as well; we’ve already got Japan [on the schedule].

NOTE: If you like reading about Yes, you’ve come to the right place; see links below, and note that it’s not even a complete list of my Yes-related writing.