Time once again for some 100-word reviews. Please note that I receive many albums each day for review consideration; even when allowing for the fact that 80-90% of them don’t make the cut for coverage/review, there are still far too many to cover. What that means in practical terms is twofold: (1) the only way to get to these albums in a timely fashion is to write short, concise reviews and (2) if I write about it here, that in and of itself is a recommendation. 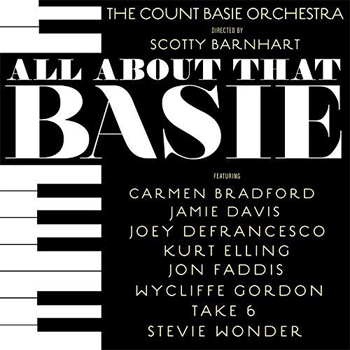 The Count Basie Orchestra – All About That Basie
Trendy and too-obvious title aside, this swingin’ affair is an absolute delight. 83 years after its founding, the Count Basie Orchestra continues to play the thrilling, uptempo arrangements of the legendary bandleader who died in 1984. A follow-up to the band’s 2015 A Very Swingin’ Basie Christmas, this collection serves up a mix of old and new tunes, with an all-star cast of guests including Stevie Wonder (on chromatic harp!) and Kurt Elling. As Scott Bradlee demonstrated with his own Postmodern Jukebox, applying the big band style works exceedingly well where one might not expect, as with “My Cherie Amour.” 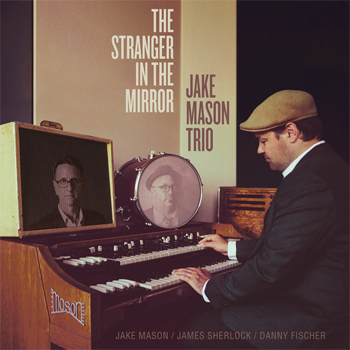 Jake Mason Trio – The Stranger in the Mirror
Ten original tracks from this soul jazz trio (Mason on organ plus guitarist James Sherlock and Danny Fischer on drums) have a nicely intimate, you-are-there feel. Some of the tunes evoke a sort of exotica feel, as on the moody “The Stranger in the Mirror.” The trio changes things up frequently; after a contemplative, downtempo number, they hit the gas pedal and churn out a snappy tune like “Rib Eye,” replete with fleet-fingered guitar work. An original called “Please Please Please” (not the James Brown classic) is some soulful midtempo funk, with a tasty guest spot from saxophonist Paul Williamson. 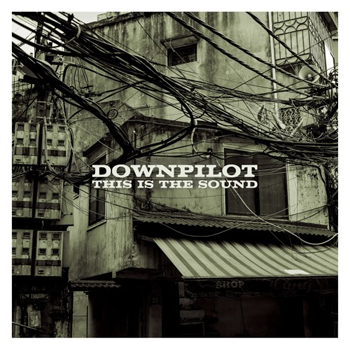 Downpilot – This is the Sound
Hey kids, remember rock ‘n’ roll? Well, this sounds like it. This is the Sound evokes memories of early 1970s rock like T. Rex and the harder-rocking end of Badfinger, but it does so without sounding at all retro, and not especially like either of those groups. There’s also plenty of nuance; gentle tracks like “We Just Come and Go” show that Paul Hiraga has a wide creative palette from which to draw. This album is a grower; time spent with it reveals even greater depth and texture. I wouldn’t be surprised to see this disc on my best-of-2018 list. 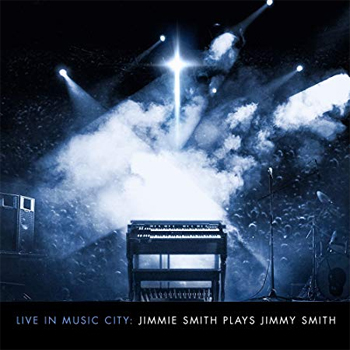 Jimmie Smith – Live in Music City: Jimmie Smith Plays Jimmy Smith
The name might confuse you. Famed soul-jazz organist Jimmy Smith passed away in 2009 at the 79. This gentleman, Jimmie Smith (note the spelling) is a much younger gospel/jazz organist. But he plays here very much in the style of the elder, no-relation Smith. Ten tracks written by and/or closely associated with Jimmy Smith make up this thrilling live set. If you love Hammond B3 solos over energetic, taut full-band backing, you’ll simply delight in this set recorded live in Nashville; the band cooks. Highlights are many; the sinewy guitar on “Get Yourself a College Girl” is a special treat. 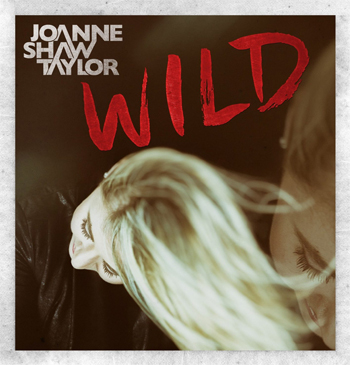 Joanne Shaw Taylor – Wild
British-based Joanne Shaw Taylor plays a mean, bluesy guitar, and she has a smoky, raspy voice that remind me a bit of Bonnie Tyler. Her songs showcase both: tearing up the fretboard and singing in a wholly unaffected, soulful style. The guitarist wrote or co-wrote all but two of the album’s 11 tracks. It’s a varied collection; only “My Heart’s Got a Mind of its Own” is really blues. The two covers – “Wild is the Wind” and the classic Gershwin tune “Summertime” – are absolutely superb as well; the latter features a soaring, heartfelt solo and truly impassioned vocals. 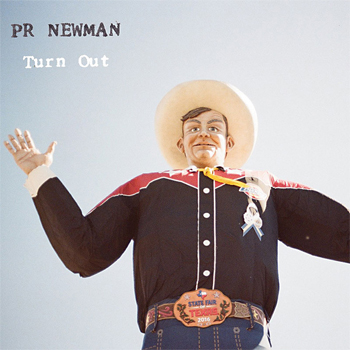 PR Newman – Turn Out
When I saw the album cover, my first thought was, “Americana album.” Not that there’s anything wrong with that. But that’s not what we have here. Turn out is shimmering rock-pop of the sort the dear departed Tommy Keene used to make, albeit with just a twinge of twang, sort of like Dwight Twilley used to give us. The album gets quirky in places (“Here Come the Rangers” reminds me of Sparks playing the blues, of all things) but that, too is fine. Stick around; you’ll find some jazzy saxophone solos, too. Turn Out is, in the end, wildly eclectic. 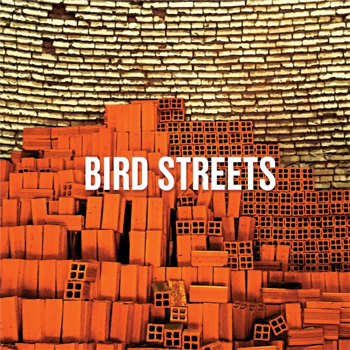 Bird Streets – Bird Streets
Jason Falkner made two of the 1990’s best albums; they were criminally underappreciated. He turned his attention toward helping other artists (Air, for one, and later Beck), applying his astounding talents to their vision. In recent times he’s taken another approach: collaboration. Thomas Walsh, R. Stevie Moore, and now John Brodeur. Falkner can be a chameleon, so it’s sometimes difficult to divine exactly what he brings to each song, but knowing his work, it’s likely plenty. This collaboration is more breezy and tuneful than rocking, but that’s fine. “Betting on the Sun” is as good as anything he’s done before. 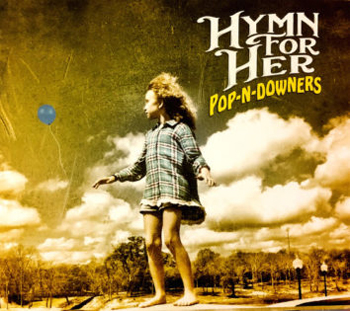 Hymn for Her – Pop-N-Downers
On their previous outing, husband-and-wife duo Hymn for Her (Lucy Tight and Wayne Waxing) made a rough and ragged kind of Americana, stomping and energetic but decidedly upbeat. On their latest full-length the couple takes a slightly different approach. The instrumentation is a bit more fleshed-out, and more sophisticated as well. You’ll still find plucky banjos and rough-hewn harmonies, but there’s a dark undertone to some of the music, and the songs seem informed by the nomadic lifestyle the couple enjoys. Calling it Pop-N-Downers is no misstatement; “Human Condition” might break ‘em through to a wider audience. I’m won over. 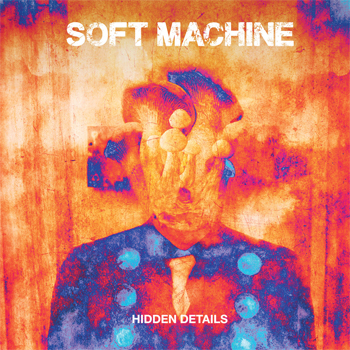 Soft Machine – Hidden Details
Let’s sidestep questions of legitimate claim to the name Soft Machine, shall we? The current lineup of Soft Machine (an outgrowth of Soft Machine Legacy) does have a spiritual and musical connection to the 1970s lineup that included Hugh Hopper, Mike Ratledge and Robert Wyatt. This aggregation squeals and squawks in the best avant-jazz tradition. But it rocks, too; if you can imagine the current nine-headed-beast King Crimson lineup focusing exclusively on Larks Tongues in Aspic era material, you’ll have a sense of what they sound like. Brutal beauty, impressive pyrotechnics and uber-heaviness abound. Produced by the late John Hiseman.

Greg Diaz & the Art of Imagination Jazz Orchestra – Begin the Agora
Modern big band music doesn’t have to sound like a throwback, nor does it have to include electronics and other au courant aural ingredients. Here’s proof positive: this collection of five extended pieces is timeless in both its approach and its wide appeal. Leader Diaz plays tenor sax and clarinet (and even sings) while sixteen other musicians do their thing in style. The live-in-the-studio production quality is crystalline and breathtaking; the soloists seem to rise physically out of the band when they take their turns. This kind of jazz could win over those who think they don’t like such things.