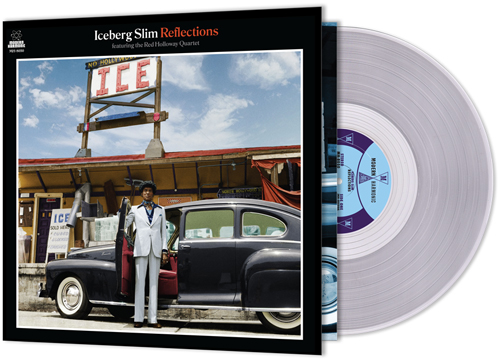 If I told you that a key inspiration for the slice-of-street hip-hop of Ice-T was an earlier recording artist going by the name of Iceberg Slim, you’d likely develop some immediate preconceptions as to what the earlier iceman sounded like. But I’m here to tell you that you’d probably be way off base.

Iceberg Slim released Reflections in 1976; like Ice-T, he came by his street cred honestly: he was a pimp, a hustler, a dealer. But the recording he made – which, to be fair, predates gangsta rap by some years – sounds nothing like the later hip-hop recordings.

And there’s the music. Recording in an age long before samples and breakbeats, Iceberg Slim instead employs a real instrumental ensemble. So while he speaks of tricks and p***y, the players lay down a slinky, slightly sinister but always cool vibe. The music is mostly in a souljazz/blues style, which is a little unnerving, set against Iceberg’s NSFW tales. “The bitch has to go / to be a real good ho’,” he tells us, while a smoky barroom piano melody vamps. He’s equal parts eloquence and malevolence. Biographer Justin Gifford pens an excellent liner note essay, providing context about the life of Iceberg Slim (born Robert Beck), from his 1962 prison release to his death 30 years later, right around the time of Los Angeles’ Rodney King riots.

Iceberg Slim is the missing link between Nordine’s word-jazz and the gangsta rap of the 1980s. You’re forgiven if – like me – you had no idea such a link even existed. It does, and this clear vinyl reissue is the proof.