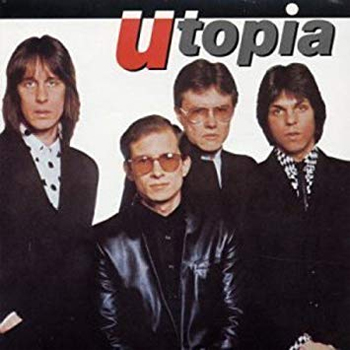 Utopia (1982)
Meanwhile, Rundgren, Wilcox and Powell had continued without Sulton, adding bassist Doug Howard as they began work on a new album for Network Records. The new-wave flavored Utopia featured some of the band’s strongest songwriting to date. “It was a very collaborative period,” says Wilcox.

Once Sulton came back on board, he took part in writing songs with Powell, Wilcox and Rundgren. He says that sometimes one member would bring in a completed song. “But for the most part, at least one half to two-thirds [of an album] would be collaborative. Somebody would bring in an idea – maybe a verse or a chorus – another person would bring in a bridge, and then we’d stick pieces together that we thought worked well as a whole song.”

“We didn’t want to have to get into arguments about who wrote what and how much of a percentage of publishing and writing credits any one guy would own,” Rundgren says. “So, we just said, ‘The simplest thing is, we credit everybody on every song.’”

The second album to be called Utopia featured fifteen songs spread across three LP sides, with the last five repeated on Side Two of the second platter. The concise, punchy songs exemplified the power pop/new wave style; highlights included “Libertine” with its Sulton lead vocal, “Private Heaven,” the rocking “Hammer in My Heart,” and “Feet Don’t Fail Me Now,” which was also made into a clever music video for MTV. The album reached #84 on the Billboard album chart, beating Swing to the Right‘s disappointing #102 but not changing Utopia’s commercial fortunes. Utopia would be the band’s sole release on Network Records; the label ceased operations by 1985. 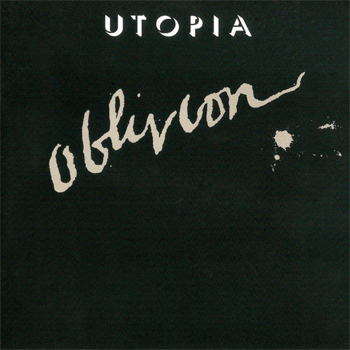 Oblivion (1984)
By the mid 1980s Utopia had established itself as a successful live act; several concert recordings were released on VHS, and the band’s live shows were featured on many radio broadcasts in the U.S. And the band was concentrating on performance. “We did less and less of that long-winded jamming,” says Rundgren. “We focused more and more on our vocal blend, on the tautness of the arrangements.”

But in terms of albums, Utopia seemed unable to gain commercial traction. Signing a deal with Passport Records, the band released Oblivion in January 1994. The album features a solid mix of hard rockers, electronics-tinged dance numbers and ballads. Oblivion fared slightly better on the charts than its predecessor, reaching #74 on the U.S. Pop Albums chart.

The catchy single “Crybaby” made it to #30 on the U.S. Singles chart. Sulton considers Oblivion‘s “I Will Wait” as his favorite among the Utopia songs featuring his lead vocals. “Songwriting-wise, we hit our peak on Adventures,” says Sulton. “But that’s not to say that everything afterwards was on the downturn. I think that we maintained a standard that we tried never to fall below.” 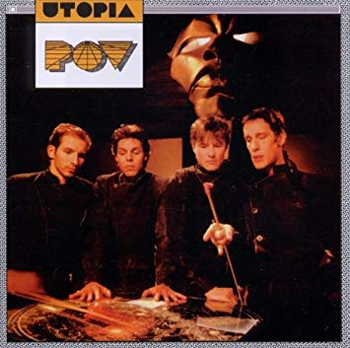 P.O.V. (1985)
Almost exactly one year after Oblivion, Utopia returned with what would turn out to be its final studio album of new material. By this point, the four members were each becoming frustrated with the band’s lack of greater success. As a result, Utopia made changes that smacked of desperation.

“I would probably take the credit or blame for that,” says Willie Wilcox. “I was the proponent who wanted to bring more programmed music into the band. At that time period, Madonna, Prince, and these kinds of bands and artists were becoming very popular. Drum machines, synthesizers and sequencers – which now completely populate and dominate our entire music scene – were just starting to become prevalent.”

But applying those new technologies took a lot of time and effort. Rundgren says that Wilcox “spent most of the record learning how to program drums instead of playing the drums. And that kind of just took the soul out of the band. We started to get the sense that Utopia couldn’t withstand the weight that we were putting on it.”

“Willie was attempting to be current,” Sulton says. “But we were just playing machines. I think Todd’s and Roger’s attitude was, ‘If this is the way we’re gonna do this, we don’t want to have any part of it.’” 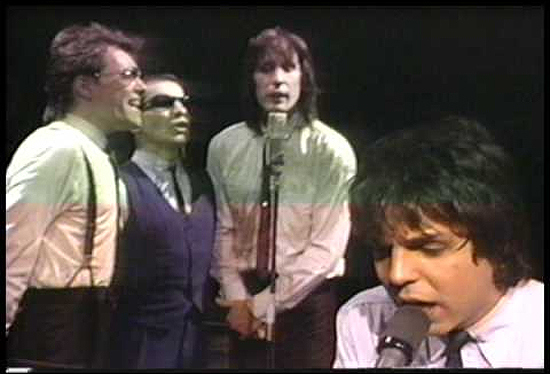 Coupled with Bearsville’s indifference, Wilcox’s insistence on programming the album’s drum sounds was the final straw for Utopia. “I think we got along up until things got near the end,” Rundgren says. “Years later we would try to put the band back together again, but it never really gelled.”

Rundgren says that Powell, too was becoming restless, wanting to spend more time on a software project he had been developing. “For most of our career,” he says, “we would all get together in the studio, share our ideas and hash them out together. But by the time we got to P.O.V. everyone was working alone.” He acknowledges that the group’s fan base didn’t welcome the new sound. “A lot of the fans felt that there was something cold about it, something kind of inorganic in the end. Which there actually was. After we finished the record – which was difficult to get through – we went out on tour. And then the band broke up.” 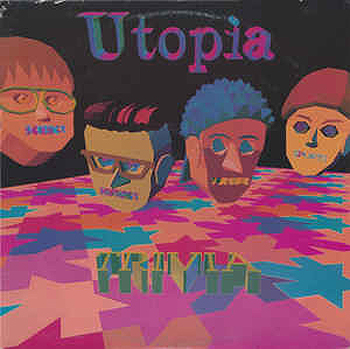 Trivia (1986)
The Trivia compilation collected songs from the band’s previous three albums and added two new songs left over from sessions. The four members of Utopia went their own ways: Rundgren continued with his solo career and outside production duties. Sulton did extensive session work, joined Joan Jett’s Blackhearts and eventually became music director for Meat Loaf; in subsequent years he would often work with Rundgren on the latter’s albums and live tours.

Powell pursued his interests in computer programming, including work on MIDI technology and digital synthesis. He spent more than a decade with Apple as a senior programmer. Wilcox went behind the scenes and into songwriting and sound design, working for MTV, then as a staff composer for NBC-TV.