In 2018, one of the unlikeliest reunions in rock history became a reality. Todd Rundgren’s Utopia – or at least three-fourths of its 1980s lineup – came back together for a two-month tour, one that would survey the band’s musical journey from a groundbreaking progressive ensemble to a more conventional (yet distinctive) melodic rock band. On the eve of the tour, guitarist Rundgren, bassist Kasim Sulton and drummer Willie Wilcox took the opportunity to look back upon Utopia’s history. 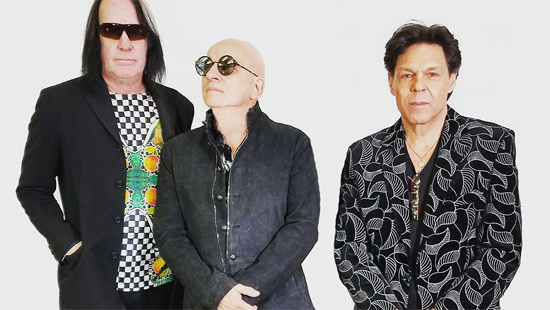 By 1973, studio wunderkind Todd Rundgren’s creative impulses were pushing him in a variety of directions. On the heels of his critically-acclaimed 1972 double LP Something/Anything? Rundgren seemed determined to confound fans and critics alike who loved that album’s catchy pop songs; instead of crafting an ear-candy follow-up, he instead followed on upon the album’s more ambitious works such as “The Night the Carousel Burned Down.”

That next album would be the dense, late-psychedelic opus A Wizard, A True Star. While the LP contained occasional flashes of Rundgren’s pure pop sensibility and love of Philadelphia soul, it also featured oddities like a cover of The Capitols’ 1966 hit “Cool Jerk,” re-imagined in the decidedly non-danceable 7/8 time signature. AWATS also found Rundgren indulging his love of ambitious, complicated progressive rock. 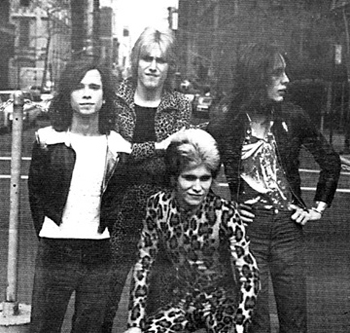 Rundgren’s fascination with the progressive and fusion territory being explored by artists like John McLaughlin and Frank Zappa’s Mothers led him to create a prog band of his own. Initially Utopia featured Rundgren on double-neck guitar, two keyboardists (an unknown Florida musician named David Mason, and a French synthesizer wizard calling himself M. Frog Labat), and the rhythm section that had backed Rundgren on his first two solo LPs: brothers Hunt and Tony Sales on drums and double-neck bass, respectively.

“We went out on tour with a grand concept,” Rundgren recalls, “but no product to promote, nothing that remained after we did it.” He says that part of Utopia Mk I’s failure was due to “not having a record out to kind of signify that this was a lineup. The other thing was that we were a little overly ambitious in terms of the production; technical issues prevented us from doing things the way that we hoped to do them.” That embryonic lineup splintered before ever recording, but audience tapes captured the group live at a college in New York, debuting material including the band’s anthem, “Utopia Theme.”

“The concept was just kind of mothballed,” Rundgren says, “until I decided to revive it with musicians I had been working with in the studio.” Rundgren reconstituted the band, bringing back M. Frog (born Jean-Yves Labat), adding three New York musicians who had played on A Wizard/A True Star, plus former Bette Midler drummer Kevin Ellman. “We were all very fascinated with fusion,” Rundgren says. “There weren’t really a lot of labels yet. Progressive rock had yet to be recognized as an actual genre, but there was obviously something happening with bands doing extended, less pop-oriented music.” He readily acknowledges the influence of Mahavishnu Orchestra, Return to Forever, and Weather Report. 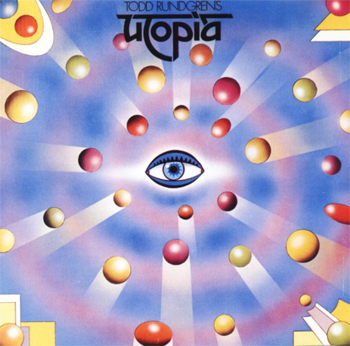 Todd Rundgren’s Utopia (1974)
Rundgren says that with Utopia, he hoped to concentrate on his guitar playing. “I had been focusing more on songwriting, which was a product of working with a piano as opposed to a guitar,” he says. “I felt like I was sort of losing my chops, so I formed Utopia as a way to get myself more in shape as a guitar player.” The six-man Utopia took to the road, and released its debut record, featuring a live version of “Utopia Theme.” The whole of Side Two was taken up by the epic, 30-minute prog extravaganza “The Ikon.”

Another Live (1975)
Rundgren continued with his solo career, releasing two more albums: the double-LP Todd (1974) and 1975’s Initiation; both bore the influence of Rundgren’s progressive leanings – and included some of the same musicians – blurring the line between his solo work and Utopia. By the time of Utopia’s live second album, M. Frog and drummer Ellman were gone, replaced by synthesizer virtuoso Roger Powell and John “Willie” Wilcox, a drummer Rundgren met during his production sessions for Hall and Oates’ War Babies LP.

The Hall and Oates session was Wilcox’s first time in the recording studio. After touring in support of War Babies, Wilcox met John Siegler, then the bassist in Utopia. “I ended up joining Utopia while I was playing in Bette Midler’s show,” Wilcox says. Though his work with Hall and Oates and Midler was pop-oriented, Wilcox transitioned easily into the Utopia repertoire. He suggests that “prog music is a much more organized version of where jazz came from.” 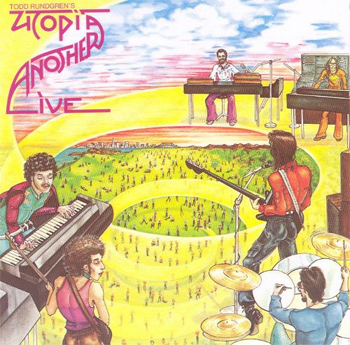 Keyboardist Roger Powell had a thriving career with ARP Synthesizers, and had already released a solo album of his own (Cosmic Furnace) before joining Utopia.

From six to four, transitioning out of prog
The Utopia lineup kept changing, and by 1976 it was down to a foursome: Rundgren, Powell, Wilcox and Siegler. That lineup played on Todd’s 1976 Faithful LP. Wilcox reflects on the genesis of the four-man lineup: “The original Utopia was all these different musicians wanting to play together, write music and songs, and it was kind of an experimental situation,” he says. “They did their prog thing, and as time went on, people faded away, did other things.” Rundgren adds, “After we had a year or two of fairly strenuous touring, the guys in the band started to realize it wasn’t the lifestyle they were looking for. So we kind of organically pared down to a quartet.”

Siegler was the last of the early members to depart; in his place came Kasim Sulton. He had been playing keyboards with Cherry Vanilla, and describes joining Utopia as “a happy accident.” One day he rode along with a friend who was giving David Bowie’s guitarist Earl Slick a ride to the airport. Slick asked Sulton and his friend, “Do either one of you guys want to play bass for Todd Rundgren?” Sulton said yes, and was given contact information for Roger Powell. After explaining that despite his current keyboard gig, he really was a bassist, Sulton got an audition at Utopia’s studio/rehearsal space in Woodstock, New York.

Sulton impressed Rundgren, Wilcox and Powell. Even though he was only 21, he had a good bit of experience as a musician. Still, he says he looked upon Utopia’s progressive-leaning music as “a wonderful way to challenge myself, expand my musical horizons and be out of my comfort zone.”

As a four-piece, Utopia began a move toward a more streamlined, less overtly prog style. Sulton stresses that there was no master plan to change Utopia’s style. “It was always like, ‘Well, this is what we’re gonna do on this record. We have no idea what we’re gonna be doing on the next one; we’ll cross that bridge when we come to it,’” he says. Wilcox concurs. “We really started to develop into a real band where everybody was writing, producing, singing and playing,” he says. “It really did start to develop into a real band; it wasn’t a project any longer.” Rundgren adds, “The material certainly changed, but it didn’t change abruptly. The first album we did under that lineup was Ra, and that was still a pretty highly conceptual and somewhat prog rock-y record.”