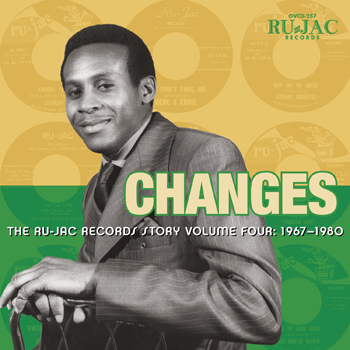 Something Got a Hold on Me covers 1963-1964, the earliest years of Ru-Jac, ones that featured the Kay Keys Band, Little Sonny Daye, Brenda Jones, Parker, the Teardrops Band and several others. Most names won’t be familiar to most outside the Baltimore soul scene of that era, but the quality of the music is undeniable.

Owing to both the passage of time and Rufus Mitchell’s sometimes less than meticulous record-keeping, the Omnivore team would be unable to identify the provenance of some of the Ru-Jac tapes. As a result, two of the cuts on Something Got a Hold on Me – “Trash Can” and the song that provides the set with its its title – are credited to “Unknown Artist.”

And despite Omnivore’s best efforts, that lack of information would sometimes extend beyond the name of the artist. Several songs across the Ru-Jac compilations are missing writer’s credit. And session information – recording dates, personnel – would be even more difficult (and sometimes impossible) to come by.

“There’s nothing you can do,” Pawelski admits. “The songs are so great that you can’t say, ‘Well, we’re just not going to include them.’ So we have to just admit that we don’t know who it is; there’s just no information.”

Sides from Holt, Brenda Jones, Butch Cornell’s Trio and Parker predominate on Get Right, the second volume in the new Ru-Jac series, this time covering 1964-1966. Two more volumes, Finally Together and Changes, take the Ru-Jac musical chronology up to its end in 1972, adding a final single released in 1980. Access to the Ru-Jac archives included discovery of a number of demo recordings, instrumental backing tracks and alternate takes, and whenever possible Omnivore has included these on the new collections.

It’s worth noting that the Winfield Parker and Gene & Eddie tracks on The Ru-Jac Story discs aren’t repeats of cuts found on Omnivore’s earlier CD releases. “We had some alternate recordings,” Pawelski says, “so that even after doing something comprehensive on both of those artists, we’d still have some nuggets to add.” 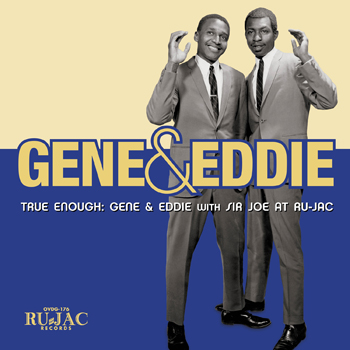 And nuggets abound. “I love the Rita Doryse stuff,” Pawelski says, referring to the five cuts that open Finally Together, the volume covering Rujac’s 1966 and 1967 output. And she gushes that Marie Allen – a highlight of the first volume – “just rips the head off the songs she sings. Kitty Lane was a super awesome singer, too.” None of those singers would become a household name beyond Baltimore. “They were all either regional, or didn’t go very far,” Pawelski says.

Cheryl Pawelski readily admits that when she first dug into the Ru-Jac archive, she was unfamiliar with most of the artists. Serious Northern soul aficionados, however, have long known about the Ru-Jac label. Pawelski says that she discovered that some of the highly collectible 45s from Ru-Jac sell for more than $1500. “Or more,” she adds. “Sometimes a lot more.” Pawelski credits some “high level collectors” for helping compile the complete picture that The Ru-Jac Records Story represents.

Pawelski stresses the musical and historical importance of the body of work chronicled by Ru-Jac. “Somebody said that it’s a sort of alternate universe Stax/Volt,” she says. The venerated Memphis label had its own stable of in-house writers, including Isaac Hayes, David Porter, Mac Wright and Betty Crutcher. “And in a similar way, the Ru-Jac folks had Arthur Conley and Sir Joe.”

And employing a practice common at the time, writers would often have their songs cut by more than one artist, in hope of increasing the chances for a return on investment. Pawelski says that in that manner, Ru-Jac followed “the way that a bigger publisher or label operated.” Referring to the new compilations, she points out that “you’ll see that Winfield Parker would release different versions of songs. There’s one – ‘Days May Come, Days May Go’ – that he tried two different ways with two different arrangements.”

Remarkably in light of Ru-Jac’s limited output, the six CDs released so far by Omnivore don’t represent the whole story. “There could be one more package that comes out of the Ru-Jac tapes,” Pawelski says. “Arthur Conley’s songwriting demos. He was writing a lot at the time,” she explains. “And some of the songs came out on Fame and other labels … but not all of them.” So the demos in Omnivore’s possession represent a cache of Conley songs “that nobody’s ever heard.” 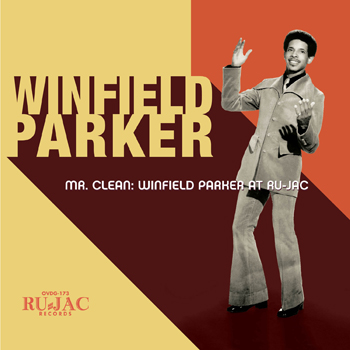 But the challenges involved in that potential project make the difficulties with the previous Ru-Jac recordings seem small. “For some reason, the signal on most of the demos I have by Arthur Conley is so low that there’s a lot of hiss,” Pawleksi says. “We’re working right now to do our best to marginalize that.” She remains confident that Michael Graves of Osiris Studio – the man responsible for the audio restoration on all the Ru-Jac material – will “have it singing to the best of his technological capabilities.”

And Cheryl Pawelski believes that the music deserves the effort. “The songs are amazing,” she says. “I don’t even care about the occasional audio anomalies, because the songs are beautiful.” Listeners interested in a preview of the demos of which Pawelski speaks can hear “Hiding Out in Blue Shadows,” the final track on Get Right: The Ru-Jac Story Volume Two.

If all that’s not enough, Pawelski remains on the lookout for more lost nuggets from music’s past. Making the point that as special as Ru-Jac was, it’s merely one of a large number of local and regional labels that cut songs worthy of rediscovery. “It’s insane, the amount of music that was recorded,” she says. “There are labels all over the place.

“It’s a lifelong pursuit,” Pawelski says. “You keep learning, and your listening aptitude grows and changes. To me, it’s massive amounts of fun. Because it’s endless.”