The Ru-Jac Records Story, Part One 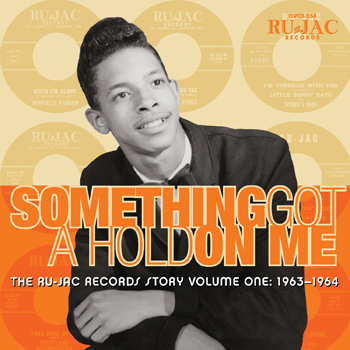 Beginning operations in 1963, Baltimore-based Ru-Jac Records was an African American-owned and -operated record label. Founded by Rufus E. Mitchell and Jack Bennett, Ru-Jac was a singles-only label that released dozens of 45 rpm discs, primarily between 1963 and 1974. Much of the label’s output has remained largely unavailable since the label ceased operations in 1980. But Grammy-winning independent label Omnivore Recordings recently purchased the entire Ru-Jac catalog, and has embarked upon an ambitious reissue/compilation campaign.

As Kevin Coombe (known to Washington D.C. fans as DJ Nitecrawler) writes in his liner note essays for the four volumes of The Ru-Jac Records Story from Omnivore, “Ru-Jac compiled the most extensive singles catalog of any Maryland imprint during the period.” In fact, Coombe notes, “the label logged more releases than most highly local ventures in the entire U.S.”

Ru-Jac founder Mitchell was an associate of Little Willie Adams, a prominent Baltimore figure described in a 2011 Baltimore Sun obituary as someone who “went from being a numbers runner on the streets of Baltimore to the city’s first prominent African-American venture capitalist.” He selected Rufus Mitchell as the general manager of his Carr’s Beach Amusement Company, an organization that developed and maintained Carr’s Beach, one of only two resorts on Chesapeake Bay designed exclusively for African-American vacationers.

By the 1950s, Carr’s Beach was a popular spot on the so-called “chitlin circuit” frequented by musicians and entertainers of color. A steady stream of quality performers made appearances on Carr’s Beach stages. Mitchell scheduled shows through his Ace Bookings company, often supplying local artists to open for the headliners. Building on his experience gained working in business and entertainment, Mitchell started Ru-Jac in 1963, operating the label out of his home on Laurens Street, northwest of downtown Baltimore.

Georgia-born Arthur Conley had begun his musical career in 1959 with Arthur & the Corvets, releasing three singles on an Atlanta-based label. By 1964 he had moved to Ru-Jac, releasing “I’m a Lonely Stranger.” That single attracted the attention of Otis Redding, who convinced Conley to work with him instead. After cutting Conley’s remake of “I’m a Lonely Stranger” for his own Jotis label, Redding collaborated with Conley to write “Sweet Soul Music,” a massive hit for Atco Records in 1967. 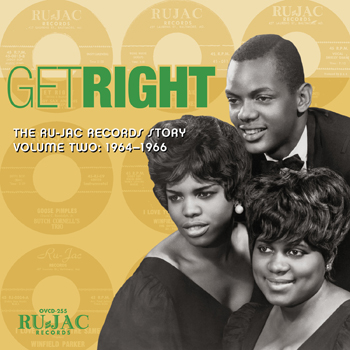 And it was through her interest in Conley’s work that Omnivore Recordings head Cheryl Pawelski first learned of the Ru-Jac story. “Arthur Conley was the lead singer of Harold Holt & His Band,” she says. A couple of Ru-Jac sides were included on a 2011 Ace Records compilation, I’m Living Good: The Soul of Arthur Conley 1964-1974. “I think that was the first time that the Ru-Jac Harold Holt single had appeared in the digital era,” Pawelski says.

Her interest in Ru-Jac piqued, she was very receptive when contacted and offered an opportunity to purchase the label’s entire catalog. Pawelski explains, “A common question that people ask me is, ‘How do you choose your projects?’ The honest answer is that we have a million ideas. Everybody – attorneys, writers, collectors, managers, artists, estates, friends – everybody has ideas. And,” she says with a chuckle, “it’s my job to say ‘no’ for a living.”

But in this case, Pawelski responded to the idea with an enthusiastic yes. “And Ru-Jac is a great label to start with,” she says, “because it’s a lot of fun for me. I like doing deep research.” But Ru-Jac would present a great challenge, too, because there was only so much to work with. As the Omnivore team began work on gathering the Ru-Jac material for release, they had to search far and wide for source material.

Omnivore now owned the Ru-Jac catalog, but that didn’t mean that they suddenly had physical possession of a complete set of master tapes. “A lot of the masters never came back from the pressing plants” back in the 1960s, Pawelski says. So the Omnivore team for the project – Pawelski, Coombe, Dutch Crambitt, Joy Graves, Lee Lodyga and Brad Rosenberger – worked with what they could find.

“We sourced everything from acetates to the most pristine 45s that we could find,” Pawelski says. And when they did locate tapes, those tapes were often of dodgy quality. “We could barely get through some of the tapes, because the splices were breaking,” Pawelski says. “And some were recorded backward and forward, at different speeds.

“This wasn’t a totally professional outfit,” Pawelski says, noting that Ru-Jac founder Mitchell was more of a promoter than a record executive. “But,” she hastens to add, “if he wasn’t a record guy to begin with, he certainly became one.”

After bringing everything up to the highest sonic quality possible without compromising the integrity of the original recordings, Omnivore had enough material for several releases of Ru-Jac music. The label’s first release of Ru-Jac material was Mr. Clean: Winfield Parker at Ru-Jac, released in March 2016. 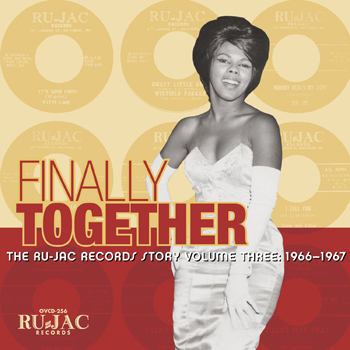 Winfield Parker was in many ways the cornerstone of the Baltimore label. The multi-talented Parker played guitar and saxophone, sang lead, wrote songs and produced sessions. He would release a string of singles on the label, as well as overseeing sessions by many of the label’s other artists. Omnivore’s 2016 collection features 23 tracks featuring Parker in various contexts: under his own name, as “Little Winfield Parker,” fronting the Shyndells Band, and in the form of some previously-unreleased backing tracks and alternate takes.

But Mr. Clean offered modern-day listeners just a taste of what was to come. In September of 2016, Omnivore released its second collection of material from the singles-only Ru-Jac archive. True Enough: Gene & Eddie with Sir Joe at Ru-Jac spotlights the work of the Baltimore soul duo. Gene & Eddie cut six singles for the label; the compilation features all twelve sides including their sole (local) carting single, “It’s so Hard.” The collection also features four sides from Sir Joe (Joe Quarterman), producer and writer of much of the duo’s material as well as a vocalist in his own right.

Omnivore’s busy release schedule – several titles each month – wouldn’t include any Ru-Jac archival releases in 2017, but behind the scenes, work continued. In late January and early February 2018, the label debuted four new standalone compilations of music from Ru-Jac. Under the banner of The Ru-Jac Records Story, the volumes chart the history of the Baltimore indie label in chronological order.