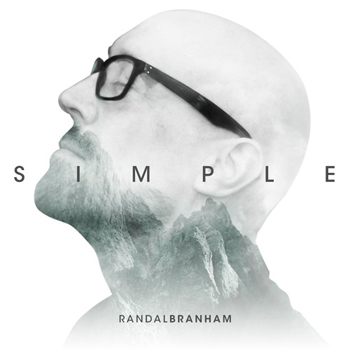 Piano players have an uphill battle when trying to place themselves at the center of a rock band (I say this as a keyboard player myself). When it works – Ben Folds, Elton John – it can be fantastic. When it doesn’t work (and for once I’ll avoid naming names), it’s insipid and even gruesome.

More often than not, it works for Randal Branham. I suspect part of the reason is that he understands the rhythm and blues underpinning that – when properly applied – can give rock its energy. A song like “Simple to Extreme,” the opening cut on his new album Simple, uses a relatively conventional chord structure – one that would work just fine without piano – and then adds kinetic, Professor Longhair-styled keyboard figures that run through the entire song.

Unfortunately, Branham largely abandons this approach after the first track.

On Simple, Branham employs many keyboard textures; the judicious use of synthesizers on “Wonderful” provides a nice bed for this mid-tempo romantic ballad in a vaguely Maroon 5 style. And the keyboardist does a creditable job of changing up the keyboard sounds and styles on each of the albums 13 tracks (I don’t count bonus” remixes as part of albums; this one has two). The tiniest hint of Autotune seems to rear its head in the production, but at least it’s used in the way its developers originally intended.

Those who squirm at heartfelt vocal-and-piano balladry may want to skip over tracks like “Man to Man.” But for those who give it a spin, the tune offers up a positive and welcome sentiment. But as Simple unfolds, it reveals itself to be far heavier on the balladry than the uptempo content. On tracks like “Your shining Love,” the artist seems to be trying to write anthems; those who just came for a good time might find the messaging a bit on the heavy side.

When the uptempo cuts do show up, they’re presented in sharp relief. “Go Out” is a dance floor tune in the mold of Fitz & the Tantrums, but that damn Autotune rears its head once again. And a spoken-word interlude threatens to destroy the vibe.

In the end, Simple seems to be unsure of exactly what it is: a dance-pop collection, a ballad album, or something else. Eclecticism is a quality to be celebrated, but unity of purpose is, too. The net result is that – depending on their tastes – most listeners are likely to dig about half of the tunes on this album, and not care at all for the other half.