Through the Glass: Doc Aquatic

The hypnotic grooves and commitment to melody on Shadowless Man, the latest release from Doc Aquatic’s latest album, display the group’s skill at both drawing from classic influences and filtering those through the band’s own modern-day vision.

“Always the hardest question to answer is, ‘What does your band sound like?’” says keyboardist and bassist Charles Gately, who’s been with the band sine its start in 2010. “So I say, ‘It’s like Pink Floyd in that it’s synthesizers with rock ‘n’ roll, and it’s like the Flaming Lips in that it’s totally pop songs. It’s psych-rock, but with a pop sensibility.” 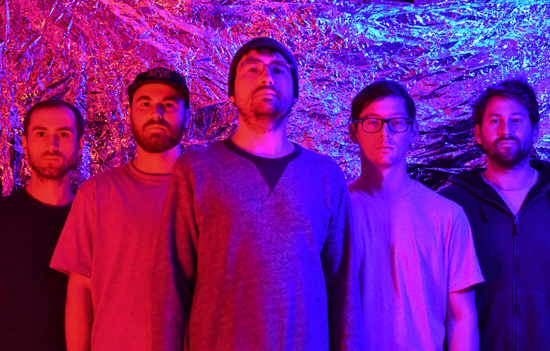 One of the standout songs on Shadowless Man is “Lowland, Shimmer & Gleam.” And there is a shimmering, polished quality to the album’s songs. The high production values let the songs shine. “There’s a little bit of ear candy when you put on headphones, for sure,” Gately says. “But there are melodies, and grooves, and catchy things too.”

Doc Aquatic returns home for its album premier show after playing in Manchester, Tenn. at the Bonnaroo Music and Arts Festival. Ahead of that potentially high-profile show, Gately expressed guarded optimism. “It’s kind of early in the day, so who knows? No one may be there,” he says. “But we’re still gonna have a blast.”

The band began as a quartet, eventually paring down to three musicians. But as time wore on, the nuanced texture within Doc Aquatic’s original songs led the group to expand to five people. Gately plays bass, but he also adds layers keyboard textures using vintage synthesizers like the vintage Roland JX-3P, a machine from 1983. And while working on Shadowless Man, Gately says that he and band mates (and brothers) JC and Zack Hayes realized, “We’re either gonna have to start playing to a click track and have triggers, or we need to get more people in the band.”

“Well,” he backpedals, “there are a few minor things that are missing, but that’s what the record’s for.” He allows that some of the deeply subtle elements of the recordings can be lost onstage, but that’s not really a problem. “Those things are made up for because there’s five dudes onstage rocking,” he says with a smile. “And there’s a bunch of cool lights and smoke everywhere.”