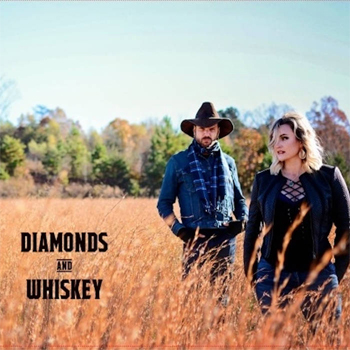 The band name suggests an alt.country/Americana act, and while those labels aren’t too wide of the mark, there’s a harder, edgier and slightly more sinister feel to this music. The southern drawl that characterizes Jenny Webb’s voice places the album firmly in the country and Americana realm, but there’s a rocking and bluesy feel to the songs that feels genuine (as opposed to the result of focus-group testing). And when the fiddles inevitably appear (as they do on “Heartbreak Queen”), they’re joined by some nicely distorted guitars and some tasty slide guitar riffage. The result is music that should appeal to rock fans who have no special affinity for modern country. Yet at the same time, the music is rooted enough in southern flavor that it shouldn’t alienate listeners weaned on a diet of songs about tight jeans, trucks and Fireball whiskey.

The songs here are a nice mix of sparely arranged ballads (like the electric guitar and voice “Wasted on Your Love”) and riff rockers (“Hands Down”). Diamonds and Whiskey draw as much from Aerosmith, Led Zeppelin and Heart (especially that last one) as they do from artists more closely associated with the southeastern United States. And when they do go straight country (“25 to Life”) the results are breathtaking: the keening guitars and harmony vocals blend effortlessly: you can tell it’s a story-song without evening paying attention to the words. “Hold On” feels a bit like Black Crowes, but the acoustic piano “Hero” sounds like something Neil Young might have recorded in Laurel Canyon in the early 1970s. Occasionally the group leans a bit too heavily on blooze tropes (“Hooks”), but one I-IV-V blues number per album is no crime (despite its title, “Muddy Water” isn’t a blues).

Dark Country Voodoo is a solid collection of tunes with no real missteps. And as the sound of the album suggests that Diamonds and Whiskey sounds pretty much the same live onstage, this Charlotte, N.C.-based group shows great promise.