Baritone Sidney Outlaw: “Do things that reflect the times.”

Sidney Outlaw is a highly accomplished and in-demand vocalist. Born and raised in Brevard, the Grammy Award-nominated singer has more than two dozen high-profile operas to his credit, and has brought his rich and sonorous baritone to stages from Juilliard to Carnegie Hall, from Montserrat to Russia. His extensive repertoire includes works by Mahler, Gershwin and many other beloved composers. 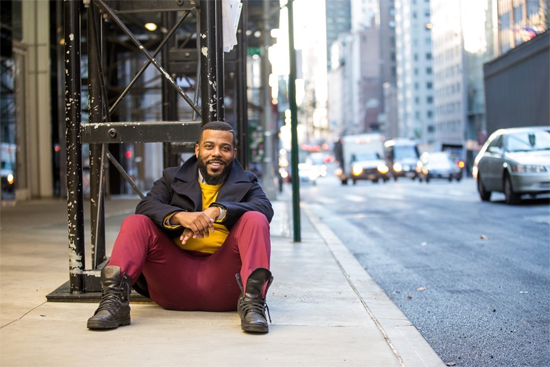 Growing up in North Carolina, how did you discover opera?
I come from a musical family; I grew up in church, singing and trying out different musical instruments. I’ve been in bands since 6th Grade, but I’ve been in music my whole life. I was a drum major, and I played the French horn for years under Dr. Robert Palmer at Brevard High School. So it came from being curious about music and having a fire and a passion for it.

How do you choose the material for a piano-vocal recital?
I always try to take the train of thought of Nina Simone: do things that reflect the times. So I’m doing Ricky Ian Gordon’s “The Genius Child” on this recital. Gordon set to music ten of Langston Hughes’ poems about the Civil Rights movement and urban life in Harlem in the ’60’s. I also chose some of my favorite composers: Foure, Bizet, and four or five Hugo Wolf pieces.

What’s the difference between singing an opera and doing a recital?
They’re different types of storytelling. In a recital, I get to be about 25 different characters within an hour and a half. Whereas if I’m doing an opera, I am playing one character and I have an arc over two hours as that character.

And isn’t opera difficult to follow for audiences who don’t speak languages other than English?
I try hard to make sure that I come across in an honest way, musically and dramatically. That way, the audience – whether they know German, French, Italian, Russian or not – can understand who I am as a character and what I’m trying to achieve.

Speaking of Russia, you were there in June 2017 as a cultural ambassador for the U.S. State Department. What’s you’re favorite thing about that role?
I’m so excited to be able to represent my country in a positive manner, bringing art as a means of diplomacy. I try to lead by example, bring a little bit of happiness to people and use that to aid in creating a more peaceful environment.