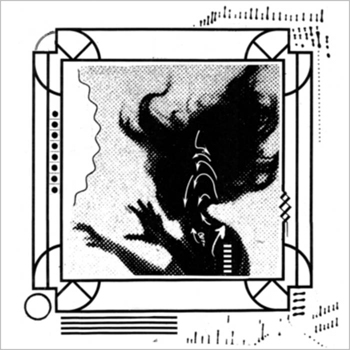 By its very nature, instrumental music is challenging for both musician and listener. The listener has to lend greater concentration to the music, since the absence of lyrics makes the conveyance of overt, direct messages all but impossible. And for the musician, she or he must rely completely on the instrumentation to put across whatever ideas are contained in the music. Of course there is a strain of instrumental music — ambient — that aims to sidestep this set of challenges, but that’s not our concern here.

Tashi Dorji is an Asheville-based guitarist born in the South Asian country of Bhutan. His style is improvisational, and he works with electric guitars and effects processors. Dorji has collaborated with a wide variety of artists, including Asheville-based Shane Parish. Tyler Damon is a drummer/percussionist with a style that sounds rooted in avant-garde jazz, with a decidedly improvisational character as well.

The first recorded document of the duo was a cassette release, Live at the Spot +1, from 2016. That set showcased the pair’s abstract approach to sound construction, and calls to mind the work of composers like the late Glenn Branca and the anarchic Canadian collective Godspeed You! Black Emperor. Both of those artists are also useful touchstones for the sound of Both Will Escape, the duo’s second recorded collaboration, released within a month of the debut.

The two-track Leave No Trace: Live in St. Louis explores musical territory similar to the duo’s earlier outings, but with some distinct differences. The nearly seventeen-minute “Calm the Shadows” builds sonically out of near-nothingness, beginning with little more than some alluring drum work from Damon, with bits of quiet, impressionistic soundscapes from Dorji. The work is a slow burn, with Dorji using loop pedals to layer sound upon sound; his screeching, droning textures form the musical bed upon which he eventually applies wonderfully abstract single-note runs.

There’s a strong dissonant character to the work; listeners in search of conventional musical qualities such as melody or an insistent/consistent beat are cautioned to look elsewhere; Leave No Trace is abstract in the extreme. But that’s not at all to suggest that its two tracks are formless; though the music is improvised, the two musicians seem to have an unspoken understanding — at least in general terms — as to the direction the musical journey will pursue.

Eight minutes into “Calm the Shadows,” the musical maelstrom reaches a kind of crescendo, and then quickly recedes into some quiet drum-centered work that recalls Michael Giles’ work on the earliest King Crimson albums. But Dorji returns quickly, with jagged shards of noise from his electric guitar. Here, his instrument sounds a bit like an Eastern percussion instrument (a gong, perhaps?), with a character wholly unlike that of a conventional electric guitar. As the second half of “Calm the Shadows” unfolds, it takes on the feel of a percussion duet.

Around the twelve-minute mark, Dorji lays down a more conventional set of sounds (the term “conventional” is used here only in a relative sense). As the improvisation winds toward its conclusion, Dorji takes center stage with a hypnotic, heavily processed guitar figure that sounds very much like a African thumb piano (also known as a kalimba or mbira). To that he adds additional effects that suggest the hull of a great ocean liner grinding helplessly against a massive iceberg. After a squealing high note and a few taps of percussion from Damon, the piece concludes. Unlike the production approach used for Live at the Spot +1, the recording is edited in such a way that no audience reaction is documented.

The second piece performed for the set gives the release its title. “Leave No Trace” is remarkably different in character from the first cut; Dorji’s subtle guitar work is redolent of a hall of mirrors, with all of the mystery and intrigue that image might imply. Damon’s percussion is multi-layered; it feels like the work of several drummers rather than just one. Some of his percussion runs venture close to conventional notions of “drum solos” in a rock context, but Dorji’s squalling guitar skronk guarantees that nothing this duo does will ever be mistaken for rock ’n’ roll.

Dorji and Damon use the contrasts between loud and quiet, harsh and soft, abrasive and soothing. But because their work is untethered from concepts such as meter, the fast/slow dynamic employed by progressive rock artists is not part of the duo’s exploration. “Leave No Trace” is the more disturbing and musically unsettling piece of the two tracks on Leave No Trace: Live in St. Louis, but neither is what most would call “fun.” Tashi Dorji and Tyler Damon make music that ignores ides of genre and musical boundaries; it’s challenging in the extreme, but those open to the challenge also allow the possibility of gaining rewards form the experience of active, engaged listening.