How important is it to you to not do the same thing over and over? Is that driven by your own creative restlessness, or a kind of obligation to your fans?

It’s weird; it’s hard to get a balance. I mean, I love to do new things; I even sang in Spanish and did bossa nova on one of my albums. So, yeah, part of it does fulfill me. 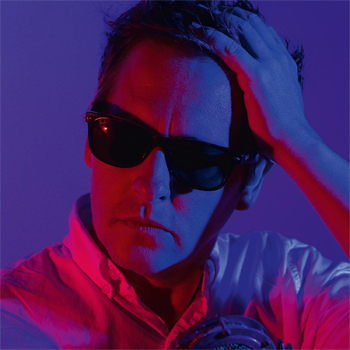 But at the same time, there can be pressure to please people as well. Because a record company puts this stuff out, invests money in it. I’m sure if I did a hip-hop record, they might go, “What?!” So, not that I … I might do it. I won’t say I’ll never do it. But you want to do something new, something that satisfies you and something you hope your fans will enjoy. Sometimes they don’t enjoy it. And sometimes you make new fans.

I think my stamp on music is just my songwriting. It’s my storytelling, I guess, and my melodic and harmonic thumbprint on it more than it being a drum machine or an acoustic guitar or whatever. At the end of the day, I just try to make it feel good, whatever it is.

The title track on Love in the Modern Age sounds like something that would be right at home on the soundtrack of Stranger Things. Is creating music for film or television something that interests you?

I did a soundtrack a few years ago [La Gran Familia Española, released in 2013]. That was great. It took a long time, but I really enjoyed writing to film. If I could get more work doing that, I would. It’s a nice break from doing a record and saying, “Oh, I’m expressing myself,” or, “Here’s what I was thinking for this record.” Because the storytelling is already there; you’re just using music to adapt to their script.

It was somewhat evident how your time in therapy colored the character of your 2015 album, The Embers of Time. Now that it’s a few years later, what do you see as some of the enduring effects of that therapy?

It kind of goes back to what I was saying about appreciating where you are and not pushing too hard. I think that in the role of a modern person – whether it be a man or a woman – there are a lot of expectations. I’m a father, a creator, a husband, and provider; all these things can definitely cause a lot of stress, especially if you think about them a lot. So I just kind of stop and remember, “Okay. Everything’s fine.”

Something I learned from therapy is to stop a little bit and appreciate what you have and what’s going on. Because I definitely have a personality where I can kind of move through things: Make a record, then, “Okay. What’s next? I’ve got a tour. Album cycle. What’s next?” Keep moving. So I try to keep that in mind.

Do you overwrite for an album and then pare it down to a number of songs that belong on the album, or do you “write up” to have enough material for a record?

I definitely write more [songs] than I need, and then I play DJ for a while. I take a lot of time in sequencing and making sure the flow is really good. You want it to be wallpaper in some sense, but at the same time, you want people to spend time with it, listen to the lyrics and get into it.

So I’ve got albums worth of songs that I haven’t used! I try to find the ones that can kind of fit together.

When you were young – and even in your adult life – you moved around a lot. Presumably you absorbed some of the influences from your surroundings and then channeled them through your own sensibility into your music. Is that process a conscious thing for you?

It’s definitely unconscious. I can see it more later, after it’s done or after it’s been out on a record for a few years. The new songs that I’ve been performing are kind of taking on new meanings. I suppose that can vary from week to week, month to month or year to year. Whatever’s happening in your life or whatever you’re seeing around you, you can get something new out of it.

Which is good, because playing live can be very repetitive. Especially when you’re promoting a record, you’re doing kind of the same set, some favorites that people like and then some stuff that you just feel like playing. But to get into that zone and have lyrics that kind of related to something that’s going on now or that take you back to another time, that’s always the best. That’s fun.

On this tour, are you recasting your catalog material in the ’80s style?

A bit. I’ve found that these new songs fit well with some of my earlier songs from Dressed Up Like Nebraska [1998] and Home [2000], my first couple of records. And I don’t get to play those songs too much. So I’m going back into some of those. And we always do one or two off of Nashville and 1972, which seem to be my most popular records.

Making a set list is always difficult. I have everything from uber-fans who know everything to some people who just know a few songs. So, you want them all to feel like they had a good time and enjoy the concert. Thinking about that when trying to make a set list can be challenging.

Your current tour runs into July with dates in England. Are you already thinking about the next album?

A little bit. I think the live show’s kind of informing that; it’s a little bit more rock and roll. I’m having a good time playing electric guitar now, so that might inform the next record.