Henry Threadgill has a well-deserved reputation as a jazz innovator. Working with unusual ensembles that included instrumental combinations not often thought of in a jazz context, Threadgill has made a series of boundary-pushing albums beginning in the 1970s and continuing to present-day. For his efforts, the composer/saxophonist/flautist has earned many accolades and awards, including the 2016 Pulitzer Prize for Music. His latest project is a live collaboration with pianist Vijay Iyer and drummer Dafnis Prieto. And while the trio is considerably less experimental than some of Threadgill’s previous endeavors, he doesn’t view it as a departure. 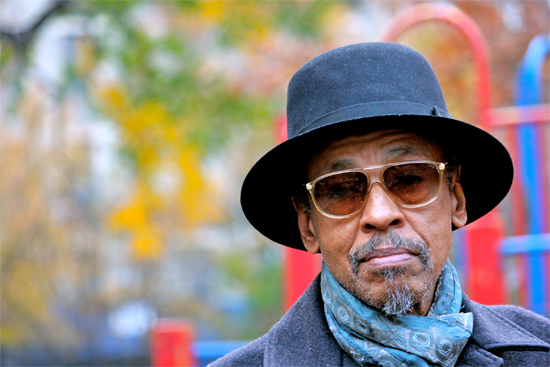 Threadgill says that the concept of accessibility isn’t something he considers when composing music. “You could look at something that was considered revolutionary in the past, like Stravinsky’s ‘Petrushka,’” he says. “It was considered dissonant and outrageous at one time, but no longer; it’s lost that now.” As such, he doesn’t think that a work’s perceived accessibility is important. “Art is something that you don’t necessarily ‘get’ the first time,” he says. “You go back and revisit it a number of times; that’s the wonderful thing about it.” And true art reveals new qualities on each exposure.

While Threadgill doesn’t subscribe to the idea that the audience is an active participant in a performance, he believes that having an audience is essential. “I’m playing music for people,” he emphasizes. “If there’s no audience, then it’s just a rehearsal.” And he notes that by its nature, studio recording – which generally doesn’t have an audience present – is more challenging. He says that the presence of listeners creates “this other energy that moves and adds to the process.” Without an audience, he says, the performance can be “flat.”

Spontaneity plays a role as well. Sometimes Threadgill creates detailed arrangements for his works, sketching out the specifics of what each musician should do. But he says that during a performance, “I can hear something that I want one of the people to do, to change things right there on the spot.” He says that his emphasis is on making music. “What you write is one thing,” he explains. “That is not necessarily music. It looks like music.” But it’s not really music until it’s played.

The recipient of numerous grants and commissions, Threadgill understands the challenges facing composers. While he has never considered crowd funding to finance his work, he understands why many musicians are making use of platforms like Kickstarter. “It’s a different time now,” he says, “so young artists have to turn to other methods” of financing. And he worries that the high cost of living in major metropolitan areas will force an exodus of creative people moving to smaller cities, or even leaving the U.S. altogether.

For his part, the New York City-based composer remains committed to living and working in America. At age 46, fellow New Yorker Vijay Iyer is nearly three decades Threadgill’s junior, but he too has established himself among the foremost jazz musicians working today. A 2013 MacArthur Fellow (the so-called “genius grant”), Iyer is well-known as both a daring improviser and effective collaborator. Iyer first covered a knotty 1993 Threadgill composition, “Little Pocket Size Demons,” on his 2011 album Accelerando. And he had long expressed a desire to work with Threadgill.

Though his musical foundation is quite different, 43 year old Cuban percussionist Dafnis Prieto has a background remarkably similar to Iyer’s. He, too, won a MacArthur Fellowship (in 2011), and has been nominated twice for Grammy Awards. When Prieto first visited New York, he made it clear that he wanted to work with Threadgill as well.

Despite each of the three musicians’ grounding in improvisational music, Threadgill says that the trio carefully prepares for its run of live dates. “We’ve been doing this for a little while now,” he says, “but we’ve got to rehearse. We’d never put a tour together without rehearsing.” But he cautions against having preconceived notions of what his trio might do onstage.

“I hope people don’t have any expectations,” Threadgill says. “If you have expectations, then you can be disappointed. And why start out with the possibility of disappointment? Take that off right away, and just leave the door open to be thrilled.”