Chuck Brodsky’s One of Us 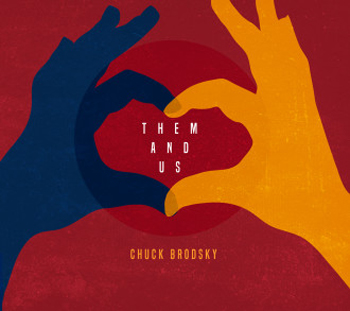 With the exception of a trio of records he released in the final years of the 20th century, Chuck Brodsky has long been the model of the independent, do-it-yourself artist. It’s just that now, the music business as a whole is catching up with his approach. “The whole business model has changed,” says the singer-songwriter. “If you hustle, you can have a career independent of record labels and managers. But it requires spending a ton of time on the computer.” And that, he points out, is time an artist might otherwise spend actually making music.

But Brodsky has found effective means of making music and bringing it to his growing base of fans. His recent Kickstarter campaign succeeded in funding Them and Us. It’s his third crowd-funded album, and he’s a fan of the crowd funding model. “It allows artists to own the rights to their recordings, which is huge. And it empowers fans by letting them play a big part in helping make a record,” Brodsky says. Though he does his share of performances in music halls, he finds that house concerts further strengthen that bond between performer and audience.

Chuck Brodsky is skilled at what former U.S. congressman Al Franken calls “kidding on the square”: approaching serious subjects and leavening them with wry humor. And Brodsky employs the method with subtlety in songs like the new album track, “Call it Chicken.”

“Preaching is easy,” Brodsky says. But he points out that those messages sometimes don’t reach beyond “the choir.” So he makes a point of not hitting his listeners over the head with messages. “Things that are genuinely and universally funny don’t need a lot of commentary from the writer,” he says. “Humor disarms people to where they just might be able to see your point.” 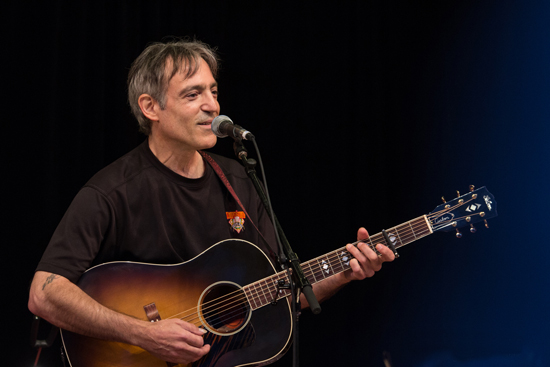 Though he was born in Philadelphia, Brodsky has called Asheville home for more than two decades. And he says that living in Western North Carolina has informed his songwriting. “I’ve always approached writing with one foot rooted in the traditional, and the other foot going wherever it goes,” he says. “I write songs about what I see, or things that move me, so I started writing about what I was seeing here, and about what moved me here.” And there’s a universality to his world view that makes it appealing to a wide audience. “Experience has shown me that we all have a lot more in common than we’re allowed to believe,” he says.

When making Them and Us, Brodsky didn’t set out to craft an album built around a specific theme. But there remains a unifying character to the album’s nine songs, one tidily summed up by its title. “There are countless ways to divide people into ‘Them’ and ‘Us,’” he says. “We have all sorts of ways to label somebody as being one of ‘Them,’ and we fail to see that there is really only ‘Us.’”