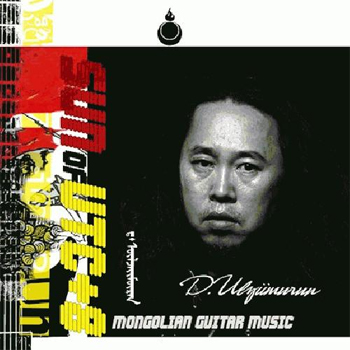 Music truly is the universal language. A good example of this axiom is Sun of UTC+8, the new album from Mongolian-born guitarist Wulijimuren. There’s not much explicitly Eastern in the guitarist’s work; instead he crafts a highly melodic electric guitar sound that owes some stylistic debt to Mark Knopfler, Ry Cooder, Eric Johnson, David Gilmour and Joe Satriani. And while that list of axemen might suggest an approach that’s all over the musical map, Wulijimuren has a clean, straightforward and distinctive sound.

Tracks like “Train to the Est” showcase a kind of dialogue between two very texturally different guitars, and the song’s arrangement is sprinkled with bits of piano and sound effects. On “Twelve Years” the guitars again employs two guitars, each with its own distinctive tone and style; the net effect doesn’t sound at all like an expert shredder overdubbing himself; it sounds instead like two superb guitarists – each with one’s own signature style – blending their talents seamlessly.

The title track – a reference to the time zone of the guitarist’s native Mongolia – employs pastoral sound effects that suggest his homeland, but most everything else about the track suggests modern instrumental rock. Here Wulijimuren utilizes the proven dual-lead technique, an approach used to good effect by classic rockers like Boston and Thin Lizzy (among countless others). He uses the technique judiciously, and that’s a hallmark of the album as a whole: Wulijimuren never overplays, rarely overstuffs his compositions. There’s a snaky and unexpected groove to the tune, with sound effects flittering in and out of the mix. “Ticket to Hometown” is one of the album’s few compositions that exudes an Eastern flavor, and even then it’s placed comfortably in a Western rock context.

Fans of melodic, muscular instrumental rock guitar are encouraged to seek out this enjoyable collection of original material.