Laughing Hearts is the third album from Amandla, the personal music project of Asheville-based Claude Coleman, Jr. Though the album was quietly released in digital form a year ago, Coleman is now overseeing a vinyl release of Laughing Hearts, and scheduling select live dates to celebrate its release.

Even though he’s best known as the longtime drummer for eclectic rock band Ween – he’s been with the band since 1994 – Coleman is a songwriter and multi-instrumentalist who plays all of the instruments on his albums. For Amandla’s live gigs, sings and plays guitar. His live band includes Ram Mandelkorn on rhythm guitar and keyboardist Simon Thomas George (both from the Digs) and drummer Jaze Uries from the Broadcast. 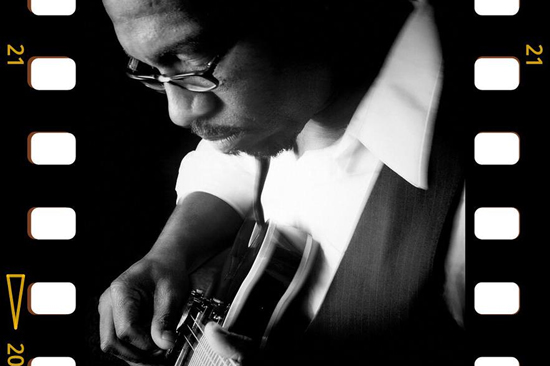 Coleman’s melodic sense is on full display on all 11 of Laughing Hearts‘ songs. And like Amandla’s previous releases, 2001’s Falling Alone and The Full Catastrophe from 2006, it’s a kind of document of where Coleman is emotionally.

Amandla’s 2001 debut album has an informal, spontaneous character, one that’s a product of the way in which it was made. “It was recorded to tape,” Coleman says. “It’s as organic as it could have been.” He says that he spent very little time “nitpicking, tweaking, editing, and so forth.” His busy schedule meant that Coleman wouldn’t begin work on a follow-up for some time.

And when he did get busy on sessions for the second Amandla album, outside circumstances intruded. “I had a near-fatal car accident in the middle of making that record,” Coleman says. “I was hospitalized about 40 days and in rehab about a year. I had to reacquire all of the technical abilities and skills I needed to play music again.” He says that the long, drawn out process of regaining his skills and completing The Full Catastrophe took “the better of three and a half years.”

More than a decade would pass before Coleman returned with a third Amandla album. The intervening years were filled with Ween touring and recording, but those account for only part of the long span between Amandla releases. “A lot of things happened in my life,” Coleman says. “There were a lot of breakdowns for me; I picked up and left New Jersey – the place where I was born, and my community, and my network – and tried to find and make a life somewhere else.” He describes the making of Laughing Hearts as “an epic adventure in its own right.” 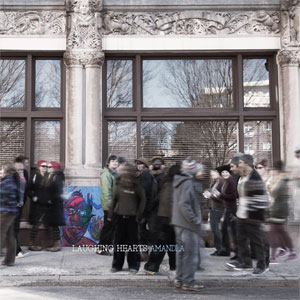 Coleman says that Laughing Hearts is a breakup record, created in the wake of his 14-year marriage ending. “Everything had kind of fallen through the floor,” he says, “and I had no tether to where I was.” He says he found himself with no reason to stay in New Jersey.”When things like that happen, it’s sort of a life or death situation, and that’s kind of how it was for me. So, I had to pack it all up, sell everything I had, and try to make a life anew.”

He landed briefly in Texas, and while there he recorded Laughing Hearts. “Then I came back eastward, stayed in Asheville for a few days and decided to settle here,” Coleman says. “And that was the greatest life decision I’ve ever made for myself. I think this area draws people who are trying to renew, heal, or restart.”

Looking at the three Amandla albums, Coleman characterizes them as “representative of different places and times in my life. Because of the circumstances surrounding those records, each one has an individualism.” Laughing Hearts‘ defining musical quality is that it’s all over the map style-wise.

“That’s purely by happenstance,’ Coleman says. “And that’s one of its strengths.” He notes that in modern society, there’s less narrow interest in particular genres. “No one is really a metal head, or a goth head, or a hip-hop head,” he says. “Everyone is really kind of across the board, with a lot of different styles, cultures and genres.”

He says that while he grew up on a steady diet of KISS and Santana, he was immersed in the music of Ohio Players and Kool & the Gang as well. “And I was into a lot of country and folk, too. This stuff just sort of naturally comes out into writing,” Coleman says. “There’s no plan about it.”

There is, however, a plan as far as future releases. Coleman has no intention of letting another decade pass before the next Amandla album. “I want to be do an Amandla record at least once a year,” he says. “I’m a DIY artist, but I’m putting together a team so that I’ll be able to focus more on the art.”