Hundred-word Reviews for May 2018

There’s so much great new music that it’s difficult to keep up with it all. I’m here to help, but it’s tough for me to keep pace as well. To streamline things a bit, I do these occasional blocks of brief reviews, limiting myself to 100 words for each. Think of it as the music review version of a sandwich without the bread. Or something. This roundup features some names that you might find familiar (Steve Hackett, Phil Manzanera, Shuggie Otis) as well as some lesser-known aritsts whose new music is worthy of your attention. 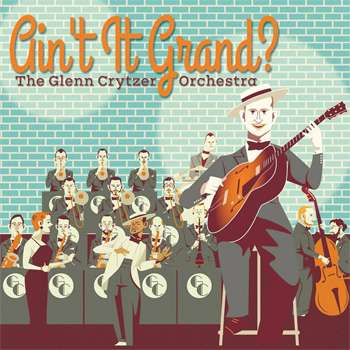 The Glenn Crytzer Orchestra – Ain’t it Grand?
This is 1930s-style big band jazz, but with a difference. This brand-new recording was created in such a way that it sounds out of time: neither modern nor vintage. The live production aesthetic feels a lot like the way it would have sounded in 1938, with the twist that the listener will feel at the center of the sonics. The sound values are based on old transcription discs, not 78s. Hard to explain, but you’ll hear the wonderful difference immediately. Oh, and the music’s really great, too. Crytzer’s original tunes fit seamlessly alongside era classics. Thirty songs on two CDs. 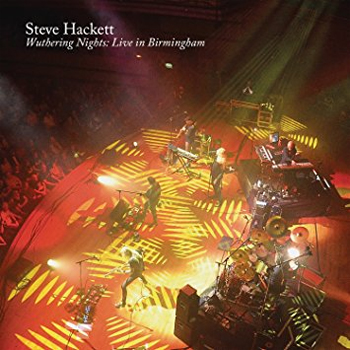 Steve Hackett – Wuthering Nights: Live in Birmingham
The former Genesis guitarist can be said to be something of a late bloomer. Though his work with his old band was peerless, and his solo releases of that era and beyond are all recommended, it’s in the 21st century that Hackett has truly come into his own. This set is a 2CD/1 Blu-ray document of a recent performance featuring gems from Hackett’s solo and Genesis catalogs. Classics like “Firth of Fifth” and “The Musical Box” are here; so too is my favorite solo track, “The Steppes.” A triumph, with flawless playing and vocals. Great for fans and newcomers too. 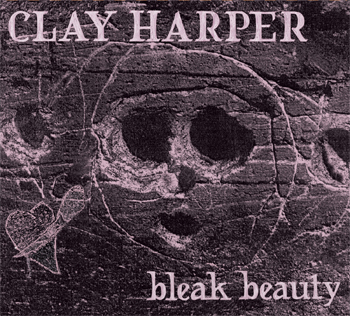 Clay Harper – Bleak Beauty
Like me, you may recognize Harper’s name as the leader/vocalist from The Coolies, one of the Great Lost Bands of the 1980s. The Coolies made a pair of sharp-witted albums as brilliant and rocking as they are side-splittingly funny. Well, forget all that, because Bleak Beauty is a completely different creature. One might think of it as Harper’s Plastic Ono Band:, or his Big Star’s Third: spare arrangements that explore his very real heartbreak. But where Lennon sang of not believing in Beatles, Harper strikes a somewhat more optimistic (if weary) tone as he recites his own litany of beliefs. 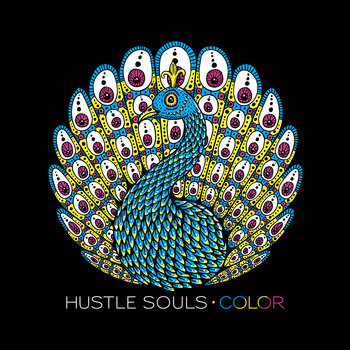 Hustle Souls – Color
Clever band name, eh? Say it out loud and think of famous recording studios. This Asheville-based band doesn’t really traffic in Southern traditions, though: the songs draw as much from reggae as from soul, and their approach – though highly refined – may appeal to the barefoot, noodle-dancing jam band crowd. The musicianship is stellar, with an ensemble focus that avoids showiness. And the songs are strong and varied. Eric “Mixerman” Sarafin’s production style here is the polar opposite of the big studio vibe: instead, it’s close-in and intimate, giving the feel of being in the room with the band. 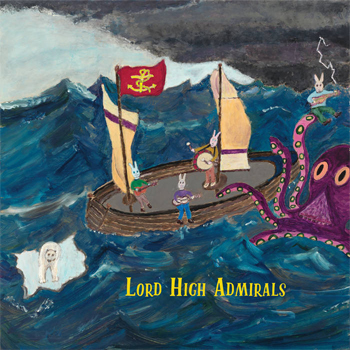 Lord High Admirals – s/t
Speaking as we were of the Coolies (see above), Lord High Admirals features Rob Gal, Clay Harper’s old band mate. And this Atlanta outfit strikes a tone much closer to that wacky 80s band. Gal’s wobbly vocals fit in nicely with a loose, almost ramshackle instrumental approach. The songs are off-kilter, but more sophisticated than funny. But they are funny: With song titles like “The Year That Paul McCartney Was Living in our Shed” and “Horny Teens Are Waiting for Your Call,” what would you expect? The band sounds like it’s having loads of fun; listen and you will, too. 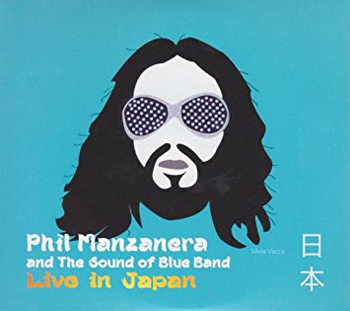 Phil Manzanera and the Sound of Blue – Live in Japan
Guitarist Manzanera came to fame as the axeman for Roxy Music, but he’s highly regarded for his work with 801, Quiet Sun and solo endeavors. He’s also a close and frequent associate of Pink Floyd’s David Gilmour. This live set from 2017 captures a concert that draws from across Manzanera’s career; the guitarist often updates the arrangement of classic, but they remain true to the spirit of the originals. 801’s “TNK” (better known to the rest of the world as the Beatles’ “Tomorrow Never Knows”) is a highlight, but it’s but one of many on this two-disc set. Simply dazzling. 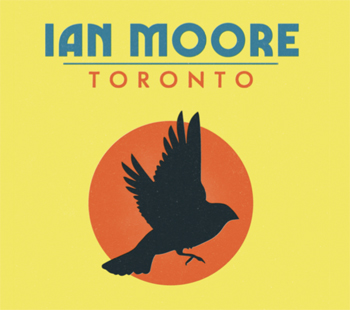 Ian Moore – Toronto
This six-song EP showcases Moore, sturdy songwriting and stripped-down, rocking aesthetic. It’s meat-and-potatoes rock ‘n’ roll, delivered without pretense or artifice. Moor’es approach is a bit like a harder-edged Rockpile, with occasional hints of other styles. There’s a brief baroque interlude in”You Gotta Know” that sounds like pop circa 1967, but the rest of the tune is more in the vein of Faces or ’70s Rolling Stones. Moore sometimes swings for the fences, writing anthemic tunes like “Lords of the Levee,” but his ambition doesn’t get in the way of crafting a solid, memorable tune. Quality wins over quantity here. 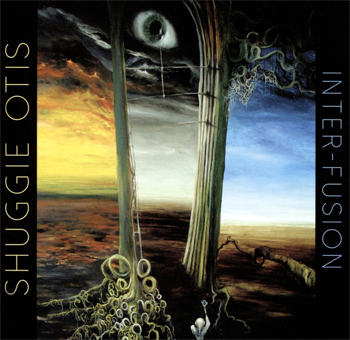 Shuggie Otis – Inter-Fusion
When he was young, greatness was predicted for guitarist Shuggie Otis. A string of brilliant albums portended a long, stellar career. But life got in the way, and Otis never made another full album … until now. Inter-Fusion is perhaps not the roaring-back-to-form comeback that fans might have hoped for, but it’s a superb collection of new material. Only one of the album’s eight tracks is an Otis original (one’s a co-write), and the largely instrumental nature of the set is surprising. But Otis’ playing is soulful and fiery, and some Shuggie Otis is far better than none at all. 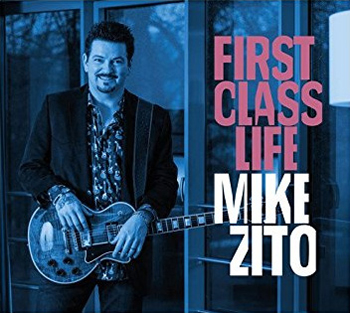 Mike Zito – First Class Life
Blues rock is one hybrid that – at least from a critical perspective – rarely satisfies as blues or rock. Blues purists find it compromised, and rock fans get restless with the rigidity of the blues form. But a few artists manage to rise above the hybrid genre’s perceived limitations. Mike Zito is such an artist. His stinging slide guitar enlivens the by-the-numbers structure of “Mississippi Nights,” the opening track on First Class Life. Zito is an inventive, top-notch guitarist, and his hoary vocals are just right for the blues (err…blues rock). He adds r&b texture to his arrangements, too. 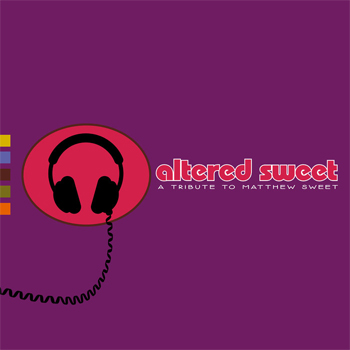 Various Artists – Altered Sweet: A Tribute to Matthew Sweet
Collections of this sort tend to feature two approaches sitting (uncomfortably) beside one another. There are the faithful re-creations of classics, and the radical reinventions. When the former works (as with Lisa Mychols’ reading of “Looking at the Sun”), it’s a pleasure. And when an artist’s own personality shines through on a straight cover (like Gretchen’s Wheel’s soaring “Walk Out”), it’s spine-tingling. But when an artist recasts a song in a different style (like Simple Friend’s “Sick of Myself”), the listener’s reaction is harder to predict. Inevitably, there are hits and misses here, but on the whole it’s enthusiastically recommended.

More to come soon, as I have a growing stack of books, archival and reissue CDs, and vinyl records on my review shelf.