Genre-blurring band Ozomatli has long been recognized for its socially and politically conscious music. Combining rock, Latin music and hip-hop with positive messages, the Los Angeles-based collective has earned both commercial success and critical plaudits. And an important part of the group’s work continues to be its outreach to young listeners. In many cities on Ozomatli’s current tour, the group has scheduled additional matinee Ozokidz concerts aimed squarely at its youngest fans.

A decade ago, Ozomatli was selected to take part in the U.S. State Department’s cultural ambassador program. The request came as a surprise to the band members; they didn’t think their brand of progressive politics lined up well with the goals of the George W. Bush administration. “It was kind of strange,” says Ulises Bella, Ozomatli’s saxophonist and clarinetist. “We were like, ‘Are you sure you really want us?’” Bella says that the request “demonstrated that, in any government, there are going to be tons of different opinions; not everybody is gonna toe the line.” 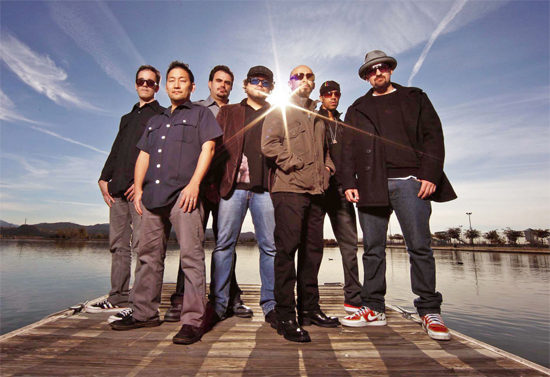 The band enjoyed the experience. “The people who chose us to do this work really wanted to represent some beautiful things that came out of this country,” Bella says. “We got to demonstrate that, and we also created our own story, connecting with people through the language of music.”

One characteristic of the project with the State Department influenced the band’s future direction. “When we were doing cultural ambassador work, we were playing for kids all the time,” Bella recalls. “We’d go to schools, orphanages and homes. And we noticed that some of our material really resonated with kids.”

Back in the U.S., Ozomatli was asked to open several dates on the kid-focused Yo Gabba Gabba tour. Bella says that the band began to realize that its fan base was getting older, and many fans now had children. “We thought, ‘Let’s create an album that will not only be cool for kids — with subject matter that’s appropriate for them — but at the same time, we’ll make the music quality enough where the parents don’t want to stick things in their ears after a hundred listens,’” he says.

The idea bore fruit, and in 2012, the band released Ozokidz, a collection of songs about germs, skateboarding, spelling, the environment and the benefits of exercise. As hoped, the lyrics connected with young listeners, and the music showcased Ozomatli’s winning multicultural/multigenre sound.

“It was really fun making that album,” Bella says. “Having had lots of songs that are really heavy on sociopolitical things, now we were writing songs about washing our hands and how important trees are.” He says that the move “lightened things up stylistically, too. We were doing things [musically] on the Ozokidz album that we probably wouldn’t have done on a regular Ozo record.”

On the heels of Ozokidz‘s success, the band began scheduling concerts aimed specifically at children. But Ozomatli experienced a few minor missteps while finding its way with the younger audience. “I remember once, at an Ozokidz show, we didn’t play ‘Moose on the Loose,’” Bella says. “And this kid started crying. We thought, ‘Is this important?’”

The band quickly changed its set list. “We expanded our stage presentation, costumes and things like that,” Bella says.

The saxophonist explains that Ozokidz shows are high-energy. “A regular Ozomatli show is like 90 minutes long, but an Ozokidz show is 35-50 minutes, tops,” he says. “We’re trying to give the kids a bang for the buck.”

Through its outreach to young listeners, Ozomatli has expanded, not changed, its focus. And the social themes that characterize much of the band’s music remain at the collective heart of the group. At first glance, the band’s all-covers, Spanish-language 2017 album Non-stop: Mexico to Jamaica might seem a retreat from the gritty street perspective of earlier Ozomatli songs like “Vocal Artillery” from 2001’s Embrace the Chaos. Not so, says Bella.

“We weren’t thinking about it from a political or social standpoint,” he says. “But there’s a song on there, ‘De Paisano a Paisano,’ that narrates and documents the struggles of the immigrant.”

Bella says that the album’s existence is, itself, a kind of political statement: “Here’s this band from LA, taking music that’s classic from Mexico, and giving it a Jamaican spin. It demonstrates the beauty of multiculturalism.” Describing the album as “very multi-culti,” Bella sees Non-stop as Ozomatli’s response to the recent rise of xenophobia. “There’s this whole ‘build the wall’ vibe. And the last thing we want to do is build walls, you know?”

With its twin focal points of socially conscious music for adults (“the politics on next album will be more in-your-face,” Bella promises) and fun, positive music for its younger fans, Ozomatli prefers to puts its emphasis on building bridges.