A Chat with Fayssoux Starling 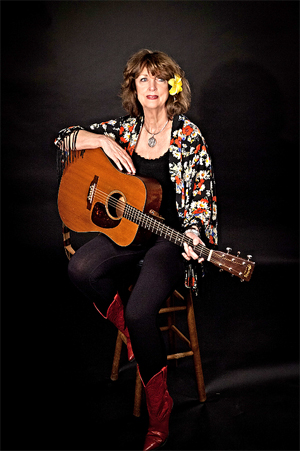 These days, Fayssoux Starling can be seen and heard on stages throughout South Carolina’s upstate and in the Hendersonville-Tryon area. But in the course of her impressive career, she’s shared stages and recording studios with some of the biggest names in country, bluegrass and Americana.

In the early 1970s, Fayssoux (that’s pronounced fa-SUE) and her then-husband lived in the Washington D.C. area. Husband John was working on his medical residency at Walter Reed Army Hospital, and was also singer-guitarist in the earliest lineup of the celebrated bluegrass band Seldom Scene. All five members of that group had regular day jobs, so sometimes it would be difficult for all of them to make a scheduled practice.

On many occasions, Fayssoux would stand in for a missing vocalist. “As another member of the band used to say, when it came time to go onstage, I would be fired,” she says with a laugh. “I was in the band at practice, but fired onstage.”

Fayssoux had developed her vocal skills long before her time as a stand-in harmony singer. “I always had a good ear for music,” she says. “When I would hear songs on the radio, I would never sing the lead; I would sing the harmony. Because the lead was there, and the harmony was not. I would sing what was missing. And growing up, I’d always done that.”

One night in the early ’70s, John went to a Georgetown restaurant and saw Emmylou Harris performing a solo set. “He ended up bringing her home,” Fayssoux says. “And as soon as they walked up our steps, we started singing! We spent just about all night singing old Louvin Brothers songs, and old bluegrass songs.” Harris was deeply impressed with Fayssoux’s vocal prowess. “She wondered why I didn’t sing with the Seldom Scene!” Fayssoux says.

“But,” she continues, “Emmylou decided to have me come and record with her.” Fayssoux would fly to California many times over the next several years; her harmony vocals are featured on no less than seven of Emmylou Harris’ albums. She has also lent her talents to records by Billy Joe Shaver and Seldom Scene dobro player Mike Auldredge, and would often join Harris onstage when a concert tour brought her to the D.C. area. “Whenever Emmylou would be playing nearby, I’d come and just sing something with her,” Fayssoux recalls, “and then go back home.”

After raising a daughter and remarrying, Fayssoux relocated to Spartanburg, S.C. in 1993. In 1997, author – and well-known chronicler of country music – Peter Cooper was working on Hub City Music Makers, a book documenting the musicians in the Spartanburg region. “Peter lived here, and he had noticed how many great musicians were around,” Fayssoux recalls. “One day he said to me, ‘I did not realize you lived here! I want to put you in my book.’”

Fayssoux wondered why it mattered; she hadn’t yet released any albums of her own. “I thought he was little over the top,” she says, laughing at the memory. “I thought he was deluded!” But he wasn’t; in fact, Cooper literally stopped the presses to revise Hub City Music Makers, adding a section on Fayssoux and including a photo of her and Emmylou Harris singing together.

“I was so happy that Peter did that,” Fayssoux says. “After that, he had me sing with him at book signings and autograph parties.” Fayssoux recalls that sharing a microphone with the 6’6” Cooper meant that she had to make some adjustments. “ I wore what I call my Dolly Parton shoes. I had these great big platform shoes I’d wear so we could sing on the same microphone. But he still had to lean over!”

That series of performances lit the fuse for Fayssoux, and she began playing more regularly in the region. In 2008 she traveled to Nashville to make her first solo album, Early. In 2014, Fayssoux followed that up with another record, I Can’t Wait. These days, she’s an in-demand performer, and maintains not one but two musical personas. She sings and plays guitar in a duo with longtime accompanist Brandon Turner; “he’s a fabulous musician who can play almost anything,” Fayssoux says.

In her career, Fayssoux has gone from stand-in singer to headlining act. “When I was first singing with Emmylou,” she says, “I was always very anxious. But things evolve!”