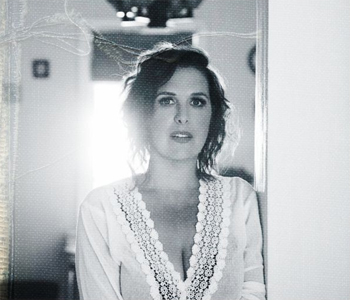 Sarah Siskind co-leads Sunliner, a roots-rock trio with her husband Travis Book of the Infamous Stringdusters. Siskind established herself as an important songwriter in her own right 15 years ago with the release of her debut solo album, Covered. High-profile names in the music world took notice, and many of them began to record and perform their own versions of Siskind’s songs.

Your songs have been covered by Randy Travis, Bon Iver, Ari Hest, Wynonna Judd and many others. What was the first song of yours to be recorded by another artist?

“Goodbye is All We Have” was recorded by Alison Krauss and Union Station in 2009. That set the course for me to be able to write songs for a living. And it all unfolded in a magical way: I met a friend who was also friends with Alison. She said, “Alison really needs to hear your songs; can you just put four or five of them on a CD for me?” It seemed like a shot in the dark, but then I got a call one day from Alison that she was recording it.

Was that CD a collection of finished studio recordings?

No. These were just work tapes. I had recorded most of them in a shed where I had a makeshift writing room set up. It was a very, very simple recording: one take, and no overdubs.

Do you write specifically for other people?

I don’t usually do it that way. I just write what’s on my mind, and the songs tell me what they are. For the most part, I write from my perspective, or about something that is part of my story. And then it finds its way out into the world to another artist who can take it bigger places than I can.

You’ve also collaborated with other songwriters. How is that different from writing on your own?

When I write by myself, I don’t have to communicate with anyone about what I need to do or what’s in my head. Whereas when you co-write, you’re really on a date. There’s a lot of verbal communication involved that. It just changes the experience; it’s not worse or better. It’s just a different type of process.

Nashville has featured more than 20 of your songs. As a songwriter, how important is song placement on TV and in film?

There’s something magical about putting music to a story that’s being acted out, to see how the song you wrote gets woven into a plot and a scene. My songs tend to be not quite as mainstream as what most film and TV shows are looking for, but it just so happened that Nashville was looking for some of that individuality. I pinch myself everyday that the show has used so many songs; it’s a huge blessing. I’m really happy for their success.