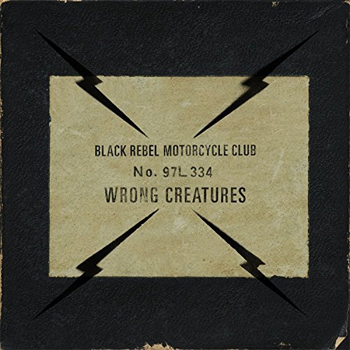 Your dad was very close to the band. Can you tell me about some of the lasting ways in which his influence continues to be felt?

He was less hands-on. He usually just came in when we were about to kill each other; he would remind us in a good way what matters, what doesn’t matter. Simple things. Like a coach or a referee, he’d help keep us psychologically sound. Getting a little bit of assurance now and then – and a little bit of criticism – helps when it doesn’t come from the band members themselves.

The hardest thing with losing him was that I had to start being Pete’s cheerleader, and Pete needed to be my cheerleader. Because we didn’t have an outside person saying anything good – or bad – about what we were doing.

Even from the beginning, one of the things that I remember him saying offhand was something about dressing in all black: “A band should look like their music: timeless.” And, “stay out of the way of your own music.” There was something about that that both me and Pete thought, “Oh yeah, that makes sense.” To be a blank slate so that the music can fill in the gap for people.

The irony being that once we came out in all black, in uniform leather jackets, so many other bands did it that it almost became distracting. So it all just backfired in the end anyway. The blank slate became an even bigger page for people to write about the image of the band [instead of] the music.

I don’t know if it was the fashion, or just the ridiculous length and hubristic nature of the name of the band itself, or a combination of the two. But people liked talking about every goddamn thing other than the music.

Speaking of the music, your first album came out almost 17 years ago. You were in your early 20’s then. Do you still feel a connection to the words that you wrote nearly half a lifetime ago?

It changes over time. There are moments when I think, “Wow, I was a lot deeper than I thought I was,” or a lot more connected to something. It was like some sort of electric but conscious vibration that was like closing your eyes, driving blind and somehow arriving at your destination.

And then there are other songs that are the exact opposite: “What the fuck were you thinking?” Like driving blind straight into the back of a dump truck. But it’s all part of it. I don’t regret any of it. Each song taught me something.

I tend to write in the abstract, painting pictures in the mind. And people can put themselves in the picture. I pull from whatever well is giving me the most at the time. Pete’s a little different; we’re very opposite in our process and personalities. Pete’s more grounded, and a little more of a storyteller mixed with poetic [sense].

The band’s been together 20 years now. What motivates you to keep doing it?

I hate to use the marriage analogy too much, but there are so many similarities. You find out so much more about yourself though the one you’re with, or the people you’re with. Through sickness and health, through good and bad, when you have no other choice, when the options are taken off the table, your experiences become very different.

When you get to the point of, “I want to kill you right now,” or “I never want to see your face again,” you know, there are these exigent emotions. And then there’s the exact opposite when you’re able to work through it; there’s a weight to that that keeps you grounded. And besides those relationships that last through the thick and thin, there are not very many other things in the world that can do that.

And what’s even better about a band than a marriage is that you wind up with a bunch of fucking kickass rocking songs versus a bunch of ungrateful little bastards everywhere, throwing their toys around and being obnoxious. It’s a much better by-product, in my opinion, than having to wipe asses for years. Not that you don’t pretty much have to do that in a rock band.