With a distinctive sound that draws from shoegaze and garage rock, Black Rebel Motorcycle Club has spent 20 years building a sizable fan base. The band’s eighth album, Wrong Creatures, was released in January and charted in at least eight countries worldwide. In February, the group – bassist Robert Been, guitarist Peter Hayes, and drummer Leah Shapiro – began a worldwide tour in support of the new album; the festival-heavy schedule includes a headlining spot at the Shaky Knees Festival.

Ahead of the tour, Robert Been took a few moments to reflect on the band’s history, the lengthy gestation of Wrong Creatures, the legacy of his late father (The Call’s Michael Been), and the advantages that being in a rock band has over marriage and/or parenting. 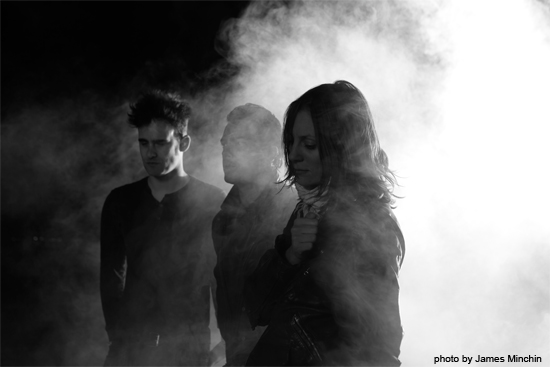 Not counting 2015’s Live in Paris, there was a nearly five year gap between the release of Specter at the Feast and Wrong Creatures. Leah Shapiro had some serious medical stuff going on; does that account for all the time in between?

As easy as it would be to blame her for everything, I must admit she was not the only one at fault for that amount of time between albums. We were going through a lot of hard life stuff. I had some personal things. Every album, something veers its head, but this one kind of kept knocking us down; brain surgery was the least of the worries, ironically. It’s like every other album: it almost kills us, then somehow we still never learn; everyone blames everyone else. It’s a rock band, and we fall into pretty much every cliché that comes about.

But at the same time, all of us know what we have, and we know what we’ve earned with the fans of the music. They don’t come and go. And that means they will show up for the show, and they will buy whatever nonsense we put out. So there’s a big responsibility to avoid nonsense. And whether that takes two months, two years, five years or ten years, we’d rather let it find its way, stay off the clock, and stay out of your ass and all the places that one gets lost. And with any luck there is something of use and something needed at the end of the day.

There are some songs on the album that were done in four weeks, and other ones that took four years. I don’t know if one is better than the other just because one took longer; music doesn’t really abide by time.

All but two of the tracks on Wrong Creatures were produced by the band with Nick Launay. How did his involvement color the ultimate character of the album?

Is that what [the liner notes] say?

Oh, I haven’t read it. It was all a blur. Memory…I’m sure everyone’s got a different one.

We’ve known Nick forever, and respected his work for a long time. I like his personality a lot because he’s a very sweet person and he has a good sensibility. So if I played something, I’d probably listen to his opinion over someone else’s.

We did a lot of writing – a lot of the work – before he was officially [involved], before he heard anything, before he showed up. It was right around when we were deciding where to record it that we thought it would be wise to have someone help us: a sounding board to bounce stuff off, tell us which songs drag on, tell us which ones could use a lift here, maybe decide on cutting one or adding one.

We were a little defensive at first, with this new person that’s coming into a pretty intimate family. And then later on I started noticing more of his involvement, mostly when we got to tracking drums. He was helpful picking out different sections from the performances that worked, fixing tapes to kind of build something. That lifted the songs in a good way.

And then by the time of mixing, we were all kind of exhausted, debating mixing it ourselves or letting him do it and “be Switzerland,” so that then we would come in and and get a little say over it. Fighting about it once a week; it was kind of that experience. That’s how it went down.

What initially drew you to the bass guitar?

Laziness, sheer laziness. Because four strings seemed so much simpler than six. If it could have been three strings, I would have done that. I didn’t know you could take one off; I would have started there.

I didn’t want to work. I didn’t want to have to do something that was going to feel like work. Bass was the one thing that was fun and didn’t take any time. I could be a part of the music without trying. It was five years later that I finally picked up a guitar and reluctantly learned those last two strings.