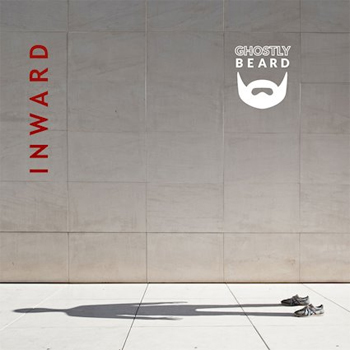 Making the decision to maintain anonymity is a risky proposition for an artist. While doing so can create buzz, there’s the very real possibility of accusations of hype, potentially followed by a backlash. As well, keeping one’s true identity secret can limit one’s ability to reach a wider market.

Of course when it’s an indie artist who’s remaining anonymous, these factors are less of a consideration: for the most part, nobody knows who you are to begin with. So it is with Ghostly Beard, a Montreal-based artist. Inward seems to be the third full-length from this artist, and a look at the release’s song titles can leave the reader a bit perplexed: some of those songs have familiar titles. That’s a red herring; all of the material on Inward is original.

Ghostly Beard positions himself as a progressive artist, but a liten to the songso n Inward doesn’t really support that notion. Which isn’t to say the tunes aren’t good; indeed they are. GB’s vocals and melodies have a melancholy air – one that lines up effectively with the lyrics – and the playing, arranging and production values are all top-notch, in a very classic rock sort of way.

Ghostly Beard favors middling tempos, minor keys and a spare, intimate production aesthetic. Taken together those qualities make Inward the sort of album with which one can spend quiet quality time. The songs float by one after the other, with occasion melodic element like guitar solos flitting in and out of the mix. Even when a song has a title like “Autumn Blues,” the proceedings never rock very hard. but the artist’s effective use of multi-tracked guitars hearkens back to the 1970s when bands like Wings and Thin Lizzy (and, of course, countless others) used the approach quite effectively.

The farther one ventures into Inward, the more rewarding a listen the album becomes. Instead of front-loading the album with its best songs, Ghostly Beard allows Inward t reveal the depth of its quality only to those who stick around. While there’s a kind of wisdom in that approach, it’s one that might wave off some potential new fans. Ultimately it’s a risky strategy on a par with – you guessed it – keeping one’s identity a secret.