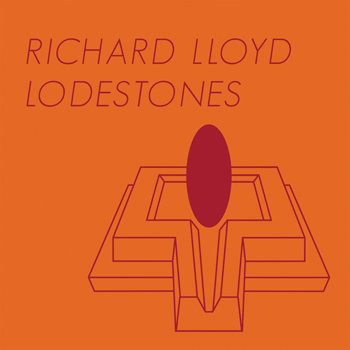 Richard Lloyd is known to aficionados of cutting-edge 1970s music as one of two guitarists in Television, a band that combined the immediacy of punk with the virtuosity and musical exploration of bands like the Doors. Younger (well, slightly younger) music fans might recognize him as the guitarist responsible for giving a barbed-wire sharp edge to Matthew Sweet’s music circa Girlfriend and Altered Beast.

While Television remains as a touring act (they haven’t released new music in a month of Sundays, by the way), Lloyd is no longer part of that group. Instead, he’s chosen to pursue a solo career. He’s also written a highly idiosyncratic (but quite readable) memoir, Everything is Combustible.

A quick look at Wikipedia lists his discography: seven albums. But that’s not accurate. In 2010 he released Lodestones, but only as a digital download. For Record Store Day 2018, Org Music has pressed up limited quantities of the album on orange vinyl.

Those familiar with Lloyd’s work with Television and/or Sweet might not quite know what to expect from Lloyd. The ten songs on Lodestones are pretty much straight-ahead rock, of the sort one might find on a Faces or early 1970s Rolling Stones record. His songwriting is informed a bit by the Brill Building school of the early 1960s, but that shouldn’t come as a surprise; those girl-group sounds made quite an impression on Lloyd’s fellow travelers the New York Dolls.

Lloyd’s songs are more original than their titles: “Already Gone” is not an Eagles cover (thank goodness). The album’s opener, “The Knockdown” trades in the sort of guitar interplay that made Television so exciting. But Lloyd’s musical foundation is rooted more in accessible melodicism than is the work of former foil Tom Verlaine. “Secret Words” takes one of the most worn chord progressions and somehow breathes new life into it.

Why Lloyd hasn’t had greater success is something of a puzzle; he’s little-known as a solo performer, even though he releases albums and plays live. Lodestones shows itself to be the product of an artist with sharp commercial sensibility, superb guitar skills and a knock for melody. The release is dinged slightly for relatively uninspired cover art and a complete lack of detail (who played what, when?). And there’s nothing particularly revolutionary about Lodestones, but it’s a damn fine album that deserves a wider audience. And that’s enough.