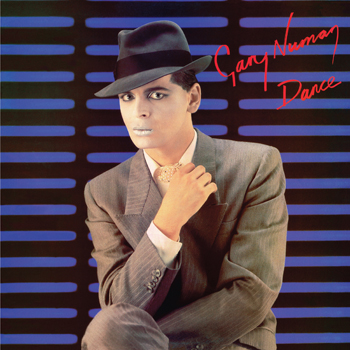 Casual listeners’ knowledge of Gary Numan’s body of work often doesn’t extend his hit single “Cars,” a track from his 1979 solo debut The Pleasure Principle. And that’s unfortunate, because Numan’s work has been consistently fascinating. He has released 20 solo albums to date (including two collaborative releases) and his most recent, 2017’s Savage (Songs from a Broken World) ranks among his best.

In 1981 Numan released his third solo set, Dance. Titling the album thusly was an example of Numan’s deadpan humor (a quality underappreciated among those who focus on the cold robotic persona displayed in the “Cars” video).

While Dance is very much an electronics-based album, songs like “Slowcar to China” make effective use of fretless bass guitar (courtesy of Japan’s Mick Karn), violin (Nash the Slash) and “real” drums (played by Roger Taylor of Queen). Dance is very much of its time, yet somehow feels less dated than similarly synth-centric releases of its era.

There are indeed danceable tunes on the album (“Night Talk” is one) but overall Dance is a moody, hypnotic set of tunes that collectively possess a kind of late-night vibe. Despite the electronics, there’s an organic, exotic feel to many of the album’s songs. Modern-day listeners may not an aesthetic similarity to David Bowie’s Berlin trilogy (“Heroes,” Low and Lodger), most explicitly in the nearly ten-minute “Cry the Clock Said.”

The original 1981 release of Dance figuratively and literally compressed 50 minutes’ worth of music onto a single album, sacrificing fidelity and volume in the process. For the 2018 reissue from Beggars Arkive, the music has been spread across three LP sides, giving space for the music to breath. The new purple-vinyl reissue appends the original album with a new extended version of “Moral,” plus a singe (“Stromtrooper in Drag”), three b-sides and an outtake of the title track.