Barnes went on the road with Deniece Williams, too, and sang the male part of the Williams-Johnny Mathis duet, “Too Much, Too Little, Too Late.” Initially, he did his part from backstage, but headliner Lou Rawls insisted he come out and sing at center stage with Williams. “Plus,” Rawls told him, “I’m gonna get you a Johnny Mathis mask, because too many people are coming to me after the show saying, ‘Why didn’t Johnny come out?’” Luckily, Rawls never made good on that threat. 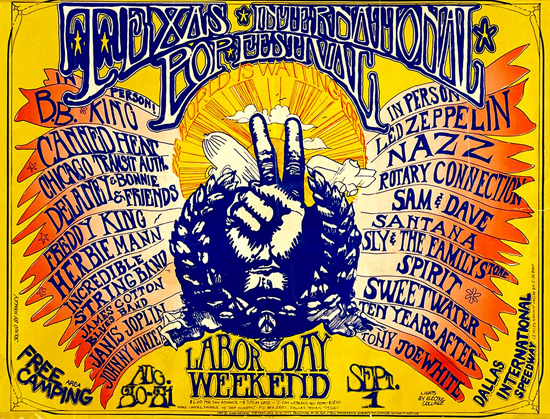 Barnes also toured with Riperton. At a Las Vegas show in which she was doing a scene from Snow White, Riperton sang a lyric from “Penny in the Well.” “She sang the words, ‘I’m wishing for the one I love to find me,’ Barnes recalls, “and my line was, ‘Lady, you don’t get nothin’ in Vegas for a penny.’ But nobody laughed.”

So Riperton wanted to take the line out of future shows. But Barnes had an idea, and suggested they try it one more time. Barnes picks up the story. “The next night, everybody’s nervous. Minnie didn’t even know what I was gonna do. So, she sings, ‘I’m wishing for the one I love to find me,’ and she throws the penny. And I said, ‘You ain’t gonna get shit in Vegas for a penny,’ and the room erupted. All I did was add that word: Shit.’”

Charles Stepney had plans to produce a solo album for Barnes, but he died halfway through completing Minnie Riperton’s album Come to My Garden. Instead, Barnes teamed up again with his old friend George Clinton, by now leading Parliament/Funkadelic. He also did work for Chaka Khan, Donny Hathaway and many other artists, while moving into making music for film, television and commercials. By the early 1990s he would be living in Chicago in semi-retirement, but continued to write songs and make demo recordings.

His longtime partner died near the end of that decade, and after a period of mourning, Barnes decided he didn’t like being alone. “Some guy was giving away computers, and I didn’t know nothing about ’em,” Barnes says. “But I said, ‘Give me one.’ I took it home and got on the internet.” One thing led to another; he fell in love with his current wife. “But she said, ‘You know you’ve got to move to Asheville, North Carolina if we’re going to be together,’” Barnes says. “And I said, ‘Sure, okay.’ I had never heard of Asheville.” Barnes moved from Chicago in 2000. 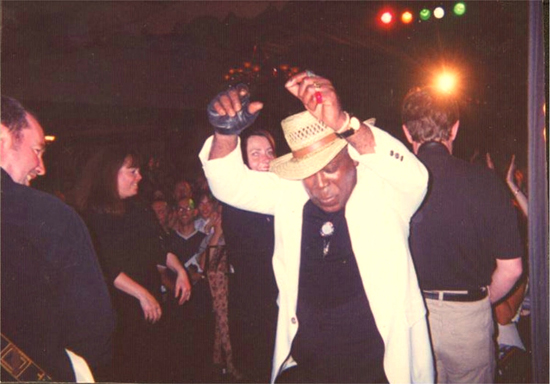 Meanwhile, his retirement wasn’t working out. He had long since developed a good and successful working relationship with composer Joel Goldsmith on films like Love at First Bite (1979) and Baby: Secret of the Lost Legend (1985). After Barnes moved south, he was contacted once again by Goldsmith, who had plans to do some collaborative recording projects. “It was always his goal to cut albums with me,” Barnes says. Goldsmith soon visited Asheville. “We got together. He came up to the house, we had a good time, he went back to California, and he died a month later.”

A few years earlier when still living in Chicago, Barnes discovered to his great surprise that a number of his early sides had become popular in England, part of the growing interest in Northern soul. “I was working as a doorman at the time,” he says. “This guy came up to me and said, ‘We’re gonna do a video on you for the people in England.’ I’m going, ‘For what?’ He said, ‘Your records are big over there.’”

The interaction would eventually lead to the first of what are now more than a dozen transatlantic trips for Barnes. “We stay at fans’ houses,” Barnes says. “They’re like family. We made friends that we still hear from today.” Some of his Red Bird singles had been rediscovered, along with his later work with George Kerr, George Clinton and J.J. Jackson. As he understands it, this new-found appreciation is built upon the fact that unlike many other pop stars of the rhythm and blues, soul, funk and rock era, Barnes not only sang his songs, but he often wrote and produced them. Today he’s far better known in the UK than he is back at home. And he enjoys performing for and connecting with his new fans. “They tell me about songs I did that I don’t even remember!” he says.

Barnes cut a new song in England, “Standing on Solid Ground.” At first the single went nowhere, but a remixed version a few years later was more successful. Interest in that recording – plus his massive back catalog of work – led Barnes to write an autobiography, also titled Standing on Solid Ground, published in 2012.

More recently, Barnes has teamed up yet again with his lifelong friend and collaborator, George Clinton. “I’d work with him occasionally on new songs,” Barnes says. “I’m all over his last album.” And now the two men have announced plans to make a motion picture. “George and I decided a long time ago that by the time we got to a certain age – which is about now – if we don’t have any big money coming off the records, we’re going to do something,” Barnes says. They decided to pursue a long-gestating idea for a movie. “George put it in my lap, because I’m not committed [to other projects] like he is. He’s still gigging.” 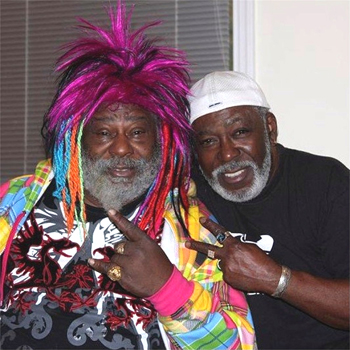 Barnes describes the project – with the working title Rhythm n’ Blues: The Movie – as an homage to the people who inspired him and Clinton. “A lot of people write about that era; they use the music in movies and all that,” Barnes says. “They know about Chuck Berry and Little Richard, but nobody’s really made a movie that reflects what those early artists went through on the chitlin’ circuit.”

Describing the planned film as a docudrama, Barnes explains that it’s centered around an early 1950s radio station changing its format to play music aimed at black listeners, and the ways in which that changed peoples’ lives. The entire plot is somewhat involved, but the script features a local mobster character to be played by George Clinton himself.

The irrepressible Barnes shows no signs of slowing down as he approaches his 77th birthday, even as he and his wife have moved from Asheville to that smaller city nearby. After a career filled with twists and turns, he shows no interest in resting on past glories; at the conclusion of our several-hour conversation in my living room, Barnes hands me a homemade CD-R. It features fifteen songs in a variety of styles, highlighted by a warmly sentimental funk number called “Old School Music.” With Barnes singing his own lyrics about “vinyl 45s with a big hole in the middle,” it sums up much of what is special about this singer, songwriter, producer, arranger and performer.