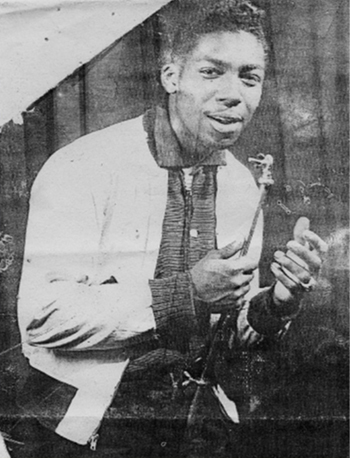 Sidney Barnes’ early recordings and songwriting efforts are prized by aficionados of Northern soul. But that music represents only a fraction of his massive body of work. Barnes has had a career spanning more than five decades, and he’s worked extensively in a dizzying variety of genres: doo-wop, soul, rhythm and blues, blues, jazz, funk, pop, rock and psychedelia. Along the way, he’s crossed paths – and often collaborated with – many of the biggest names in music, including Berry Gordy, Marvin Gaye, Van McCoy, Little Anthony & the Imperials, Bobby Darin, Chaka Khan, George Clinton, The Shangri-Las, The Chiffons, The Dramatics, Lou Rawls, Ramsey Lewis, Deniece Williams and countless others. He was a founding member of Rotary Connection, one of the earliest multiracial groups, and one that influenced artists as diverse as Elton John and Earth, Wind & Fire. Through his long career, Barnes wrote and recorded for many now-legendary American record labels including Red Bird, Motown and Chess. He’s still active today, working on development of a motion picture that chronicles the early days of American rhythm and blues.

In person, Barnes is something of a contradiction. He’s boisterous and engaging, larger than life and full of colorful stories that he relates with equal parts earthiness, panache and humor. Yet he’s surprisingly modest, small in stature, and sometimes soft-spoken. Clearly proud of – and more than a little amazed by – his staggeringly long list of credits, today Barnes is a very down-to-earth 76-year-old who lives in a small town (less than 5000 people, 85 percent of whom are white) nestled among the mountains of North Carolina.

In some ways, that North Carolina town is not too different from the tiny mining town of Welch, West Virginia where Barnes was born. The families of both his parents were “country,” he says. “My mama came from a big family of girls. My grand-mama told her, ‘Don’t marry him, because he ain’t no good.’ Well, she married my daddy, and he turned out to be the best husband in the bunch!” Barnes was an only child, and his parents doted on him. He recalls his dad as “a special guy. He wasn’t very educated, but he could fix anything, do anything.” And Barnes’ mother was artistically inclined. “She could write, draw, and she had a beautiful singing voice,” Barnes says. “And they both loved me to death.”

Barnes’ parents encouraged creativity in their son. “My mama saw at an early age I wanted to get into the arts, and she encouraged me,” he says. “She bought me drawing things, and she taught me what singing was.” But the music that young Sidney heard at that point didn’t come from high-profile black artists of the era like Duke Ellington, Ray Charles, Billie Holiday and Louis Jordan. “We were from the country,” Barnes points out, “so it was bluegrass. I grew up [listening to] Ernest Tubb, and all those great bluegrass harmonies.” 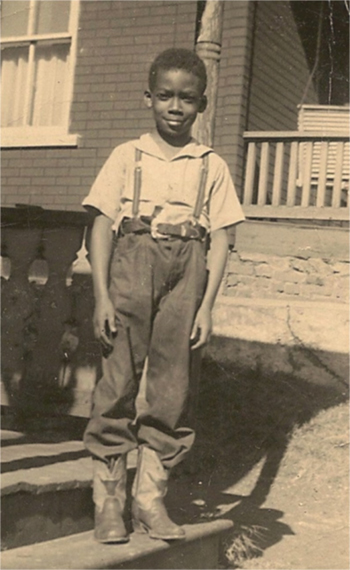 een around white people most of his life, but an early incident made a serious impression upon him. A white lady saw Barnes one day and spoke to him from her porch. “What do you want to be when you grow up?” she asked the young boy. He replied that he wanted to be a sculptor. “You can’t be a sculptor,” she replied. “There are no black sculptors. What else?” He offered some other ideas – an artist, a photographer – but the woman wouldn’t hear of it. “No, your better chance, son, is wanting to be a porter. Be a good porter or a good waiter,” she said. But even at that young age, Sidney Barnes knew he was destined for more.

Like most men of the region, Barnes’ father worked in the West Virginia coal mines, but he didn’t want that life for his son. He eventually moved his family, first 130 miles east to Roanoke, Virginia, and eventually 250 miles northeast to the nation’s capitol, Washington D.C. Barnes laughs heartily as he recalls his father explaining the moves. “He told me, ‘I left the coal mine, son, because I didn’t want you growing up working in the coal mine.’ And I’m thinking, ‘Daddy, you didn’t have to worry about that. You could’ve stayed there and I wouldn’t have been in the goddamn coal mine!’”

By the time Barnes’ parents settled in Washington, D.C., rhythm and blues had started to happen. And being in a big city meant that – unlike in the West Virginia mountains – he could hear black music on a radio station. “We turned on the radio in Welch, and we heard bluegrass and gospel,” he says. Tuning in to Nashville AM radio station WLAC, he heard influential deejay John Richbourg, known on air as “John R.” Newly exposed to acts like the Midnighters, the Five Keys and Joe Turner, Barnes thought, “Damn, I like that. I like the way that sounds.”

Barnes made a point of listening to Richbourg’s show every night. And his love of music soon led him to put together a series of doo-wop vocal groups. “Nobody ever asked me to be in a group,” he laughs. “I was always the guy putting the groups together, and getting who I wanted in it. I ended up with Marvin Gaye, Van McCoy and Herb [Feemster], later of Peaches and Herb.”

Gaye and McCoy would remain in Barnes’ group only briefly. “Marvin couldn’t hang too long, because he lived in the Northeast part of town, and I lived in the Northwest,” Barnes says. “We couldn’t go over there and rehearse too much, because I’d get beat up.” And McCoy, who lived in D.C.’s public housing projects, had pressure from his mother to quit. “Spiritually, she kinda felt funny about it,” Barnes says. “He had a group with his brother, so she had rather that Van be with them. So he left.” 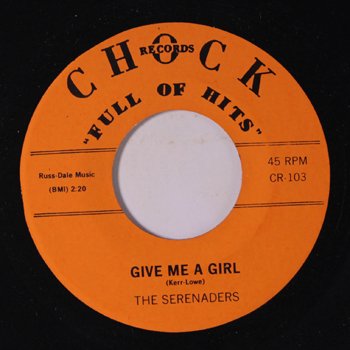 Barnes was very happy with Feemster. “The prettiest voice I ever heard was Herb Feemster singing,” he says, noting that most of the other vocalists he auditioned lacked originality, sounding too much like Little Anthony or the Teenagers.

Now known as the Embracers, the fledgling group soon headed to Washington’s Howard Theatre. “That became my second home,” Barnes says. There he says he “developed this insatiable, out of control desire” to get into music. “My mama said to me, ‘If the house was on fire, you wouldn’t get up. But if there was rehearsal early in the morning, you’d be up and dressed and everything!’ My boys used to tell me, ‘Man, you’ll kill us rehearsing,’ because I didn’t know the rehearsal was actually making us better.” Barnes simply enjoyed the experience of singing harmony.